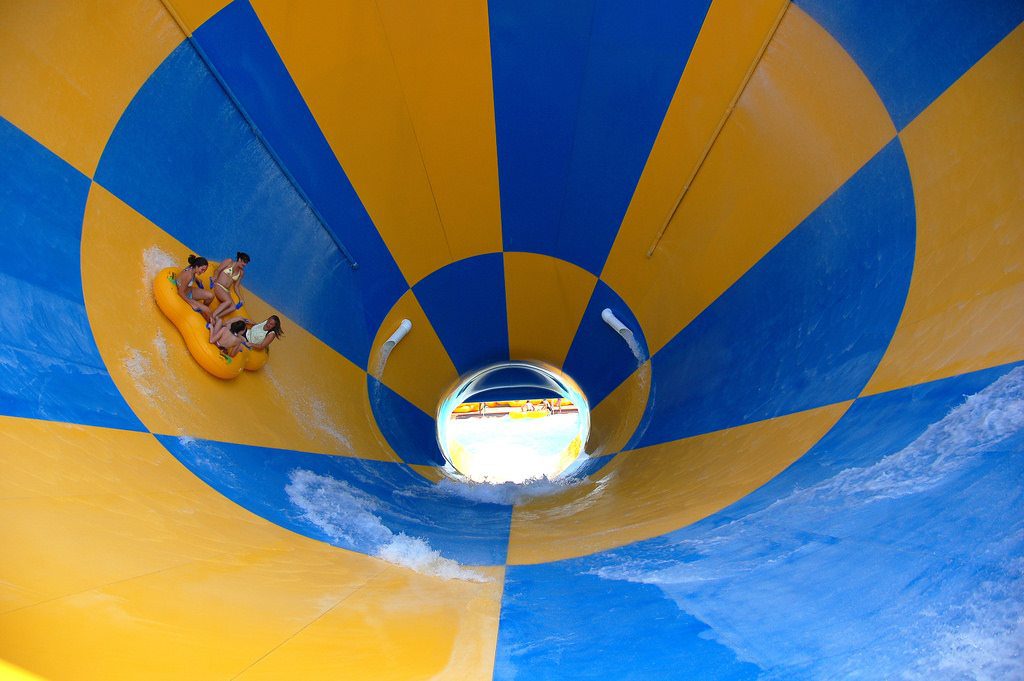 Skift Take
Six Flags Entertainment is continuing to look for ways to bring visitors to its parks without shelling out a ton of money on expensive new construction. We’ll be interested to see how many existing water parks the company can bring into the fold — and how crowds will respond.
— Hannah Sampson
Share
Tweet
Share
Post
Send

Six Flags Entertainment is looking to make a bigger splash in the world of water parks.

The regional theme park company, which already has water attractions within or near  most of its properties, wants to add more as a way to drum up additional season pass sales at higher prices and boost attendance without making significant new investments.

“I’m especially excited about the potential to bundle our existing theme parks in a market with a nearby water park to offer combo theme-and-water park season passes,” president and CEO John Duffey said.

During a quarterly earnings call Wednesday morning, executives with the Texas company said they had seen a big uptick in sales in Mexico for season passes that include Six Flags Mexico and a just-opened water park in Oaxtepec roughly 50 miles away. They’d like to do the same elsewhere, and with 19 parks in the U.S., Canada, and Mexico, there are still opportunities. Only parks in San Francisco and Montreal have no water park element.

Duffey said that in Mexico, the company took over operations of an unprofitable water park at no cost and committed to investing $18 million in upgrading it. In other cases, he said, the company may acquire or lease a standalone water — or even theme — park and boost its profitability by bundling season passes with an existing Six Flags park.

“Taking over the operation of existing water parks allows us to expand our capacity and attendance with minimal investment providing a quick payback and high return on invested capital,” Duffey said. “We will look to accelerate this strategy in other markets as opportunities arise.”

Calling the idea “interesting” and “something we haven’t really thought about much,” analyst Barton Crockett of FBR Capital Markets asked if the strategy could work at those locations that already have water activities.

“We think that there’s opportunity even at those locations that have existing water parks where we could potentially acquire a water park maybe in one of the outer markets so it would basically expand the size of the market for us,” he said.

The company discussed the new strategy as they lauded the “excellent start” to 2017. First-quarter numbers were lower than the same time last year because Easter and related school breaks fell during March in 2016 instead of April this year.

After announcing during the first quarter an agreement for two Six Flags parks — one theme, one water — to be built in Bishan, China, Duffey hinted that more announcements about international licensing agreements were on the way.

“We have multiple ongoing discussions with high-quality potential partners around the world, some of which we intend to announce very soon,” he said. “These deals are very high-margin for Six Flags and have minimal financial risk since they do not require us to invest any capital.”