What’s the Next Step for Airline Premium Economy? 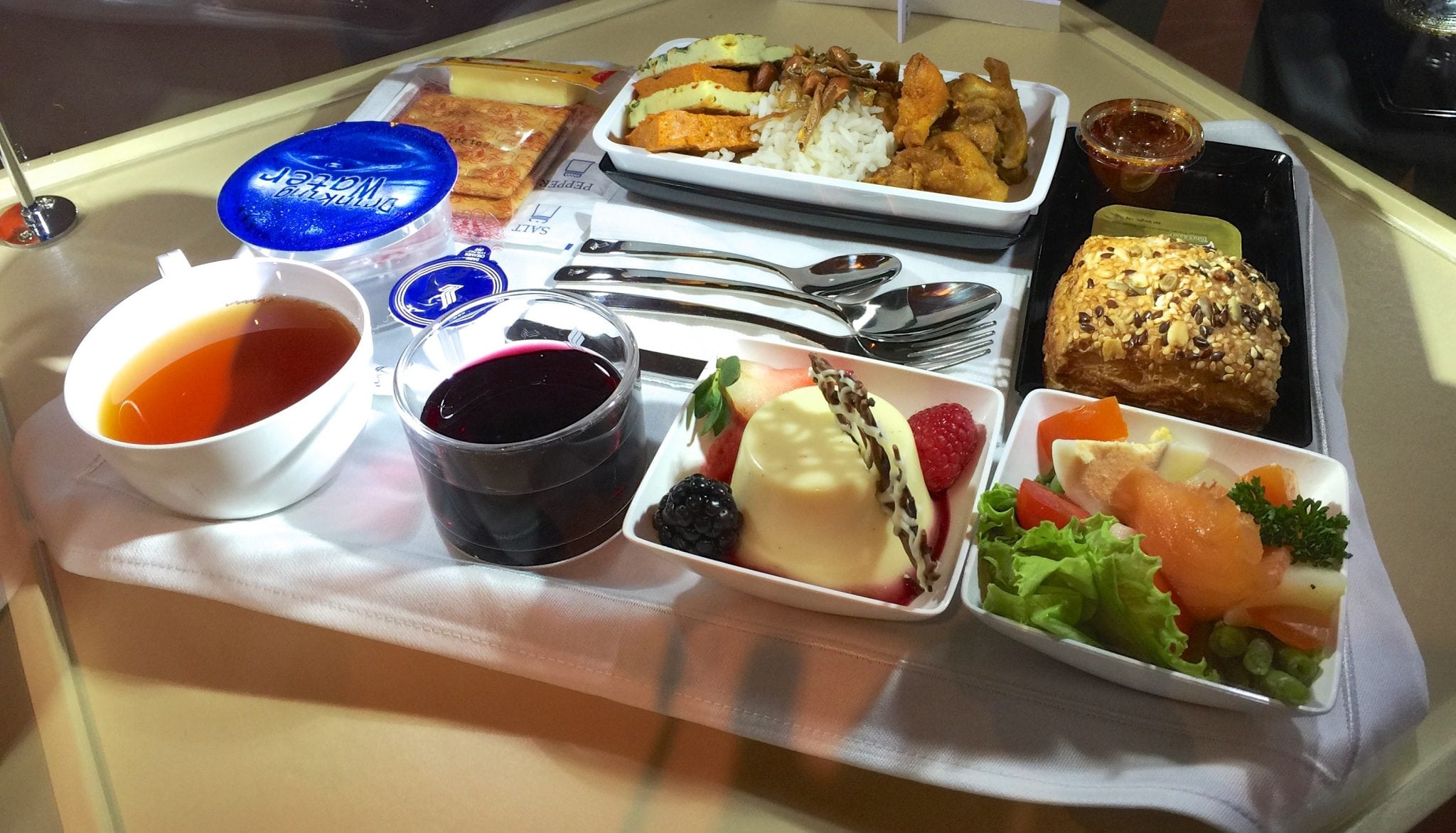 A surprising number of airlines held out against adding premium economy as long as they could. But now most big airlines have added it or plan to. That's good news for passengers who want a little bit more space at a reasonable price.

Most airlines practice risk-averse strategies for cabin updates — and for good reason. Adding new seats is costly and time consuming, and airlines often prefer to stick with what they know works, even if it may cost revenue, long term.

In recent years, business class has been an exception, since carriers know they can’t go a decade without upgrading to the newest flat-bed technology. They may not like replacing still-viable seats, but premium customers demand the newest goodies.

In economy, however, change comes slowly. That’s even true in premium economy, a class some airlines have had for more than two decades, but one that is only now reaching critical mass. Many airline insiders long understood the cabin’s potential niche, as an option between coach and business class, but some did not want to invest in the expense of installing it.

To be sure, premium economy isn’t a new trend. But in the past three years, many holdouts realized they had to give consumers what they wanted. In the United States, American Airlines and Delta Air Lines are adding true premium economy cabins on long-haul aircraft, and United Airlines is considering it. Elsewhere, Iberia Airlines just added a new cabin, while Emirates and Aer Lingus soon may follow. And plenty of other airlines, including Lufthansa, Singapore Airlines and Air Canada, have cabins that are only a few years old.

In recent months, Skift has been asking airline executives about premium economy. We’ve wanted to know why it has taken so long for some airlines to offer the product, and how the cabin may evolve. Here’s what we learned.

Buy up, not down

When airlines started installing premium economy, some feared the new lounge-style seats might cannibalize one of their most profitable products, flatbed business class.

But most say that has not happened. Instead, they say, premium economy pulls passengers from economy class.

That makes sense, as there is generally a wide chasm in comfort between premium economy and business. The average premium economy seat is about 18 inches wide, with perhaps 37 or 38 inches of pitch. Business class seats widely considerably, but a solid product might offer an 80-inch bed that’s 22 inches wide.

“I think once somebody gets used to and can get away with the company purchasing the flatbed seat internationally, they can’t buy down,” said Ben Smith, Air Canada’s president for passenger airlines. “The buy up is for people who cannot justify the price of a business class seat.”

“Our view is that business class will keep developing and will be increasingly comparable with a hotel experience, with lie-flat seats and outstanding food,” he said. “It requires a certain seat size and a certain service proposition that will always imply a price that not all consumers are capable or prepared to pay for.”

There are exceptions. Willie Walsh, CEO of International Airlines Group, owner of British Airways, Aer Lingus and Iberia, told Skift recently that sometimes passengers buy business class for overnight flights from North America to Europe, but fly the other direction, during the day, in premium economy. British Airways and Iberia already have premium economy, and the company may add it on Aer Lingus.

“It’s always the debate, ‘Will this be trading up or trading down?” Walsh said. “The truth of it is, you’re going to have to give the product that your customers want. More and more customers like that product and want that product so we believe that introducing it is a revenue positive initiative. That’s certainly been the experience in British Airways. With the modeling that we’ve done for Iberia, we believe it will be revenue positive as well.”

At most airlines, premium economy is most popular on the longest routes, so long as its priced appropriately, said Campbell Wilson, senior vice president for sales and marketing at Singapore Airlines.

“It’s not a product category that is well known in every market,” he said. “It also has a bias towards medium to long haul flights. People see the value for opposition of paying 1.5 times, maybe up to 2 times more than an economy seat. Markets where it’s familiar and where the sector link is appropriate, like [Singapore to] Australia, Europe, North America, and northern parts of Asia, perform well.”

The business case is similar at Air Canada, said Mark Nasr, managing director for loyalty, eCommerce and ancillary revenues. He said on some routes, where it is better known, customers tend to search for premium economy, specifically buying a premium economy seat at booking. On others, customers, passnegers might buy-up at the last minute, or bid for it on the airline’s auction platform.

“Because it’s still a new product in North America, relatively speaking, there tends to be not the same level of awareness that there is certainly in the UK and Europe and other markets where the product is more mature,” Nasr said. “There is a segment of the population that’s still discovering that premium economy is a thing and if they’re doing it they can largely be doing it at check-in or post-purchase.”

Many airlines target two types of customers — business travelers on tight budgets who cannot afford a flat-bed, and leisure customers who typically fly in economy but want a better experience at a reasonable price.

“We see small business enterprises, [as well as] a lot of elderly people traveling and visiting friends and relatives,” said Rupert Hogg, Cathay Pacific’s chief operating officer. [There is] quite lot of student travel, a lot of parents traveling to see their student studying overseas, and very little down-trading of genuine, business corporate travel. It’s definitely fit in a niche for us.”

In recent years, two carriers — Turkish Airlines and Air New Zealand — have pulled premium economy seats from airplanes. Each airline’s product had similar issues: Its seats were too spacious, and the carriers could not always charge enough to recoup their costs.

On its Boeing 777-300ERs, Turkish had extra-wide seats that were 19.5 inches wide with 46 inches of pitch. That was luxurious for customers, but it meant Turkish could only fit seven seats across, rather than the eight Lufthansa and other airlines have on the same plane. Customers weren’t always prepared to pay a premium to fly Turkish over its competition, so the airline dropped its international Comfort Class, with the last seats disappearing in 2016.

Turkish’s problem was a learning experience for some airlines, including Air Canada, which introduced its premium economy class in 2013. Air Canada’s Smith said he doubts airlines will rush to add substantially roomier seats, at least not soon.

“You could give two or three extra inches of space,” Smith said. “We saw Turkish do it, and no one is willing to pay for it. You can get a pretty good recline with 37 or 38 inches, and I don’t see the seat going wider.”

Air New Zealand’s issue was similar. In 2010, it installed what it called its “space seat” on its Boeing 777-300ERs. The seat didn’t offer much more legroom or pitch than others, but it looked more like a business class seat, and gave passengers more privacy than other premium economy seats. But Air New Zealand recently announced it is reverting to a more traditional premium economy seat on its 777-300ERs. It’ll go from six seats across to eight, and the new seats will match what the airline put on its Boeing 787s.

“The problem …. was one of economics,” John Walton, a reporter for the RunwayGirlNetwork, wrote on a column. “The 2-2-2 cabin made little sense on the 777 cross-section where other airlines were offering 2-4-2, and the seat never even made it to the Dreamliner for which it had been designed.”

Progress may come in service, technology and perks

On an airplane, space comes at a premium, and carriers can’t offer big seats if customers don’t want to pay for them. But several airline executives say they suspect premium economy can evolve and improve for passengers, even if the seats don’t get much larger.

Cathay Pacific is one of several carriers making slightly improvements to premium economy to make it more luxurious without markedly changing the cabin’s footprint.

“We’re basically putting full leg rests in all of the seats, the first instance it was only the front row that had it, and in most of our aircraft we’re increasing the pitch a bit as well,” said Hogg, its chief operating officer. “Then we’ve introduced a new Premium Economy seat for the A350-900, so that has new, better, higher resolution inflight entertainment, et cetera.”

Other airlines have similar plans Qantas recently unveiled a new seat it claims is far better than the carrier’s current-generation offering. It will be slightly wider, but it will also have other goodies, like a screen 25 percent larger than the current model. The seats, which will be introduced on the Boeing 787-9, also feature five individual storage compartments and two USB charging points.

Other airlines, including Air Canada, are thinking about food. On most carriers, premium economy meals are better than economy class, but not opulent as business class. That could change, especially if airlines discover passengers want to pay slightly more for a better experience. Airlines might also upgrade their china or cutlery to match business class standards.

Air Canada’s Smith said he does not expect an arms-race in premium economy, with carriers rushing to outdo their competition. But he cited several areas where carriers might be able to innovate, cost-effectively.

“Do you need a dedicated lavatory?” he said. “Do you need to have an enclosed cabin perspective? How much better does the food actually have to get it? Those I wouldn’t call arms races, just an evolution.”

Photo credit: A Singapore Airlines premium economy meal. Airlines are wary of allocating too much room to premium economy, but many are upgrading other parts of the experience. FCMedia