5 New Travel Startups From India That Have Momentum India's public company stars MakeMyTrip and Yatra get all the attention in travel. But several startups have the execution chops and the support of experts like Sequoia Capital and Amadeus to thrive in providing services to the country's online population, now numbering more than 400 million.

The hottest travel startup at the moment is probably Ixigo, a travel search company. After several shifts in its business focus since its 2007 founding, the Gurgaon-based company hit its stride in the past couple of years by becoming a multi-modal marketplace for hotels, activities, air fares, cabs, and train tickets — including a rail booking app, which has been downloaded nine million times.

This winter Sequoia Capital India and the Chinese conglomerate Fosun are said to be looking to invest. Ixigo has already raised $18 million from investors like SAIF Partners and MakeMyTrip. PressPlay is an on-demand content startup that is like if Netflix and Gogo had a love child. It has installed 3,000 wifi hotspots on trains, long-distance buses, railway platforms, shuttles, hotels, and other travel areas to let users stream the company’s archive of video content without paying for internet data consumption— its so-called “over-the-top content” delivery model. It makes money by selling ads.

>>Skift Take: PressPlay has rocketed since it changed models from when we briefly mentioned it in 2014 as a company that (at the time) rented tablets pre-loaded with content. It has raised more than $2 million in seed funding, with investors including Sequoia Capital India and angel investor Jason Hirschhorn. SavvyMob is a HotelTonight clone for India, enabling hotels to offer mobile-only, last-minute customers discounted rates without launching a price war on their main distribution channels. A year ago, this Bangalore-based business raised $1 million.

>>Skift Take: While HotelTonight has lost some of it early buzz according to The Information, SavvyMob’s specific approach to appeal to Indian millennials via its Android and iOS mobile apps (and its curated approach to selling distressed inventory from more than 160 hotels in 20 cities) could prove sustainable, despite competition from RoomsTonite, which has raised $1.5 million. MindYourFleet, a software-as-a-service platform for car rental and ground transportation companies, provides business-to-business tools for fleet owners to manage their operations, optimize their inventory, and track demand from their corporate clients, online travel companies, and retail customers, in a unified platform. MindYourFleet has signed up several of India’s biggest car rental, cab, and tour brands, such as Fab Cars and Metro Cabs.

>>Skift Take: Founded in 2014, MindYourFleet has gained traction, as legacy players try to catch up with new entrants like Ola and Uber. It has processed more than 100,000 bookings. This month, MindYour Fleet was invited into the Amadeus Next Community, which will give it access to new technology, mentors, and a customer network. That should help it scale. Repup is a guest-engagement software provider for hotels. This month TripAdvisor made it an official review collection partner. On the strength of that partnership, the two-year-old startup expects to grow from the 20,000 rooms it has listed today to more than 700,000 by year-end.

>>Skift Take: Repup is bringing a version of the early Revinate/ReviewPro/TrustYou model to Indian properties. That model has been proven to work elsewhere. Repup helps cope with an issue that keeps many general managers up at three in the morning: “How can I improve my TripAdvisor score?” 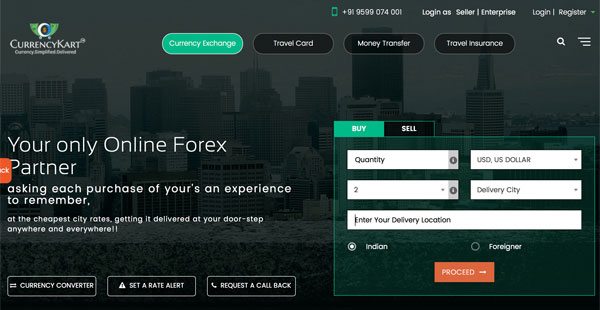 CurrencyKart launched in February 2016 and is led by CEO Neha Gupta. She has essentially built a matchmaking site that helps travelers find money changers in several major cities.

>>Skift Take: CurrencyKart has signed a deal for promotion on online travel agency Yatra, which should amp up business. But the startup will have to execute cautiously. Several Indian startups based on the marketplace model have struggled in India, such as Tushky, a tours-and-activities marketplace that shut down last year.

Photo Credit: Indian women on a train in Mumbai. Travel booking in India is moving online, and local startups are cashing in. Rafiq Maqbool / Associated Press