United Airlines Is Improving But Now It Needs to Deliver 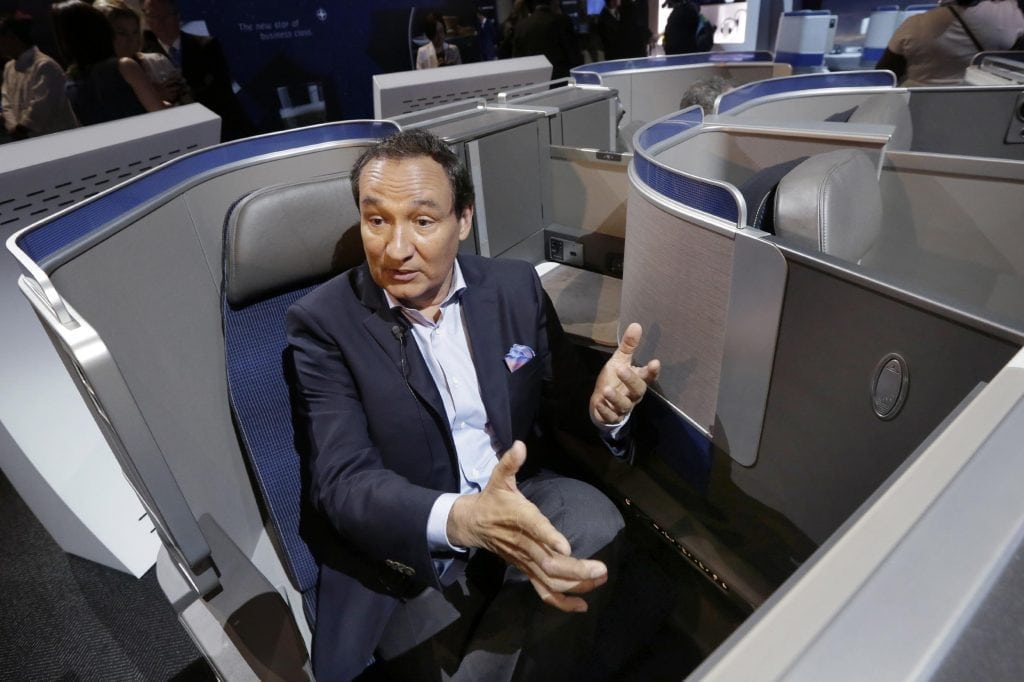 United has engendered a lot of goodwill because of the hirings of Oscar Munoz as CEO and later Scott Kirby as president but investors are impatient to see better bottom-line performance.

United Continental Holdings Inc., longtime laggard of U.S. airlines, is up 41 percent since late June as investors buy into the troubled carrier’s promise of an imminent turnaround.

The next five weeks may tell if that faith is well-placed.

United’s new president, Scott Kirby, an airline industry star — plucked soon after he parted ways with American Airlines Group Inc. in late August — will join a conference call Tuesday, after the carrier reports earnings late Monday. It will be the first time he’s spoken publicly since joining the company, during which time United shares have risen 13 percent. Now the question everyone wants answered is whether Kirby, who has a proven knack for turning around airlines, can help revive United and start filling its coffers anew.

“When are they going to produce?” asked Jim Jackson, a former airline consultant who owns about a thousand United shares, voicing a common refrain among investors.

United has been pledging for months to improve profitability and catch its rivals, particularly Delta Air Lines Inc. United CEO Oscar Munoz on June 21 laid out a broad proposal to find another $3.1 billion a year through extra revenue and savings. He’s proposing accomplishing this by selling more premium-cabin seating and switching to larger airplanes. More details are expected in November at an investor day presentation. How convincingly Kirby, 49, and Munoz, 57, present their case may go a long way in satisfying Wall Street, not to mention passengers, that Chicago-based United is worth another look.

Munoz has made some progress since joining the carrier in September 2015. Its reliability has improved, and after years of battling labor unions, United has all of its major employee groups under contract or nearing a contract vote for the first time since the 2010 merger. But much work still needs to be done and shareholders will be looking to Kirby for answers when he finally speaks on Tuesday. Here’s what they will be looking for:

Delta’s average fare per mile was 16.6 cents last year, or 6 percent higher than United’s 15.7 cents. American was slightly ahead of United by earning 15.9 cents a mile. Delta can charge more because it offers better service and reliability, said Andrew Meister, an analyst at Thrivent Financial for Lutherans, which holds about 3.5 million Delta shares and smaller stakes in United and American.

“A Best Western can’t charge as much as a Westin,” he said. “Delta gets me there on time, it’s a better experience, and United doesn’t.”

Signs of United’s improvements aren’t that hard to see, notwithstanding a computer disruption that led to cancellations and delays last week. While its on-time arrival rate lingered behind most U.S. airlines for several years, the carrier has improved since fall 2015 and now sits fourth among a dozen carriers for the 12 months ending in August, government figures show.

Another plus is the new Polaris-brand business cabin on international jets, which has pod-like suites and lie-flat seating. The new styling has been well-received, but United needs to do more “to convince corporate travel managers and employees that United is an airline worth choosing,” said Henry Harteveldt, an industry consultant at Atmosphere Research Group.

United already boasts arguably the best carrier network for business travelers, with major hubs in Newark, New Jersey, Chicago and San Francisco. Other hubs, however, may be less vital. Suggestions that United should “de-hub” or pull back at Washington’s Dulles International Airport and Los Angeles International Airport have surfaced for a few years and have picked up recently. In June, Wolfe Research analyst Hunter Keay said those two hubs suffer from weak fares compared with other United hubs.

A less drastic step than nixing a hub would be improving United’s airport connections, said Craig Jenks, an airline industry consultant in New York. This might mean bunching several flights to arrive at, say, 4 p.m. with connecting flights departing at 5 p.m., giving passengers enough time to make a connecting flight without making them wait for hours. United tried such a “re-banking” effort at Chicago, Denver and Houston in late 2014.

Kirby was known at American for his disdain for trying to minimize the risk of oil spikes with hedging contracts. Other airlines embraced hedging in recent years and lost hundreds of millions as fuel prices fell. As a result, American enjoyed the lowest average price per gallon among its peers last year, at $1.72.

While United hasn’t said much about Kirby’s activities in the past month, he has privately reassured some investors that he hasn’t started a broad policy of fare-matching with Spirit Airlines Inc. and other ultra-low-cost carriers. Megan McCarthy, a spokeswoman for United, declined to comment on future pricing, saying the airline will evaluate the competitive landscape.

At American, Kirby was famous for ruthlessly slashing ticket prices to successfully beat back competition from discounters. The scorched-earth strategy worked at American, but United’s challenge is to get closer to its rivals’ profit margins, and “you don’t get there by having a pricing war with ultra-low-cost carriers,” Raymond James Financial analyst Savanthi Syth said.

–With assistance from Mary Schlangenstein