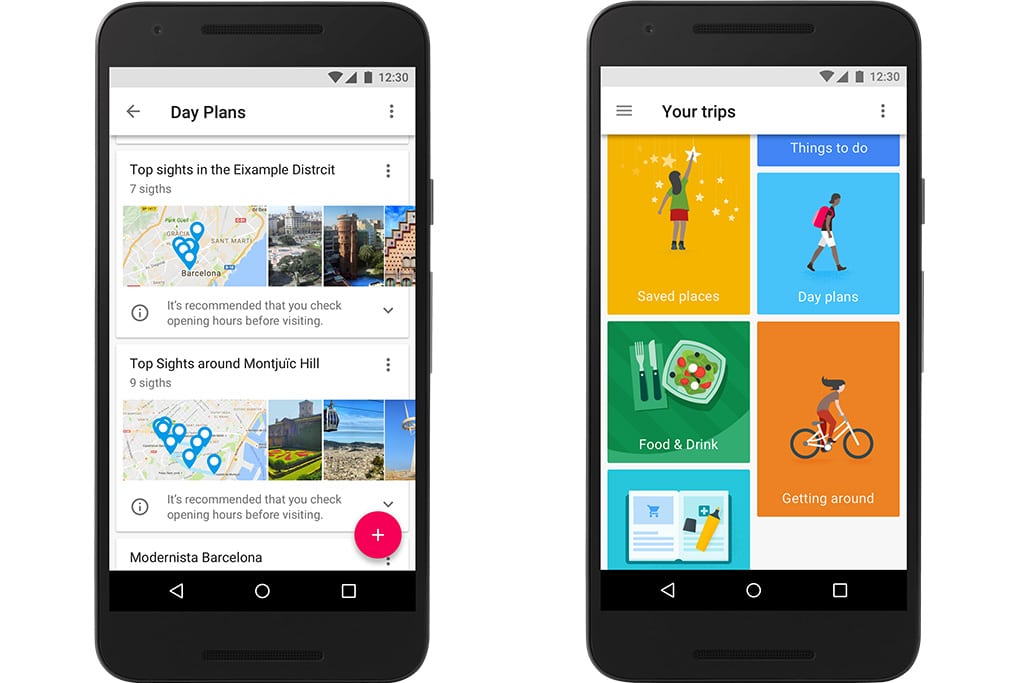 Google already had Google Maps when it added Google Flights in 2011 and later hotel metasearch and booking. With the launches of a destinations app, which pairs flight and hotel bookings, in 2015, and now the Google Trips app for organizing reservations and making tours and activities recommendations, Google's travel business is slowly, if steadily, becoming pervasive. Google can afford to bide its time -- it is, after all, Google.

Google’s steady move into being an even bigger force in the travel industry took a significant step today with the official rollout of its Google Trips app.

The much-anticipated Google Trips mobile app debuted today for English-speaking users worldwide, and it taps into users’ Gmail accounts to aggregate past and upcoming flight, hotel, car rental and restaurant reservations as one of the foundations for making personalized recommendations.

Top Executives From Airbnb, Google, Expedia, and More Are Speaking at Skift Global Forum 2016. Join Us.

The app serves as a TripIt-like itinerary organizer and more importantly covers things to do in some 200 top destinations, suggesting activities based on popular venues and users’ geo-location, the time of day and previous Google searches.

Given Google’s reach, wealth of data, diverse travel products and expertise, the Google Trips app could one day pose competitive issues to companies such as TripAdvisor and Expedia if — or when — Google eventually adds booking capabilities.

The app, which is merely informational for now, extracts past and current reservations and trips for Gmail users; Google plans to support Google Enterprise Accounts, as well, but they aren’t supported in this first release. The app works if users don’t have a Gmail account but without the personalization features.

The free app, available for iOS and Android devices, leverages Google local data and adds some human, editorial curation in recommending an excursion to a nearby restaurant or museum, replete with weather information, how long it takes to get to the destination and how many hours and minutes before closing time.

One of the cool things about the app is that it also works offline and thereby helps users sidestep nasty roaming fees when traveling in foreign countries. Users need to download each trip or itinerary to their phones if they want to use it offline.

Google positions the app like this: “Google Trips is a personalized tour guide in your pocket. Each trip contains key categories of information, including day plans, reservations, things to do, food & drink, and more, so you have everything you need at your fingertips. The entire app is available offline — simply tap the Download button under each trip to save it to your phone.”

Whether you consider it advantageous — or not — the Google Trips app can access your previous trips or reservations that may be several years old based on your Gmail history.

For example, I could view in the app my air, hotel and car rental reservations for a trip in December 2015 to Puerto Rico, as well as for a jaunt to Dallas in March 2010.

These personalized features are available if you log in through your Gmail or Google account; the app works, too, if you aren’t a Gmail user but without the personalization features.

“The app is fully capable without logging in but you lose some of the content,” says Richard Holden, Google’s vice president, product management.

No Booking Capabilities Yet But the Future Beckons

Holden says Google has done a lot of working on the booking side of the ledger for flights and hotels and felt that it could help users’ activities and travels in-destination through the Google Trips app. There is mega potential if Google one days joins these various products for one-stop travel shopping.

While the app offers myriad ways for a user on the go to access air, car or hotel information and plan a day of touring/wandering around a destination, including attractions, it is all purely informational for now with no booking capabilities.

“You can imagine the future capability [for booking functionality] perhaps,” Holden says.

Google says the suggested attractions are based on previous trips by other travelers, and they are detailed as full-day tours.

There are tiles that show which attractions are open now, which are nearby and ones supposedly “for you,” including the Museum of Modern Art, the High Line and the American Museum of Natural History. Tapping on each attraction brings more in-depth information, including directions, a map and reviews.

A “day plans” category suggests eight attractions in midtown Manhattan, upper Manhattan and the Museum Mile, for example, all plotted on a map. Users can customize their own itineraries, pulling together favorite spots and aggregating them on a  map.

Using Barcelona as an example, Google outlines how itineraries can be customized.

“Say your friends told you that you have to see the Sagrada Familia — and you’re looking for suggestions on things to do around that spot. Press the ‘+’ button in the day plans tile to jump into a map view containing all the top attractions in your destination. If you’re time constrained, you can specify above the map whether you have just the morning or afternoon, versus a full day.

“Then simply tap and pin the Sagrada Familia to build your itinerary around it. Google Trips automatically fills in the day for you. If you want more options, tap the ‘magic wand’ button for more nearby sights. You can pin any new spots you like, and if you want even more, each tap of the “magic wand” instantly gives you a new itinerary with updated nearby attractions like Palau Macaya or Parc del Guinardo, so you can build your own custom itinerary in minutes while munching on your morning churro.”

In addition to day plans, the Google Trips app provides food and drink suggestions, essential need-to-know information, and details about getting around from taxis and ride-sharing services to mass transit and SuperShuttle vans.

And so Google’s evolution in travel continues. Google already had Google Maps when it added Google Flights in 2011 and later hotel metasearch and booking.

With the launches of a destinations app, which pairs flight and hotel bookings, in 2015, and now the Google Trips app for organizing reservations and making tours and activities recommendations, Google’s travel business is slowly, if steadily, becoming pervasive.

Here’s a (very) promotional Google video about the app: