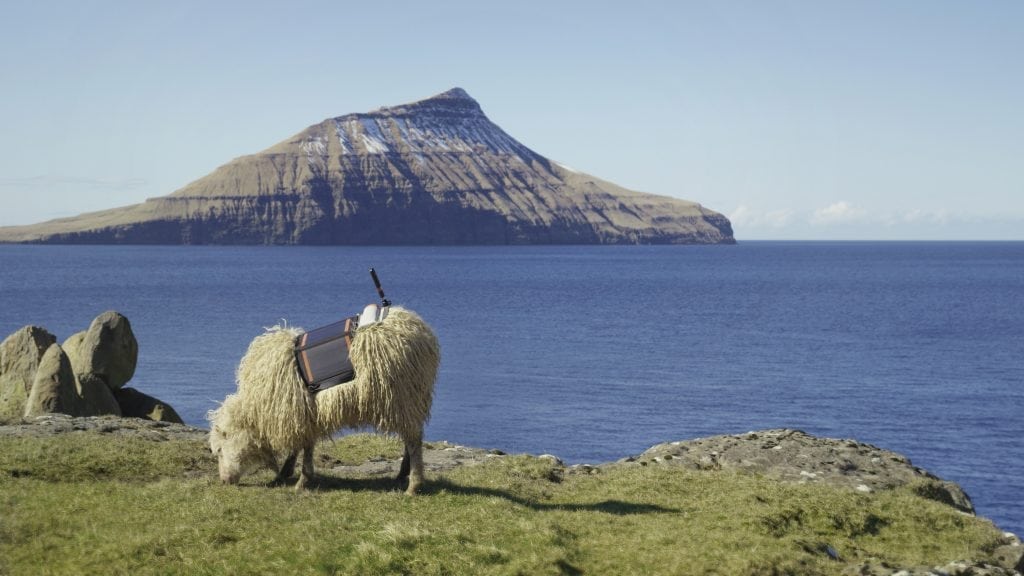 Visit Faroe Islands sees its lack of Google Street View as a hindrance to tourism, so the tourism bureau is making its own "Sheep View." Even if the technology doesn't work perfectly, the project itself is getting attention and might boost tourism anyway.

The tourism board of the Faroe Islands, a remote archipelago between Iceland and Scotland, wants Google Street View badly. Street View is used by travel planners all over the world, and without that research tool, Visit Faroe Islands suspects that potential visitors are choosing to go elsewhere.

Much of the country is inaccessible by car, which is how Google collects its Street View imagery, but Durita Dahl Andreassen, a project manager for Visit Faroe Islands, thinks sheep can do a comparable job and get Google’s attention. The islands have about 80,000 freely wandering sheep, which is nearly twice the number of human inhabitants.

Andreassen photographs the landscape by harnessing a lightweight 360-degree camera to the back of a sheep and letting it run wild, while she downloads images from the sheep’s adventures onto her phone, then uploads them to Street View. Andreassen struggles with damaged cameras as well as reclaiming cameras from runaway sheep, which belong to local farmers.

Regardless of how many images Visit Faroe Islands collects via sheep, they still want Google to come and map the roads, which would lend legitimacy and visibility to the country as a tourist destination. “Who knows, maybe [Google] can also use sheep to get a complete mapping of the Faroe Islands,” says Andreassen about a potential collaboration.

Eco-tourism to the Faroe Islands may have suffered within the last few years due to negative publicity surrounding an annual tradition: the mass slaughter of whales. Whaling is not addressed on the Visit Faroe Islands website.