Skift Take
Perhaps the hardest part for Amtrak will be to make travelers at New York Penn Station forget that they are in the fourth or fifth level of hell. Pretty lights and a good paint job can only take you so far when the infrastructure is literally crumbling around you.
— Grant Martin
Share
Tweet
Share
Post
Send

The current boom in departure lounge development moved from the airline to the train industry last week with news that Amtrak plans to overhaul its current offerings. Starting in Chicago, a major hub for the network, Amtrak’s new lounge features a range of amenities similar to an airline counterpart, including free snacks, Wi-Fi and dedicated assistance. Like the airline model as well, the new Amtrak lounges will also be only available to premium passengers.

Amtrak’s improvements can’t come soon enough as the beleaguered national train service continues to struggle to compete with air carriers and maintain a modern spectrum of products. And though new lounges won’t fix the constant delays that plague the Amtrak network, it may get business travelers to give the product a second look before defaulting to the sky. Perhaps soon, it’ll be a serious consideration for professional travelers.

Looks nicer than some of the United Clubs I’ve been in. The Dutch Half of Air France-KLM Isn’t Happy With the French Half: Jean-Marc Janaillac, Air France-KLM Group’s incoming chief executive officer, faces all of the same labor problems that bedeviled his immediate predecessor as well as one big new headache: an increasingly public schism between the carrier’s French and Dutch units. Read more at Skift

Can the radical ‘Space X’ business class make the middle seat desirable? Most business travellers will do almost anything to avoid the dreaded middle seat, but this novel design could turn it into one of the most coveted spots on the plane. Read more at Australian Business Traveller

Jumbo Jets Facing Demise With Stretched-Out Boeing 777: Another episode in the romance of flight is on its last legs. Read more at Skift

How Smart Airport Design Can Make Spaces More Secure: Gresham, Smith and Partners recently designed a screening area at Norfolk International Airport in Virginia with one major concern in mind: flexibility, so it can adapt to changing security threats. Read more at Skift

Police at U.S. Airports Lack Resources to Protect Travelers From Terror Attacks: Law enforcement at U.S. airports is inadequate to protect against the types of attacks that killed scores in Brussels and Istanbul in recent months, according to a former Transportation Security Administration official and the union representing airport screeners. Read more at Skift

The Airport of the Future Is Coming, But It’s Still Not Here: More airlines are dropping their resistance to participating in the Internet of Things and plan to invest in new technologies to improve the passenger experience, a new survey of executives found. Read more at Skift Proposal to Screen Tourists’ Social Media Accounts in U.S. Presents Challenges: The U.S. Department of Homeland Security submitted a proposal this week to screen social media profiles of all international travelers entering the U.S., including those part of the Visa Waiver Program. Read more at Skift

Here’s an Amtrak Lounge You’ll Actually Want to Visit: Amtrak has never been known for offering luxurious lounges with special amenities like some airlines or other brands do, but our national railroad is working to improve its reputation — starting with the Windy City. Amtrak has unveiled its new Chicago Metropolitan Lounge at Union Station in downtown Chicago, and it’s surprisingly pleasant. Read more at The Points Guy 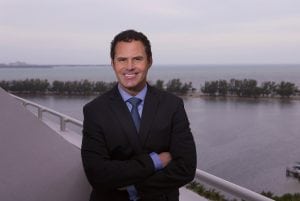 Hotel-Employee Mentoring May Reduce Stress, But Not for the Most-Freaked Out: Some employers frown upon employees becoming too friendly in the workplace, believing it leads to lower productivity. It turns out, though, that combining mentoring and friendships was beneficial for employees at luxury hotel properties in South Korea. Read more at Skift

Interview: Virgin Hotels CEO on Why He’s in the Entertainment Business: Raul Leal, CEO of Virgin Hotels, says the key to success in hospitality today is about developing a loyal and like-minded audience across all age groups, who share values about who they are and how they want to live their lives. Read more at Skift

These Radical Hotels of the Future Emphasize Mobility and Sustainability: Every year since 2007, The John Hardy Group, a global hospitality development consultancy, has hosted a contest called Radical Innovation, asking for designers and architects around the world to submit their concepts for the hotel of the future. Read more at Skift

4 Worries That Keep Hotel Executives Up at Night: The beauty of an annual hotel investment conference is getting the opportunity to speak with a lot of hospitality executives, all in one place. And that’s exactly what Skift embarked on during the NYU International Hospitality Industry Investment Conference in New York City on June 6 and 7. Read more at Skift

See what happens when you try to carry a TSA bin from the security checkpoint through the entire airport here.