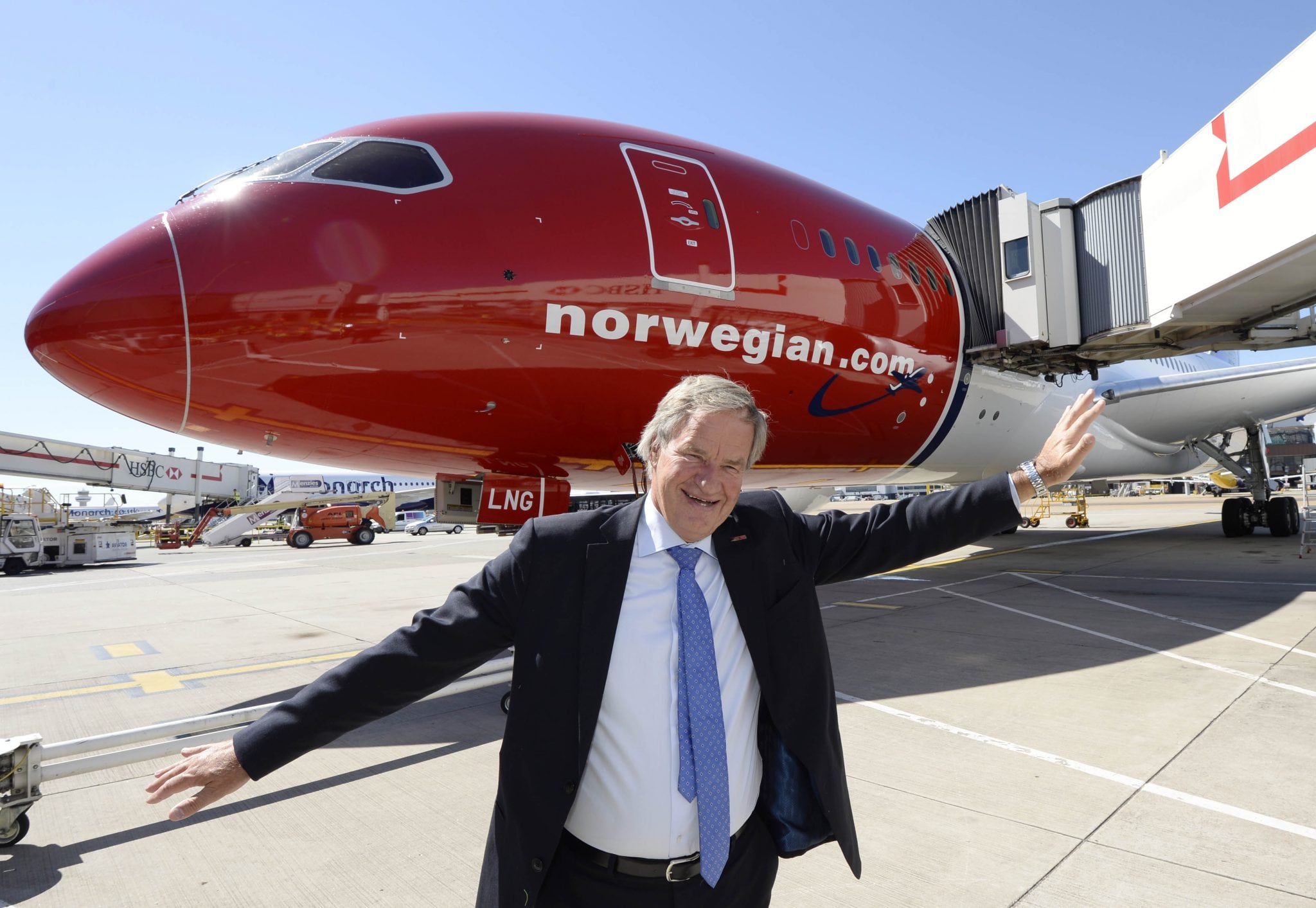 Norwegian hopes to capitalize on its growing fleet to offer Europe's largest network of direct transatlantic routes. Set backs in Cork aside, CEO Kjos wants to put all the Dreamliners and Boeing 737 MAX the airline has on order to good use.

Norwegian Air Shuttle has announced that it will offer direct flights between Paris Charles de Gaulle Airport and New York, Los Angeles, and Fort Lauderdale starting on July 29 of this year.

Speaking with Skift, the airline’s intrepid CEO Bjørn Kjos said that the addition of this new service is only part of significant growth plans ahead both in the Transatlantic market and beyond.

Norwegian already operates domestic European flights to five destinations in Scandinavia out of Paris Orly International Airport, but this is the first time it will fly out of Paris Charles De Gaulle.

Kjos tells Skift the change to Charles de Gaulle Airport was in part driven by available slots and also by issues with noise and emissions at Paris Orly airport.

Asked whether Norwegian would also change its short-haul service out of Orly to Scandinavia in the future, Kjos said that the airline had not yet decided. While not discounting the possibility that some routes could move to Charles de Gaulle Airport, Kjos said any decision to move out of Orly would be driven by available slots.

More Non-Stop Flights to the U.S.

Norwegian offers 38 routes to the U.S. now—which the airline touts as more non-stop routes than its European competitors. Kjos shares plans to expand Norwegian’s network further with new U.S. destinations, and new destinations in Africa and beyond.

Launch of new destinations, and increased frequencies on cities already served, will accelerate as Norwegian receives the 30 Dreamliner aircraft scheduled for delivery through 2020, and more on order.

Kjos travels to Seattle this week to collect the airline’s first 787-9 model Dreamliner. Norwegian will also take delivery of Boeing’s new 737 MAX next year, which the airline will use for additional routes, including a service bridge between New York and Boston.

All Paris flights will be operated on Boeing 787 Dreamliner aircraft.

“We see great potential and demand for our transatlantic service and we will continue to offer customers more direct flights and more affordable fares from additional cities both in the U.S. and Europe,” says Kjos.

One of the popular features of Norwegian’s service in Europe is the airline’s free high-speed Wi-Fi—the airline just celebrated five years as the only airline offering Wi-Fi service on European short-haul flights. However, Kjos tells us limitations on the types of Wi-Fi services certified by Boeing for long-haul aircraft prevent Norwegian from offering Wi-Fi on long-haul flights for now.

“The initial plan was to offer Wi-Fi on the new 787-9, but the current provider is not sufficient enough to meet our expectations,” Bjorn tells us.

The CEO would not discuss what specific service providers the airline is considering but tells us, “The overall plan is to have an even better product than what we offer now.”

Asked whether the market for the Paris route is principally driven by European tourism to the U.S. or U.S. tourism to Europe, Kjos said that Paris is a very attractive city to visitors, and that, “In 2016 we expect the EU market to be interesting to U.S. tourists because of the currencies.”

We also asked Kjos whether about business passenger demand on transatlantic routes. “It’s mainly smart business people flying with our premium class,” Kjos said. “It has increased more and more, our business class, but bear in mind that there are also a lot of people flying on leisure in the premium cabin.”

While the hurdles the airline faces with US Regulators remain unresolved, they have not, for the most part, prevented Norwegian from adding new city pairs and expanding its reach in the U.S. market.

Norwegian experienced a set back recently when its bid to add new routes from Cork to Boston operated under its Irish division Norwegian Air International was denied.  Kjos confirms his disappointment and tell us the airline “wants to start flights from Cork as soon as possible.”

He adds that there is “huge support to routes from Cork,” and labels U.S. regulators decision as “surprising” saying, he believes Norwegian “clearly” meets the requirements to earn rights to serve these routes.

Kjos also leaves open the possibility of a collaboration with the other two major low-cost carriers in Europe (Ryanair and easyJet) which could facilitate a feeder network, with Norwegian transporting passengers across the pond.

“We are looking into that,” he says. “We have a large network in Europe and they could complement us, and give us access to even more routes. We can inspire passengers to fly from A to C not just A to B, get passengers all the way there.”

Norwegian plans to leverage its new aircraft to become “the largest transatlantic airline in terms of routes” in a few years time. It will launch another four long-haul routes from the U.S. prior to its Paris service: Boston-London on March 27; Boston-Oslo on April 2; Oakland/San Francisco-London on May 12; and Boston-Copenhagen on May 17. Kjos also said the airline wants to establish more routes out of Boston, possibly even a base.