Founder of Travel Noire On the Growing Community of Black Travelers Skift Take
People of color are 38% more likely to make a purchase if advertisements are reflective of them, so that should be a wake-up call to travel companies worldwide.
— Greg Oates
Share
Tweet
Share
Post
Send

When she was a young girl in grade school, Ugochukwu and her mother traveled cross country on a road trip to Rochester, MN to escape an abusive home life. She grew up in the Midwest always feeling different because of her Nigerian-American descent, but over the years she says she eventually developed that into a strength and source of resolve.

While attending University of North Carolina at Greensboro, for example, Ugochukwu interned with Barack Obama’s first presidential campaign, which showed her that anything was possible.

Following college, Ugochukwu traveled through Asia and created the Travel Noire media and tour company, because she says mainstream media rarely speaks to her as a woman of color. 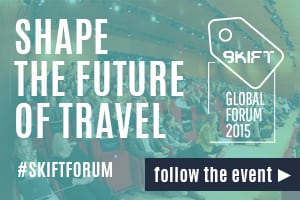 Ugochukwu addressed the topic of “On the Growing Global Community of Black Travelers.”

Here are the things we learned: