Visit St. Petersburg/Clearwater Goes All in on Virtual Reality Videos 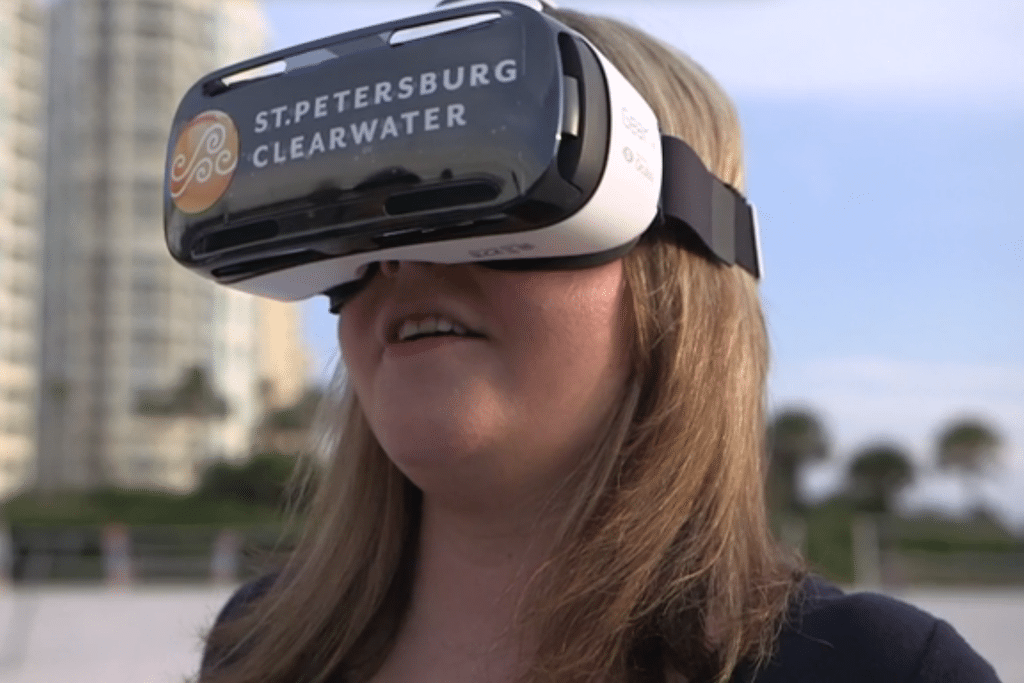 Virtual reality’s potential to turn traditional travel video into a three-dimensional experience that places travelers at the center of a destination was enough for Visit St. Petersburg/Clearwater to buy its own equipment and produce its videos in-house.

And unlike other destinations and hotels that have so far dabbled in virtual reality, Visit St.Petersburg/Clearwater has cast a wider net and plans to include meetings, conventions, and sports venues and filming locations in its strategy to reach business audiences as well. Its videos will take a granular approach in showcasing the destination’s experiences and benefit from staff producing the videos who actually live in the area.

Right now the destination’s focus is on the leisure market and the business-related videos are still in planning phases, but this represents the next logical channel where travel brands can and will take virtual reality. It also purports a more immediate return on investment for a destination if businesses express interest in looking for conference venues and have money to spend and the resources to watch these videos.

“For businesses who watch our virtual reality videos it won’t be ‘oh I want this specific venue for sure,’ but it will help them decide which sites you may want to see when they actually come for a site visit and it’ll be a huge time-saver,” said David Downing, executive director of Visit St. Petersburg/Clearwater.

“For us, there are brand-get opportunities. We demoed our headsets at IPW in Orlando this summer and had more than 500 people and many companies line up to try out our headsets. That really shined a light on our destination through technology that wasn’t as widely executed before and it was huge for us. That’s when we knew we had to buy our own equipment.”

“One thing that’s really surprised me is how natural [the virtual reality headsets] seem to you after a while. And the cost of the technology has really down in price just from two years ago, this is even happening with drones now. We have some cardboard headsets that are much more affordable.”

One video that’s already launched takes travelers through a cluster of mangrove trees in a kayak while others will include ski surfing above the white sand of Clearwater beach, strolling through Dali’s second largest art collection outside of Spain and underwater diving in the largest artificial reef system in Florida. Downing expects about a dozen videos will be produced by the end of this year, but he says the board didn’t push the start button on these projects without carefully considering costs.

“There’s a difference between being cutting edge and bleeding edge, we really wouldn’t jump into this in a way that wouldn’t have some kind of ROI or abstract attached to it,” said Downing. “I’m aware of destinations that have paid a lot to be first in this space and that isn’t us.”

“There’s no magic here either. Producing virtual reality video is a lot like putting together the traditional videos we’ve had for years. We’re using a propriety computer program that stitches it all together but outside of that step, it’s all your imagination. The technology we’re using is pretty 2D with a 3D/virtual reality component and we feel the 360-degree immersion in an environment has really paid off. But that alone won’t help make your destination more appealing.”

Reaching mass leisure audiences with these videos in the near term is a challenge any travel brand working with virtual reality faces as higher quality consumer headsets still cost hundreds of dollars. Visit St. Petersburg/Clearwater doesn’t view this as an inhibition and argues the headsets will become more accessible within a few years. It plans to showcase these videos at travel conferences and in-destination events and will also put them on its site and YouTube channel, in some cases even mailing the cardboard meeting planner headsets to interested parties.