There's still a lot of work to be done to make conversion easier on mobile and improve hotels and airlines' abilities to accurately measure which device actually gets the last click leading to a booking.

The growing number of travelers picking up their mobile devices rather than sitting at their desktop computers to book air travel or a hotel is a reality becoming more common each and every day.

The percentage of mobile travel bookings have grown for the past six consecutive quarters while desktop bookings continue on a downward slope. The pace of mobile’s rise, of course, varies region by region and new data show travelers from the U.S. and countries in the Asia-Pacific region are converting on mobile more than those in Europe, the Middle East and Africa.

From online travel agencies versus hotels’ mobile websites to mobile app versus mobile web, Criteo, an ad tech company, pulled data from more than 500 travel companies around the world what their growth rates look like for these cases and more. The data span from early 2014 to the present and includes analysis from more than one billion travel bookings worldwide.

Chart 1: Mobile bookings have increased each quarter during the past year and a half for all travel sectors. Chart 2: Asia-Pacific and the U.S. have higher penetration with smartphone bookings but tablet bookings in Europe are slightly higher than the other two regions. Desktop bookings also have a higher share in Europe, the Middle East and Africa than in the U.S. or Asia-Pacific. 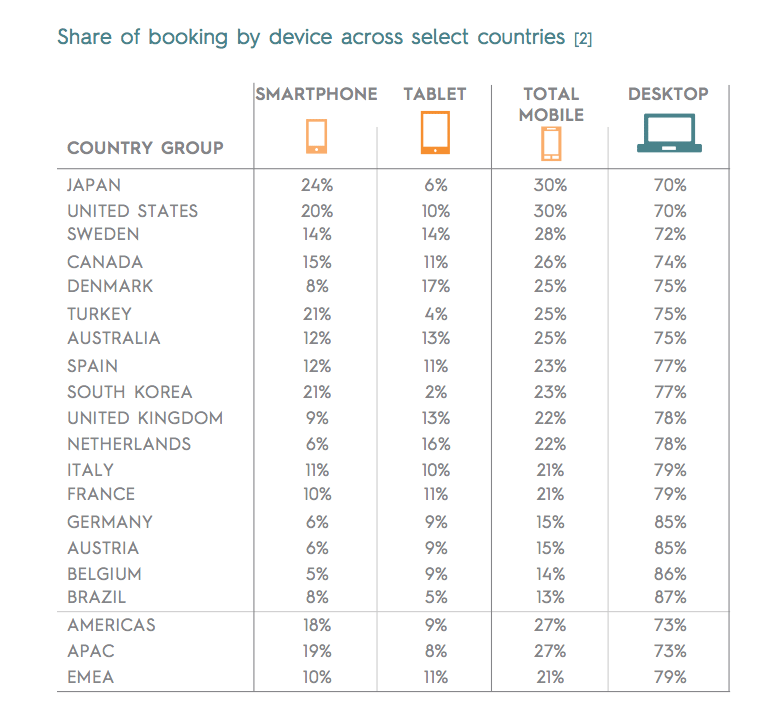 Chart 3: Hotels and apartment rental bookings lead the way on mobile and car rentals are close behind them, exhibiting the most year-over-year growth. Chart 4: For advertisers that have already invested in in-app advertising, it’s nearly an even split between the percentage of mobile bookings coming from mobile websites and mobile apps, with mobile bookings via apps up 37% from a year ago. Chart 5: Smartphone bookings seem to be higher for one-night stays. About 47% of same-day bookings are done on smartphones. Add in tablets and the share is 58%.