Spirit Airlines Joins Southwest and Frontier on the Rebranding Bandwagon 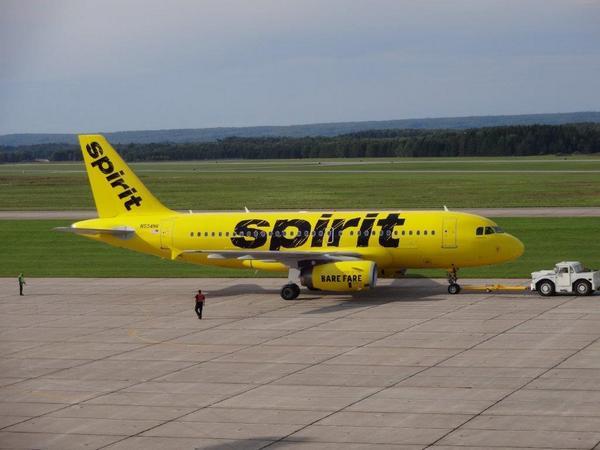 If you’re a low-cost airline in the United States and you haven’t rolled out a new paint job in the last eight days, then you’re in the minority.

Today Spirit Airlines joined Southwest Airlines and Frontier by revealing a new look for its aircraft.

Spirit has been hinting at a rebrand since midsummer when it began drilling home its “bare fare” message on its website using a yellow and black palette.

As opposed to the crisp lines and shiny gloss that the majority of airlines use, Spirit is going for a rough, unfinished look with its logo, stressing the informality of the brand.

And the brand certainly is informal. From ads that play on themes related to disgraced Congressman Anthony Weiner to crack smoking Toronto Mayor Rob Ford to leaked celebrity nudes, there’s no subject the bare-bones airline has shown an aversion to in order to drive interest in its deals.

Its strategies appear to be working, though: Even if it is the most complained about airline in the U.S., it is also the most profitable.

Spirit did not answer questions relating to whether it would continue to sell advertising on the exterior of its planes following the paint jobs.

This is Spirit from Spirit Airlines on Vimeo.