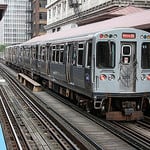 The CTA could go a long way toward addressing public unhappiness over the “New York-style” seating on Chicago’s new rail cars if only CTA officials would consider doing what New York transit officials did many years ago. 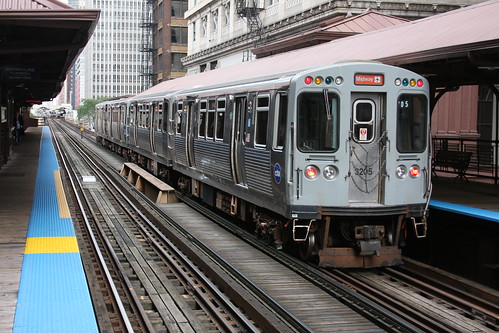 The CTA neglected to conduct passenger surveys prior to the revamp. Photo by Rene Schweitzke.

The solution starts with listening to riders. That’s what the Metropolitan Transportation Authority did back in the early 1980s when it stopped installing individual “scoop” seats for its aisle-facing configuration on subway cars and instead switched to benches, according to the MTA. (The CTA recently dismissed concerns about forward-facing seats. But on that issue and aisle-facing benches, it’s not surveying riders about what they want.)

“Our customers told us early on that benches are a more comfortable seat than a scoop seat,” MTA New York City Transit spokesman Charles Seaton told your Getting Around reporter Friday.

It’s simple to see why. The center-facing scoop seat on the CTA’s new 5000 Series rail car, a departure from the forward-facing seats on the CTA’s older railcars, is only 17.5 inches wide. The design assumes 17.5 inches is a comfortable seat width for everyone. But if the “average-sized rider” is bookended by two larger passengers who are spilling over their allotted seat space, the poor commuter in the middle feels like a ham sandwich in a George Foreman Grill.

Benches, on the other hand, allow for some latitude and help each passenger have a little personal space.

“We only have a few cars with scoop seating. Our R142 cars (delivered in the early 2000s) are bench-style and the new R179 cars that we ordered this year will have benches,” Seaton said.

Montreal-based Bombardier Transportation is the manufacturer of the R142s, R179s and the CTA 5000 Series.

CTA riders who have ridden on the MTA cars know that the 5000 Series cars are not New York-style, despite the center-facing seat format.

He noted that the aisles are wider on the MTA fleet, “allowing a feeling of space,” and the grab poles are located in the middle of the aisle, instead of being wedged between the seat dividers on the CTA cars.

As for the bench design, “Big people take up big spaces and small people take up small spaces. That’s a huge difference from Chicago’s setup of narrow individual bucket seat forms that force people to squeeze or leave an empty seat,” Buchbinder said. “If you think it’s bad now, wait until winter when the coats come on.”

CTA is at the beginning of receiving a total of 706 5000 Series cars costing $1.14 billion. They all are being outfitted with center-facing scoop seats.

Your Getting Around reporter asked CTA officials last week about whether the transit agency would consider substituting benches for the scoops. Aside from passenger comfort, it would seem that benches might even cost less than individual scoop seats. A CTA official who did not want to be identified agreed with that assertion.

But I am still waiting for an official answer to the bench suggestion, as, meanwhile, the Bombardier production plant in Plattsburgh, N.Y., cranks out up to two new rail cars with scoop seats each day.

Advantages of the bench format include the ability to seat more passengers and it offers a wider aisle. The MTA R142 cars seat 40 passengers, versus 34 seats on the 5000 Series, according to Bombardier.

As more than 100 of the new 5000 Series cars delivered so far recently entered service on the Pink and Green lines, CTA officials have mostly shrugged their shoulders and expressed skepticism concerning rider complaints about the inward-facing seats that your Getting Around reporter has chronicled in recent weeks.

Officials say a scientific rider survey would be needed to accurately gauge opinion for and against the seating, but CTA never conducted such a survey before ordering the center-facing scoop seats.

And the CTA officials aren’t moving to conduct a poll now, just as the transit agency did not seek rider input before recently announcing a $16 million campaign to reduce crowding on trains and buses — a service enhancement plan that includes eliminating or scaling back up to 26 bus routes. Riders packed a CTA hearing room last week to complain about the bus service cuts, which the CTA board is expected to vote on Wednesday.

CTA President Forrest Claypool and other top transit officials have declined to speak on the record about the 5000 Series issues that commuters are abuzz about. But some officials say the center-facing seats cannot be replaced with traverse seating (some seats facing forward, some backward) that is the tradition in Chicago without first conducting an engineering analysis to see how much the revision would cost. But officials have declined to consider such a review.

The CTA excuses about the 5000 Series rail cars go like this: A) Riders will get used to the seating arrangement over the expected 40-year life span of the new cars. B) The seats are very popular in New York. C) Nothing can probably be done, anyway, to modify the purchase order because production is under way.

But A) Why not at least study improvements to the seat design? B) The 5000 Series scoop seats are not New York-style. C) As Bombardier’s customer, the CTA can elect to make changes.

There is no debate that CTA riders love the quiet, smooth ride provided by the 5000 Series. Some even like the center-facing seats, with one caveat.

“I think the new seating configuration is a great idea and is similar to other major rapid transit systems such as New York, London and Paris. The only CTA mistake was not making smooth benches and instead using ‘pre-formed butt spacing,’ for want of a more technical term,” CTA rider James Jenkins said.

“Smooth benches allow for a seating free-market of sorts, where wide and narrow find their own equilibrium,” Jenkins added. “The molded forms don’t allow for that nirvana.”

Contact Getting Around at jhilkevitch@tribune.com or c/o the Chicago Tribune, 435 N. Michigan Ave., Chicago, IL 60611; on Twitter @jhilkevitch; and at facebook.com/jhilkevitch. Read recent columns at chicagotribune.com/gettingaround.