The deal is catered to a small population jet-setting pet-lovers, but three months of unlimited flying for small pets at only $99 more than an one-time trip is a great deal for those that fit the niche.

Here’s a deal that might make your travel companion howl, bark or purr. 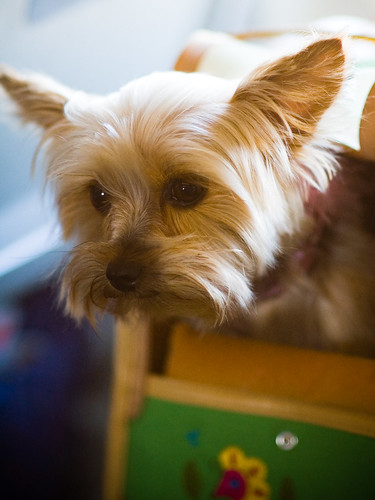 Only dogs or cats that are less than 20 pounds are allowed in the cabin. Photo by Mark Lee.

JetBlue Airways Corp. recently unveiled a package that lets pets travel an unlimited number of times for three months for $299.

It’s called the All Your Pet Can Jet deal and was unleashed at about the same time that JetBlue launched the Go Pack, a deal that lets human passengers make 10 flights in three months, ranging in price from $700 to $2,500, depending on the city where the trips originate.

But like the deal for humans, the pet package includes some restrictions. The deal runs Sept. 7 to Dec. 31 and pets must accompany a human with a separate ticket. Under the deal, pets fly in the cabin and are exempt from the standard pet fee of $200 per round-trip fare.

But don’t start packing your pet boa constrictor, rooster or armadillo just yet. JetBlue will only transport small cats and dogs that, along with their carrier, weigh no more than 20 pounds. The pets can go anywhere JetBlue flies except _ sadly for your pets _ to the Caribbean islands of Jamaica, St. Lucia and Barbados.