The sign inside the mausoleum of Chiang Kai-Shek tells visitors to “please bow or show your respects” to the general who fought a bloody civil war against Mao Zedong and then fled China for Taiwan, where he spent years plotting to retake the mainland from its Communist rulers. 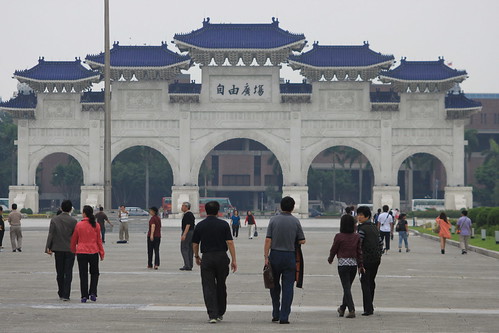 Chinese visitors increased from 300,000 to 2.3 million in the past four years. Photo by John Yuvaz Can.

Now, busloads of Chinese tourists come every week to visit Chiang’s tomb, nestled between two red and blue Taiwanese flags in the small town of Daxi, an hour’s drive south of Taipei.

Just a few years ago, this wave of mainland tourists visiting Taiwan would have been impossible. China strictly limited its citizens’ visits to the nearby democracy, which Beijing considers a renegade province.