It's a widely accepted fact that rail privatization in England has been a massive failure, so if FirstGroup's bid is as ludicrous as Sir Branson says let's hope it succeeds and in its failure hasten the re-nationalization of the railroads.

Sir Richard Branson is prepared to launch a legal challenge if ministers award the franchise for the West Coast rail line to transport giant FirstGroup.

Virgin Trains is understood to be planning an attempt to secure a judicial review if, as expected, the Department of Transport awards the 14-year contract to FirstGroup this week.

FirstGroup is thought to have won the franchise with a bid of as much as £7bn and plans to increase capacity on the line. Virgin’s bid is understood to be closer to £6bn. 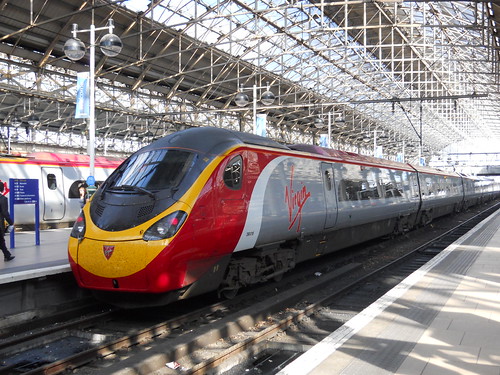 Virgin, which has been running the London to Scotland line for 15 years, has spent almost £14m bidding for the contract, which is currently its only remaining rail franchise.

In a leaked letter to the Transport Secretary, Justine Greening, Sir Richard said the Government risks repeating past rail franchising mistakes if it accepts FirstGroup’s offer.

Sir Richard claimed the only way FirstGroup could meet its commitments – which could run to around £500m a year – would be to “drastically cut the quality of services”.

He said an overly ambitious bid would result in an operator pulling out before the contract ends as the bids are proved unviable, a fate suffered by both GNER and National Express, which abandoned the East Coast Main Line.

A transport union warned that the expected change in ownership could result in lower quality services, job losses and higher fares for customers.

The Government announcement comes in the context of recommendations for cost-cutting in the rail industry made in a Government commissioned report by Sir Roy McNulty.

The RMT, which is opposed to McNulty’s proposals, said it was “very concerned” about the outcome of the deal.

RMT general secretary Bob Crow criticised the process as an exercise in “casino franchising” and said he expects a “savage assault on staffing levels and budgets” to be at the core of the new franchise arrangement,

“Whoever wins the West Coast route next week, and all the signs point to FirstGroup, they should be left in no doubt that we will mount a massive industrial, political and public campaign to stop any attacks on our members’ jobs and the services that they provide to the travelling public,” Mr Crow said.

“The new West Coast deal lays bare the whole sordid enterprise which is rail privatisation. Companies promise the earth, jack up fares and slash jobs and services in a drive for profits and if the numbers don’t stack up they throw back the keys and expect the public to pick up the pieces.”