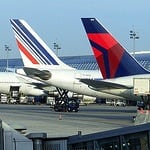 If Republicans and Democrats can agree and compromise on something, surely we can work something out with EU, right? Either way, more chaos and drama to continue as yet another major power unites against EU standards

A Senate committee passed a bill on Tuesday authorizing the transportation secretary to bar U.S. airlines from complying with a European Union law that would require them to pay for carbon emissions on flights to and from Europe.

The measure approved by the Senate Commerce Committee will be sent to the full Senate for a vote.

Thune called on the Senate to pass the bill immediately to apply more pressure on the EU to stand down from what he called a misguided and unlawful tax. 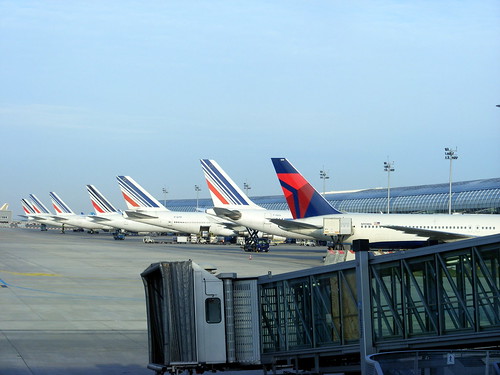 “More than $3.1 billion will be wrapped up in new taxes between 2012 and 2020 that could otherwise be invested in creating jobs and stimulating economic growth in our country,” Thune said.

Democratic Senator Barbara Boxer, a long-time advocate of mandatory curbs on carbon emissions and author of several cap-and-trade bills, said she and fellow Democratic Senator John Kerry would back the measure after Thune included compromise language.

The Thune-McCaskill bill directs the secretary of transportation to prohibit U.S. airlines from participating in the EU trading scheme to curb carbon emissions if he or she deems it in the public interest.

Thune added compromise language that would require the secretary to hold a public hearing before implementing any ban. It would also require the secretary and other relevant transportation officials to conduct international negotiations “to pursue a worldwide approach” to address aircraft emissions.

“Initially I wasn’t going to support the Thune-McCaskill bill,” Boxer told the committee, noting that she and Kerry changed their minds after negotiating the text with the Republican senator.

“It (the bill) makes it clear that the place for dealing with this whole issue is an international organization that is already set up,” referring to the International Civil Aviation Organization (ICAO), she said.

The U.S. Department of Transportation and State Department are hosting talks on Tuesday and Wednesday with 16 other countries that oppose the EU’s trading scheme to find a global alternative under ICAO.

Kerry, who also announced his support for the bill, warned if ICAO does not come up with an alternative solution soon “we are headed for a trade war.”

Senator Kay Bailey Hutchinson of Texas, the top Republican on the committee, said the EU trading scheme represents the “unilateral taxation of U.S. companies and citizens.”

She said the bill is a “consensus plan that takes into account economic realities.”

Annie Petsonk, international counsel at the Environmental Defense Fund, said although the bill made some compromises and encouraged international cooperation, the work of ICAO has been too slow.

“We’ve been in hot pursuit of this (an ICAO framework) for 15 years, so what makes the Senate think this is any different?”

As the Delta variant is ravaging the U.S. with no slowdown in sight, it may be awhile before the European Union places the country again on its safe list.

The commission's inference is that it's more a case of a lack of evidence, rather a compliance with the antitrust rules. Another case into computerized reservation systems is ongoing.