Global snow globe fans rejoice: TSA to allow small ones through this summer

Small snow globes will receive a reprieve from the list of excluded items you can carry on a plane this summer, according to the Transportation Security Administration. The trinkets now fall into the same no-no category as box cutters and knives — unless they are stored in checked luggage.

TSA says all of that will change and soon. “Later this summer, TSA expects to begin allowing small snow globes in carry-on luggage when packed in a passenger’s plastic 3-1-1 bag,” the agency said in a statement. 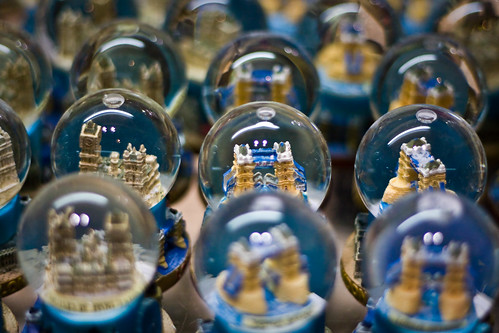 “Snow globes that appear to contain less than 3.4 ounces (approximately tennis-ball size) will be permitted if the entire snow globe, including the base, is able to fit in the same one clear, plastic, quart-sized, resealable bag as the passenger’s other liquids, such as shampoo, toothpaste and cosmetics.”

Note that size matters in the liquid-filled objects. Now the question is what to ditch from the 3-1-1 bag to make room for snow globes: deodorant or toothpaste?