Skift Take
As airlines get better at passenger profiling they will drive greater loyalty among frequent flyers, but they should make sure the the gap between high-flyer and leisure traveler isn’t so wide that potential customers get turned off.
— Dennis Schaal
Share
Tweet
Share
Post
Send

As airlines tweak personalized offers of seat upgrades or early boarding for their best road-warrior customers, it’s no surprise that they give breaks to their most loyal and affluent customers and make the casual traveler pay more for the same services.

Farelogix provides technology to airlines to enable them to better-tweak personalized offers to frequent flyers, or passengers on particular routes, and CEO Jim Davidson notes that customers such as American Airlines sell seats and upgrades “based on who you are.”

In other words, Davidson adds, “one gets it for free and one has to pay.” 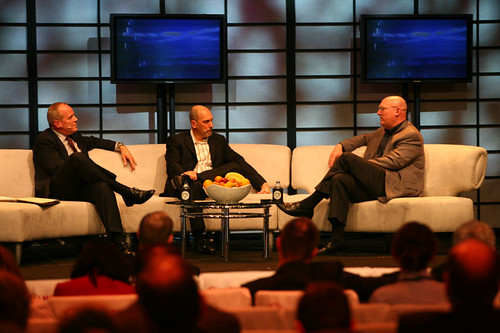 You can guess who has to pay for the upgrade: the non-elite leisure traveler who flies an airline only from time to time or perhaps once a year for vacation.

The latest version of the Farelogix merchandising engine, known as FMS, has been enhanced to enable airlines to make personalized offers through their own websites, kiosks, call centers and through travel agencies regardless if they use direct-connect technology or operate through global distribution systems such as Sabre or Travelport.

Thus, the AirTran wing of Southwest Airlines uses the Farelogix technology to help determine “who they allow to get an upgrade or even see it, and it’s priced differently based on who you are,” Davidson says.

For Davidson and many airlines seeking to engender passenger loyalty and to fill the till with more ancillary fees, a new era beckons. There is huge money at stake in this for airlines around the world.

There are now new ways to compete for the customer beyond charging for bag fees and seat upgrades, Davidson says.

The personalization trend, which airlines have talked about for a few years but are only now in the beginning stages of delivering, could provide value for all types of travelers, depending on airlines’ decision about who gets what.

For example, if an airline knows you missed your connection in Dallas, the carrier can offer you a free coffee or bagel at Dallas/Fort Worth Airport, Davidson says.

“They are all talking about it,” says Davidson, noting that advertisers have been sending location-based offers through mobile phones for some time so airlines can get into the location-based action, as well.

As airlines get their hands on the technology to better sort out who gets what and for how much, rest assured that what might be called “passenger profiling” will become even more sophisticated.