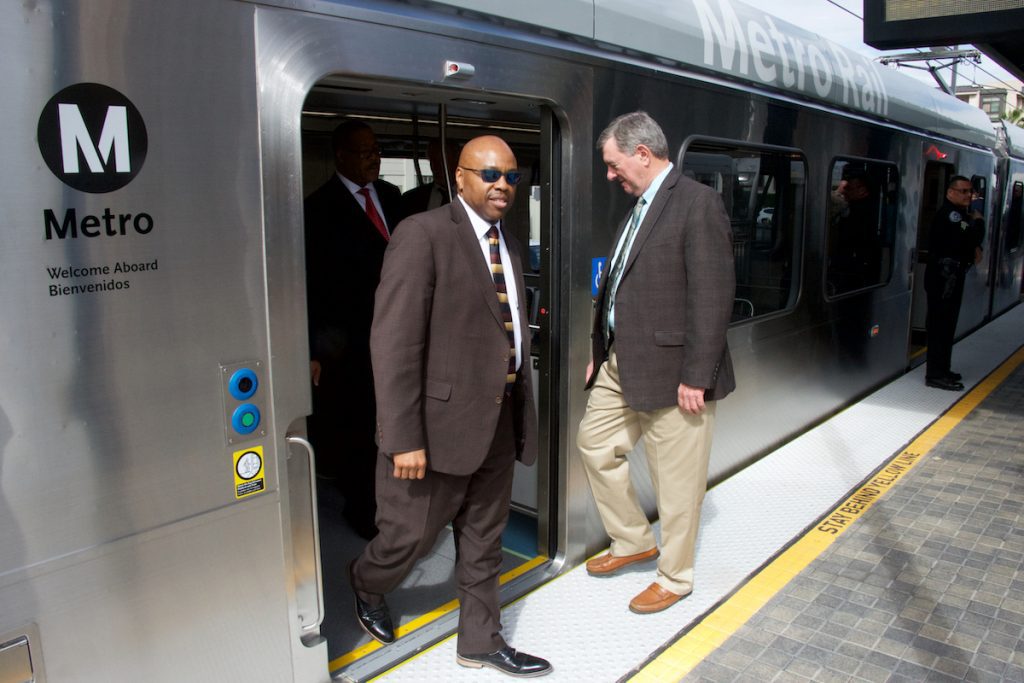 If confirmed, Washington would take the helm of the FAA following what is a disastrous summer for airline operations in the U.S. The regulator has come under fire from airlines for what they claim are understaffed air traffic control centers, while the an elevated number of flight delays and cancellations has raised the ire of Congress. Senator Bernie Sanders (D-Vt.) has described the situation as “unacceptable” and called on the Department of Transportation and FAA to take action.

Washington, born in Chicago in 1958, would bring broad transportation managerial skills to the FAA, a large organization with an annual budget of roughly $18.5 billion and 45,000 staff across the country. What he lacks is much aviation-specific experience having only worked as CEO of Denver International Airport — the third busiest in the U.S. last year — since July 2021. He previously led the Los Angeles Metro from 2015 through 2021, and Denver’s transit agency from 2009 to 2015.

Washington’s lack of aviation knowhow is a departure from the last FAA administrator. Dickson, who was previously vice president of operations at Delta and a pilot at the carrier, resigned two years into his five-year term in March. During his brief tenure, Dickson oversaw the re-certification of the Boeing 737 Max, and worked to rebuild public trust in the regulator after its oversight — or lack thereof — was widely considered a contributing factor in the two fatal crashes of Max aircraft.

But managerial skills may be just what the Biden is looking for. The FAA is one of the largest organizations in the U.S. government, and oversees a critical sector of the U.S. economy. The White House statement Wednesday on the nomination, while lacking any specific comment on why Biden selected Washington, did emphasize his background leading large public organizations.

In addition, Politico reported that Washington was a key advisor to Biden on infrastructure issues during the 2020 campaign, and served on the president’s transition team.

“Phil’s deep expertise in transportation, his service in the military, and his track record helping Americans safely get where they need to go, make him the right leader to help meet today’s aviation challenges and prepare for the future,” Transportation Secretary Pete Buttigieg said in a statement. He added that he was “thrilled” with the nomination.

Washington would have his hands full if confirmed. What the regulator could do to rectify issues with airline operations is unclear, particularly given the long lead times needed to hire and train new airline and air traffic control staff. United operations chief Jon Roitman warned staff Tuesday that it could last into the fall. And the next administrator will also likely be tasked with addressing the pilot shortage that many U.S. airlines face.

In addition, following the 737 Max debacle, the FAA has slowed its certification of new aircraft. This has delayed approval of several new Boeing models, which has in turn forced some airlines to look for alternative options — including using aircraft from rival Airbus — to meet their fleet needs amid mounting delays. Boeing is the largest U.S. exporter.

Washington’s nomination comes after a months-long search for a new FAA administrator. Among those considered for the role include United pilot and former Ohio congressman John Boccieri; Deborah Hersman, the former chairman of the National Transportation Safety Board; Bradley Mims, deputy administrator of the FAA; and Sully Sullenberger, pilot of the US Airways flight that crashed on the Hudson River in 2009 and the U.S. representative to the International Civil Aviation Organization, or ICAO.

A spokesperson for the Denver airport declined to comment on Washington’s nomination.