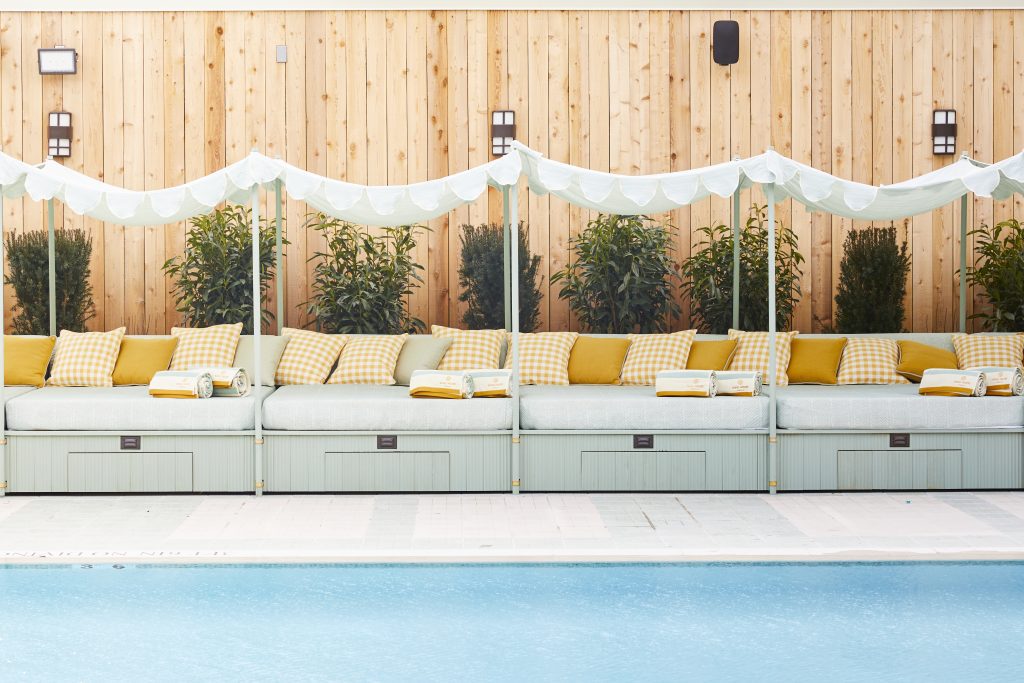 The company, which went public last year and has never posted a profit, is on track to add nine new Soho House properties this year and plans to double its overall footprint to 85 Houses in the next five years, MCG leaders reported Wednesday. But profitability remains elusive: MCG lost a little more than $265 million last year and lost nearly $42 million in the fourth quarter.

“It’s been a year of strong growth for MCG, despite what at times have been challenging conditions for our Houses across the world, especially with the emergence of the Omicron Covid variant in December, which impacted the business during one of our busiest periods,” MCG founder and CEO Nick Jones said in a statement prior to a Wednesday investor call. “This year has started more promisingly, with February revenues in our Soho Houses and restaurants ahead of 2019 levels and our waitlist exceeding 70,000 for the first time.”

The company took a hit last year, particularly with its exposure to Europe, which had more travel and gathering restrictions than the U.S. But Jones later noted on MCG’s investor call Europe is getting “stronger and stronger for us every week.”

Leaders also boasted of performance metrics they see as signs of the company’s long-term profitability potential: membership growth and swelling wait lists to join a club, increased spending at individual clubs, and a membership retention rate that is back to pre-pandemic levels.

MCG’s development strategy in recent years geared toward significant expansion but also lends itself to profitability further down the line. The company beefed up its development team in the last 12 to 18 months to quickly move on new opportunities, MCG’s president Andrew Carnie said during the call.

The company now anticipates opening between eight to 10 new Soho Houses each year going forward instead of a previously stated annual growth target of five to seven new openings. Soho House opened a Nashville location earlier this year, and openings for later this year are planned for Brighton in the UK as well as a Holloway House near Soho House West Hollywood in Southern California.

MCG also maps out future openings through its “Cities Without Houses” membership plan, which offers membership to individuals who live in cities without a physical Soho House but can access one of the clubs whenever they travel to a region where one is located. There are more than 4,200 members across more than 40 cities included in this plan, and it gives the company a road map of where to consider future locations.

Jones later indicated Boston and Atlanta are two U.S. cities where the company is “heavily” scouting for a future Soho House. Vancouver, Buenos Aires, Tokyo, Nairobi, and Shanghai were also part of a line-up included in the company’s prospectus as potential future markets.

“We have a playbook of openings and how to do it. Opening six last year really gave us a lot of learnings, so we’ve got a clear playbook,” Carnie said. “When opportunities do come along, we can move super quick now and execute to a really high level.”

That playbook could eventually make Soho House and its parent company a profitable enterprise. The company noted in its prospectus with the U.S. Securities and Exchange Commission last year ahead of going public that it leverages its cool factor to land more favorable terms with landlords.

“Our real estate partners benefit from the impact of the Soho House brand on the value of their underlying property and surrounding neighborhood,” the MCG filing stated. “This enables us to achieve favorable lease agreements, increase tenant improvement allowances from landlords to support our capital light expansion, and in some cases receive a share of the upside in the value of the property.”

Such an arrangement enables Soho House to have something similar to the asset-light strategy major hotel companies pursue where they don’t have much exposure to the real estate behind their brands. That fuels faster growth and less exposure to ups and downs in economic cycles. Much of MCG’s debt prior to going public stemmed from the costs involved in opening new clubs and launching new lines of business.

“We have a clear path to more than doubling the size of our business in the coming years by our capital light, high-profit growth pipeline,” Carnie said Wednesday.