‘Shatner in Space’ Puts Travel in Covid 2022 Into Perspective 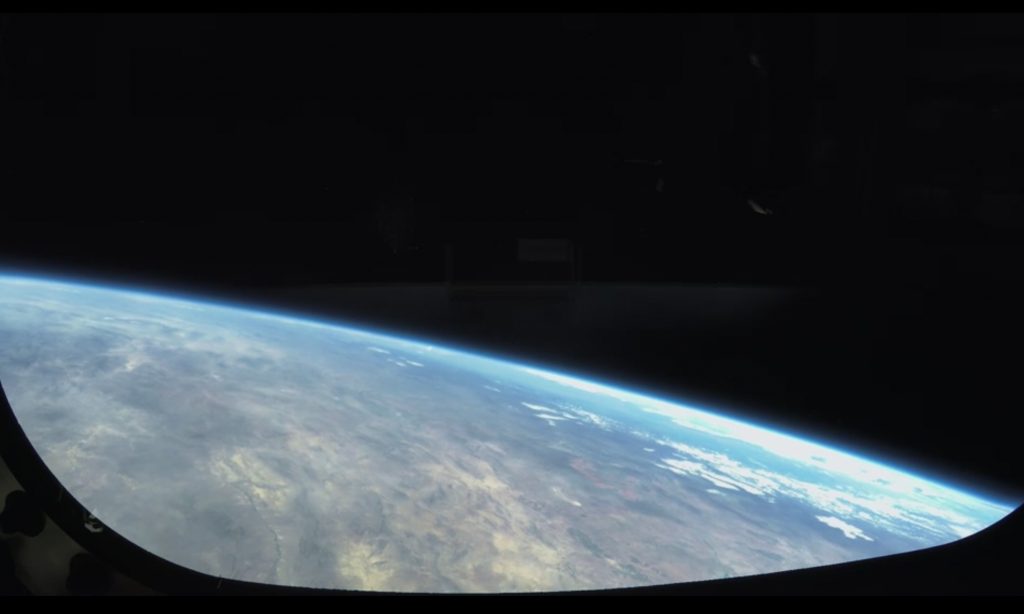 The best travel, whether it is a space jaunt by a famous actor or an unexpected u-turn or encounter during a weekend road trip, makes travelers question preconceived notions, and examine their lives anew. It's one of the reasons there will be a travel stampede if, and when, the pandemic fades.

You first need to get past the fact that Shatner in Space, a 46-minute Amazon original documentary that began running on Amazon Prime in the U.S., UK, Australia, and New Zealand a couple of weeks ago, is a public relations bone for Amazon and Blue Origin founder Jeff Bezos.

After all, William Shatner, the 90-year-old actor who played Captain Kirk on Star Trek and was Priceline’s The Negotiator advertising character for many years, got a free ride into space with three other passengers, two paying, on Blue Origin’s New Shepard spacecraft October 13, and the video is filled with sometimes cringe-worth, overly sappy moments with Bezos.

For example, in the run-up to the launch, Bezos shows Shatner some tricorders and communicator drawings, replicas of those used in Star Trek, that he crafted as a fourth grader in Texas, and he asks Shatner to bring them along on the suborbital voyage.

There is a Bezos pep talk to the space tourists while they are buckled in before the launch, and the Amazon founder closes the New Shepard hatch before takeoff. All in a day’s work for the dude worth $200 billion and change.

There are also not-so-veiled comparisons of Blue Origin to the Wright Brothers and the first astronauts to walk on the moon.

But during the documentary, and in a New Year’s Eve interview that was not part of the video, Shatner’s relating of his space experience encapsulates the magic that travel, at its best, strives to be, and illuminates a slice of why the travel recovery, if it ever happens, could break out at unprecedented levels.

Shatner is self-deprecating throughout. He says in the weeks before the launch that “there’s a mysterious beauty about space that I’d like to take a look at,” but acknowledges about Star Trek to CNN’s Anderson Cooper in an interview clip shown in the documentary, that “it was all pretend.”

He refers to himself as “Captain Doofus” during a talk with his daughters and wife when informing them about his space voyage plans.

“In some small way,” he tells them, he wants to be “part of it,” meaning space exploration, but he refers to himself in the video as an astronaut with a “small a.”

At another point, he unwittingly sums up what is undoubtably an essential motivation in today’s younger generations’ drive for new experiences and unrelenting urge to travel, especially with all that unquenchable demand in the context of two years’ of Covid-tinged travel blockades.

“I want to go up there without any prearranged ideas,” Shatner says. “I want it to happen to me and let it happen.”

He adds: “I want to have a perspective that hasn’t been shown to me before.”

People have all kinds of motivations when it comes to traveling. But aren’t gaining new perspectives and learning about oneself consistent threads that run through many of the best trips and experiences?

The flight itself takes 13 to 14 minutes, with about four minutes of weightlessness at an altitude of 350,000 feet in suborbital space.

As his fellow passengers float around the capsule, Shatner stares out a window, saying, “Nothing, no description can equal this.”

Back on the ground, Shatner tells Bezos, he saw the blue of the earth “whip by” but was overwhelmed by staring into the vast “blackness” of space.

“I hope I never recover from this,” Shatner says, with his emotions seemingly taking over. “I hope that I can maintain what I feel now. I don’t want to lose it.” (OK, Shatner is an accomplished actor.)

How many times have you had a feeling like that when returning from a trip that you think changed your life? You are desperate to keep the feeling going, and to maintain the energy and emotion of new experiences and unbelievable people you met along the way — before it all fades into the nine-to-five humdrum of daily life, work and other responsibilities.

For Shatner, who became the oldest at 90 of hundreds of people who have whizzed through space, the trip conjured images of his own mortality and that of a climate-ravaged planet.

He described the experience in a New Year’s Eve interview on CNN that was not part of the documentary.

“Well, I was looking back as earth disappeared as I was looking up and saw that blackness and thought that’s death (the blackness) and that’s life (the earth),” Shatner said. “And then I was overwhelmed by a sadness for what we are doing to Gaia, mother earth. So one of the resolutions, or revolutions if you wish, that we should all make is to do something to help the planet, to help mother earth.”

The death theme hit close to home. The passengers on the space flight, in addition to Shatner, included Blue Origin lawyer and aerospace executive Audrey Powers, and two paying passengers, startup co-founders Chris Boshuizen of Planet Labs and Glen de Vries of Medidata Solutions, a software company. De Vries died in a plane crash in New Jersey less than a month after the New Shepard flight.

Climate change was indeed an underlying theme of the documentary. Bezos argues that enabling millions of people to work and live in space one day would relieve the environmental pressure on earth, and open ways to explore new technologies to thwart climate change.

The carbon footprint of Blue Origin and spacecraft such as the New Shepard were not addressed in the documentary. But who’s to say whether space exploration could one day tap into some greenhouse gas palliative or other remedies?

For now, space tourism companies such as Blue Origin and Elon Musk’s SpaceX reserve their seats for the uber-elite and -connected. Since 1957, when the Soviet Union launched its Sputnik satellite, which kicked off a space race with the U.S., critics have argued that space exploration was a waste of resources when there were so many terestrial problems to be addressed.

That debate won’t be solved here, and there are very legitimate arguments on both sides.

But what can be taken from Shatner in Space is the deep yearning that millions of travelers possess to experience people, places, and adventures that upend their preconceptions and world views, and how this will be a contributing factor when the travel recovery finally gets unleashed, given all of the Covid fatigue.

These life-altering experiences don’t always have to occur after a flight, road trip or 14-minute jaunt into space by the privileged few. They can occur crosstown or in a casual conversation. But — hit or miss — the best travel companies strive to facilitate them, and to rouse travelers’ deepest emotions.

Photo credit: A screenshot of earth and space through a spacecraft window from the Amazon prime video 'Shatner in Space.' Source: Blue Origin