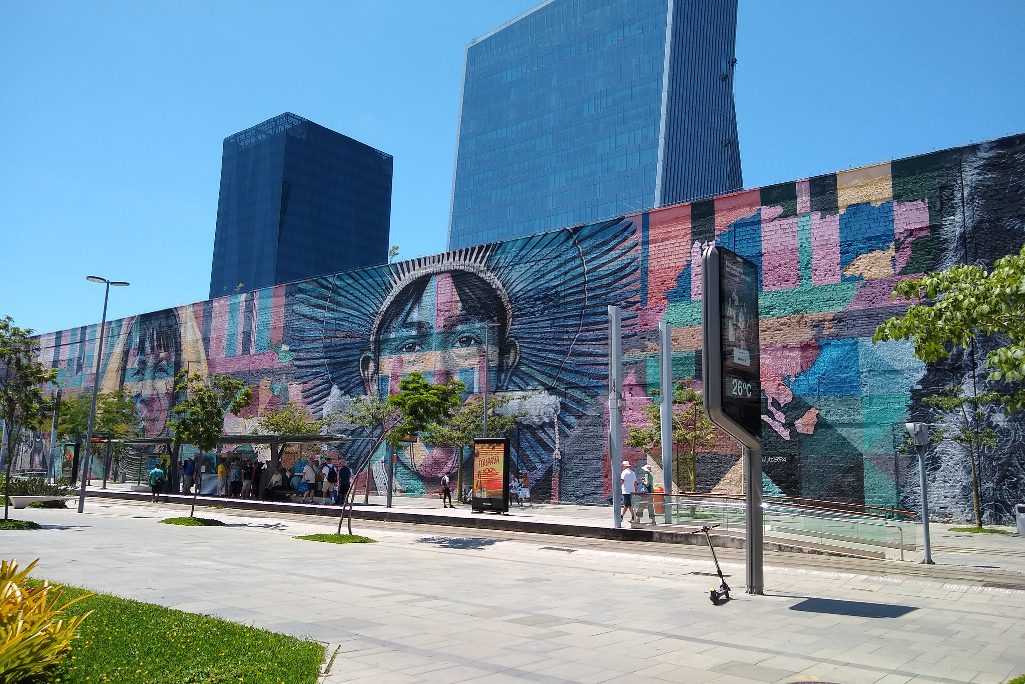 Brazil is fostering dozens of travel tech companies. Developing homegrown digital clout could help the country resist incursions from foreign heavyweights as it leans into a post-pandemic recovery.

Brazil is becoming a fertile ground for travel technology companies. The country has 219 businesses serving areas such as corporate travel, online travel, distribution, and business intelligence, according to a new report. Entrepreneurs founded most of these companies in the past seven years.

The country is setting itself up to become a travel tech hub in Latin America, similar to Mexico, Colombia, and Argentina. These companies are making investments now to reap advantages in the post-pandemic future, playing the long game.

Brazil’s travel tech companies are forecast to generate or service about $6 billion (35 billion reals) in gross travel volume in 2022, according to the São Paulo consultancy Loureiro Consultores, which has just published the most thorough look yet at Brazil’s travel tech sector. The report builds on a rough-and-ready report blogged by corporate travel company Onfly a year ago.

Brazil’s most robust category of travel tech companies appears to be in the “agency and online reservations” category, representing 29 percent of the total.

To be sure, global brands Booking.com, Expedia, and the Despegar-owned brand Decolar are major sellers of online travel in Brazil. Hurb (formerly Hotel Urbano) is a homegrown player, but it has a minority backing from Booking Holdings. Submarinoviagens is the online brand of established travel giant, CVC Corp, which calls itself largest group of travel and tourism companies in the Americas.

Yet despite these well-capitalized brands, smaller local players appear to be making gains. The agencies maintaining or growing share despite the crisis include 123milhas and Viajanet, thanks partly to a savvy use of marketing on Lusophone social media.

Voopter has contined to take share in travel price-comparison search, or metasearch, though it faces competition from Mundi, a brand acquired by Booking Holdings, and Trip.com Group’s Skyscanner, and Google’s travel search.

A travel startup that offers an adjacent service is YouVisa, which helps digitize and streamline the still arcane process of getting visas for international travel.

Just as Oyo Rooms has generated buzz with a branded hospitality franchise model — as has Ayenda Hoteles in Colombia — Brazil has its own comparable tech-forward hospitality startups: Voa Hotéis.

Like Sonder in the U.S. and Casai in Mexico, Brazil has Housi, which uses similar business models. Sometimes it signs master leases from property managers, creating short-term rentals and marketing them on online agencies. Sometimes it owns the property itself. The startup raised $11 million in funding in December.

The growth in homegrown travel tech combines with trends in internet adoption and flight expansion to lay the groundwork for a rebound.

Pandemic restrictions prompted millions of Brazilians to move from offline to online, not unlike how China saw a surge in digitization after the SARS epidemic in 2003. An estimated 150 million Brazilians are internet users who are benefiting from a recent expansion of mobile broadband.

An emergent middle class is also gaining from the success of the newish airline Azul at adding flights to cities that other carriers had neglected.

Investors have broadly overlooked the Portuguese-speaking nation because they think its middle-class hasn’t yet reached “the inflection points” at which it will significantly ramp up travel spending, to borrow language from a Boston Consulting Group report.

Investors also have balked at the country having only received about 5 million international visitors a year on average before the pandemic.

Yet the relative lack of foreign investor activity has created whitespace for newer homegrown players to seize and solidify positions in the long run.

“The overwhelming majority of companies in Brazil are in the small-and-mid-size category, which isn’t well served by the tools from the global corporate travel providers,” said Fernão Loureiro, who runs Loureiro Consultores.

Brazil doesn’t yet have a counterpart to Barcelona-based TravelPerk or Palo Alto-based TripActions.

The most promising companies that might head in a comparable trajectory are Onfly, Paytrack, and Voll. But it’s still early days.

Another company with promise is B2B Reservas. It tackles distribution, reservations, and payments for the corporate travel segment by connecting hotels to the largest travel agencies, somewhat like HRS’s corporate travel marketplace.

The rise of these stand-alone businesses is remarkable in an economy often dominated by family-owned or state-backed conglomerates. Yet it appears that many legacy companies in Brazil’s travel sector have left gaps that can be exploited by entrants, as Azul’s example has shown in the face of established carriers such as LATAM and Gol.

One of note is Sensys Travel is a business intelligence company which helps travel brands track the rates that their competitors are putting into the market in “real-time.”

Any attempt to capture a travel company ecosystem runs into the question of whether or not to include so-called mobility players, a category that can encompass ride-hailing players, ground transport operators, and next-generation aircraft makers. Some analysts, such as Lufthansa Innovation Hub, choose to include mobility players. Others don’t.

Brazil may present a more robust case than other markets for including mobility players.

“Although historically different segments are considered, when we look at the traveler’s journey, these verticals intersect and overlap all the time, becoming almost inseparable,” Linhares of Onfly said.

In Brazil, the line between tech players serving tourism, business travel, and mobility is often more blurred than in other markets. Much of the country’s leisure and business travel happens outside of airplanes (and there’s almost no rail to speak of). Companies like WiiMove aim to capture multi-modal options for travelers, similar to Berlin-based Omio.

One of the mysteries of Brazil’s travel sector is its miniscule cruise industry.

“We have about 8,000 kilometers of coastline, but we hardly have any cruises,” Loureiro said.”

Looking ahead, country’s economy is forecast this year to grow more than 4.3 percent, the Wall Street Journal reported. An easing of the pandemic over time should lead to a leisure and business travel rebound.

While an English-language version of the full report on Brazil’s travel tech sector is available elsewhere, here’s the list of companies:

Photo credit: The largest street art mural in the world is claimed to be in Rio de Janeiro. Brazil's travel technology ecosystem is more vibrant than some might have expected, according to a new report by Loureiro Consultores. Amanda / Flickr / Creative Commons