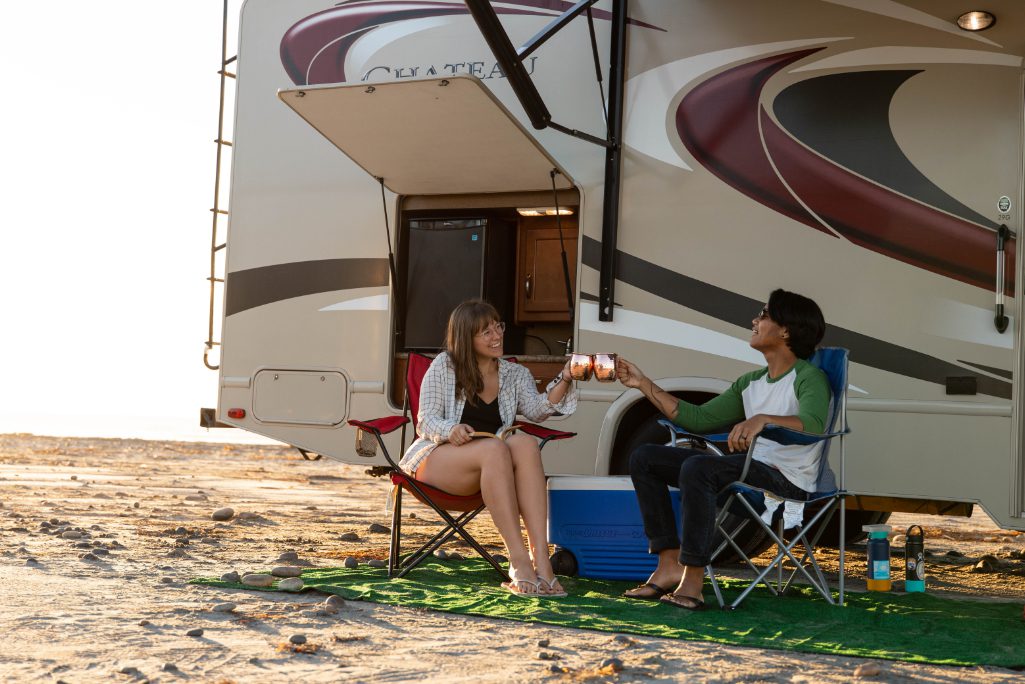 Investors are betting that the trend in renting RVs won't run out of gas after the pandemic wanes. They've funded Outdoorsy, an Airbnb-type service for recreational vehicles. Investors think the startup's new private vehicle insurance product will help accelerate the RV trend.

Investors adored Airbnb in its early days because it broadened the market for home-sharing. The startup encouraged more people to rent out their spare rooms to travelers, putting excess housing capacity to work. Now some investors are backing a new travel startup called Outdoorsy on the hope it will perform a similar trick for recreational vehicles (RVs) as Airbnb did for short-term rentals.

Outdoorsy, an on-demand marketplace for recreational vehicles (RVs), said on Thursday that it had raised $120 million in equity and debt financing. The startup, which had raised about $75 million before this, is now the best-funded of several new RV travel startups, including RVShare, Indie Campers, and ShareACamper.

The Austin-based company raised $90 million in equity in a mezzanine round led by Moore Strategic Ventures, ADAR1 Partners, Monashee Capital, SiriusPoint, and Convivialite Ventures. It has also gained access to a $30 million debt facility from Pacific Western Bank.

If things go according to plan, Outdoorsy may be on a path to either going public, receiving backing from private equity, or being taken over by a large enterprise.

“We’re calling this round a private placement because it’s a mezzanine to the next big event,” said Jeff Cavins, Outdoorsy’s co-founder and CEO. “We don’t expect to take any more venture funding and expect a future form of funding to be a different form.”

Outdoorsy aims to expand the supply of RVs and campervans available to travelers as rentals by simplifying the process for individuals to rent their vehicles out. Hundreds of thousands of owners of RVs and campervans leave their Airstreams, Winnebagos, and the like idle for much of the year.

Regulation has been a headwind deterring these private owners from side hustles as vehicle rental operators. Outdoorsy’s executives said they needed to find a workaround to the commercial use exclusion clause that prohibits the peer-to-peer renting of RVs for profit. Until now, a person who rented their RV to strangers risked having an insurer catch them and drop their coverage in response — an event that could cascade into a bank calling in a loan on the vehicle.

So on Thursday Outdoorsy announced it had launched a subsidiary called Roamly Insurance Group, which is an insurance carrier for RVs rather than a seller of traditional insurers’ policies. Outdoorsy is banking on Roamly using its own software to size up the risk of RV insurance applicants and create custom policies, rather than try to resell commercial policies from traditional carriers. Roamly calculates its risks using data it has collected for claims administration on the RVs rented out to travelers through its marketplace to date.

Roamly will provide the owners of vehicles with comprehensive insurance while outsourcing the underwriting and reinsurance of its policies to traditional insurers. It has gotten regulators in all 50 U.S. states to accept the policies. The subsidiary will use some of the debt financing announced on Thursday along with a portion of the revenue it generates through sales as a holding to guard against claims. Its underwriters include Lloyds of London and Aviva. One of its reinsurers is SiriusPoint, which is also an investor in the startup.

“We’ve built an insurance product that cleanses the regulatory environment for people who own recreational vehicles and want to rent them out,” Cavins said. “We’ve invented the world’s first RV-focused insurance product that eliminates the commercial exclusion clause. It’s ready in the U.S. and our next stops are Canada and, after regulatory approvals, Europe by 2022.”

Roamly has also signed a global contract with insurer Generali to sell trip insurance to renters.

The moves come on the back of the news earlier this month that Outdoorsy had invested in Collective Retreats, a Denver-based startup that provides hotel-like concierge services, campgrounds, and experiences in the outdoors.

“We’ll be investing in the scale-out of Collective Retreats in partnership with Outdoorsy,” Cavins said.

Notably, Outdoorsy’s latest investment round included a new investor, Convivialite Ventures, which is the corporate venture group of Pernod Ricard. As the owner of many vineyards and other wine-themed locations, Pernod Ricard could prove to be a strategic partner for finding ideal locations for collaborations between Outdoorsy and Collective Retreats.

Some skeptics believe the unique conditions created by the pandemic fueled a surging interest in RVs and campervans that can’t be extrapolated to last after the pandemic wanes. Will a pimped-out motor home or “#vanlife” still have broad social media buzz after social distancing becomes something society views in the rear-view mirror?

Cavins said he has market research data suggesting that RV rental interest outpaced supply long before the pandemic. He said he had data from Google saying consumers perform an average of 2.3 billion unique searches a year for terms like RV, camper van, caravan, Airstream rental, and so on, suggesting broad consumer interest worldwide.

“We have early adopters who are making millions a year by renting out their RVs, and once the word gets out, the supply will expand, too,” Cavins said.

Photo credit: A couple in San Diego clink glasses to celebrate outside their ClassC motorhome rental. Outdoorsy, a startup, has raised $120 million to support its peer-to-peer marketplace and insurance for recreational vehicles (RVs). Outdoorsy