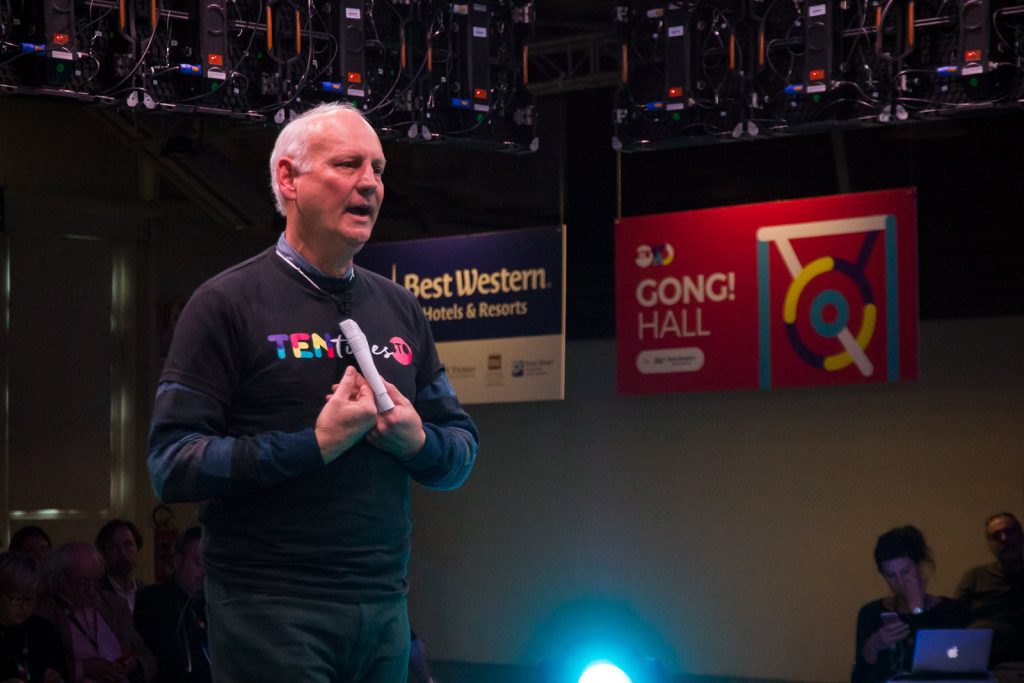 The company was originally called PhoCusWright, with those three letters capitalized because they stood for Philip C. Wolf, and that was no accident.

Wolf, the founder of Phocuswright and a guy that top dealmakers and C-Suite travel executives looked to for advice and insights over the course of nearly four decades, died Tuesday at age 64 of leukemia, according to Travel Weekly.

It was Travel Weekly’s parent, Northstar Travel Group, that acquired Wolf’s Phocuswright in 2011. The new owners brought Wolf back year after year to moderate talks and give presentations long after he left the company. Later, they lower-cased the PCW in the Phocuswright name.

The Phocuswright conference became the signature conference in travel tech.

When I think about Wolf, the words that come to mind are passionate, curious, entrepreneurial, loyal and tough.

Wolf was always looking for the next big thing, and most of the time, whether it was mobile or the social graph, he found it. Occasionally, his calls were off target but these were hardly a footnote.

As a Phocuswright contractor for a short time, I can tell you that a week after one of his annual conferences ended, Wolf was already gathering the staff to brainstorm about the theme for the next one the following year.

His LinkedIn profile recounts how he entered the travel industry as CEO of a venture-funded electronic booking platform, Travelmation, which he sold to Rosenbluth, a precursor of American Express, and then launched Phocuswright pre-internet in 1994.

A serial board member after he left Phocuswright and during his so-called “retirement,” Wolf was a visionary.

Skift founder and CEO Rafat Ali said of Wolf on Tuesday: “So sad to hear one of the most influential pioneers in online travel has passed away. When I was dreaming up Skift, I was inspired by his career, his work, and his company, I learned lot about travel from PCW and its conference. My Condolences to the team and his family.”

Wolf once told me his life story in his Sherman, Connecticut office, perhaps around 2006 or 2007, after not speaking to me for several years because I had written a critical story for Travel Weekly about his conference’s business practices.

During that several-hour conversation, Wolf talked about recognizing the potential of online travel during the days when he met a young Microsoft employee, Rich Barton, who founded Expedia. It was also a time in the mid-1990s when Sabre-connected travel agents were in an uproar about sister online travel agency Travelocity potentially stealing their business.

Barton said of Wolf’s death Tuesday: “When we were starting up Microsoft Travel around 1995, I was a young product manager, and my initiation into the industry was at Philip’s Phocuswright (not sure it was even called that then) conference. I think it was in some mid-market conference hotel in San Francisco. This is where I learned what a PNR (Passenger Name Record) was and met people like Richard Bangs, Arnie Weissmann, Terry Jones, and Simon Breakwell. Philip was gracious, patient, and welcoming. He was constantly tickled by the future and endlessly curious. He will be missed but remembered by all of us.”

Travel industry veteran Susan Black called me Tuesday when learning of Wolf’s death. Black recalled attending a conference prior to PhoCusWright’s existence in the early 1990s where Wolf demonstrated the live booking of an airline ticket and the confirmation came humming out of a dot-matrix printer. Imagine that.

“He had the vision, even back then,” Black said of Wolf.

In a LinkedIn post about Wolf’s death, a longtime colleague, Lorraine Sileo, said: “Numerous careers were born from Philip’s vision 25+ years ago to launch PhoCusWright, and many smart business decisions have been made with his guidance during his stellar tenure. Philip taught us by his words and actions to just do the right thing, go with your gut, strive for perfection, and make your move.”

Behind the scenes, Wolf had been a backer of Tnooz, now called Phocuswire, and recruited me to be on the launch team at a lunch at Fraunces Tavern near Wall Street in 2008.

For Skift, although Phocuswright has been a competitor in some ways, we have long admired Wolf for his passion and for his inspiration.

Krista Pappas, a travel industry veteran, recalled how she invited Wolf to the Microsoft campus in 2009 for the launch of Bing, the search engine that the company hoped could steal a chunk of Google’s search revenue.

“He never stopped saying bada-bing to me from then on out — every time we spoke,” Pappas said. “He loved coming to the campus. He would cite the tag line, saying ‘Bing is more than search, it’s a decision engine, #bada-bing,” every single time.”

Brad Gerstner, founder of Altimeter Capital and a frequent speaker at Phocuswright events, said: “Philip was put on this planet to connect us to one another, to provoke big thinking and to make us smile with his wit and whimsy.”

Citing that enthusiasm, Gerstner said he loved when Wolf would call about the next conference’s theme, with Wolf chiming in, “Isn’t this the greatest?”

“He loved the community, he forged this community,” Gerstner said. “I am grateful for his beautiful mind and will miss his stardust that touched us all.”

“Philip knew how to put on one helluva travel show — but he was even better at making us part of a tight community,” Hafner said.

Many members of the travel community are undoubtedly mourning his passing today.

Note: This story has been updated with additional comments from people who knew Wolf.