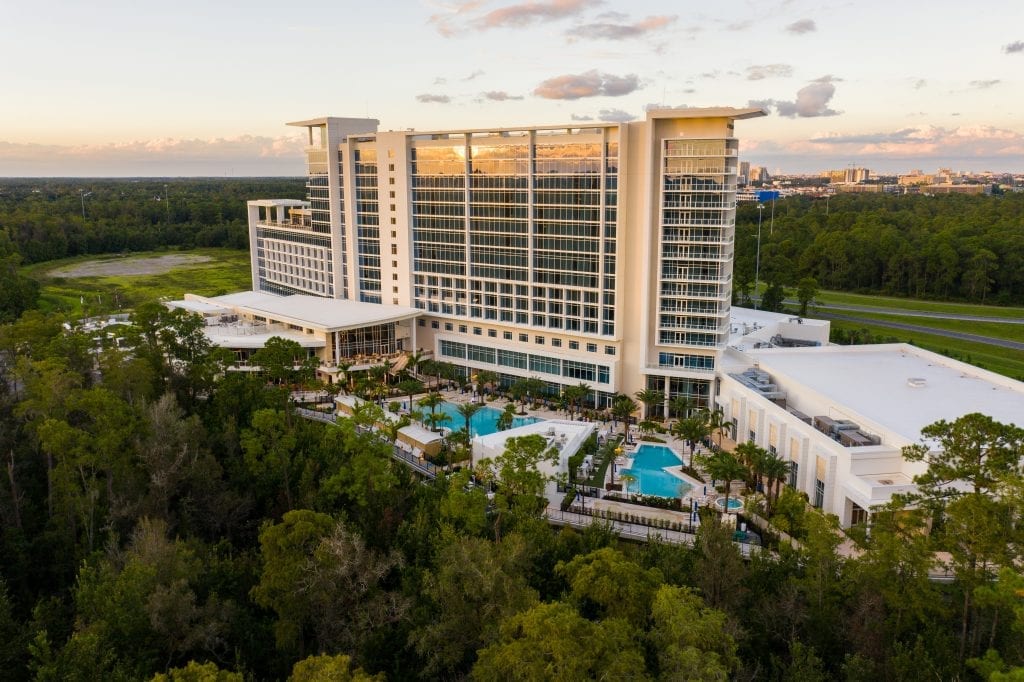 The pent-up demand is real, but over time traditional notions of the corporate retreat may change.

When Chinese tourists flocked to Wuhan for Golden Week in October last year, it was described as “revenge travel” — a way for them to express feel-good support for the beleaguered city.

Corporate travel can expect to see its own version of this phenomenon next year, if not earlier, as companies book retreats to reunite employees after lengthy periods of remote working and virtual meetings.

These corporate retreats, which can involve blocking out entire floors and meeting spaces, are currently in high demand at the JW Marriott Orlando Bonnet Creek Resort & Spa.

“The lead increase I’ve seen just in this past month has been tremendous,” said Ginet Jamali, its senior sales executive. “Not just our hotel, but speaking with our brothers and sisters in the Orlando area. Everyone’s seeing the increase and excitement starting to come back.”

Jilted at the Altar

The 516-room property, just outside Disney World Resort, has a mix of leisure and corporate business. It also caters for weddings, but businesses have deep pockets at the moment.

“Weddings are great revenue, but they’re not as high value as corporate events,” said Jamali. “We’re not booking weddings too far out yet because we want to leave that space for our corporate groups.”

A mix of sectors are sending their requests for proposals for 2022 and 2023, with pharmaceutical, medical and healthcare groups leading the charge. “When they’re taking over everything, they know it’s going to cost them. They’re willing to pay for that experience,” she added. “We’re not doing anything outside the norm when it comes to offering incentives to book these kinds of groups.”

One contract for May 2022 involves a booking for 350 rooms for an entire week. Another medical group has reserved 300 rooms over three nights.

Law firms are also sourcing their retreats, with one recently taking 150 rooms for September this year.

For Jamali, these are the biggest she’s seen in her 15 years of sales experience.

The Florida hotel opened in July last year — the peak of the coronavirus crisis. Jamali now predicts a boom as employees will have missed the fun that comes with seeing their colleagues, “making memories and staying in hotels.”

One the party’s over, there’ll be work to be done and one hotelier is predicting remote-first startups will increasingly adopt corporate retreats. But rather than team building and guest speakers, they’ll be more about getting stuff done.

It’s a smaller scale, but there’s a lot of potential.

“Companies like Outsite and Selina, and other brands, are on the fringe now, but as corporates embrace remote work they’re going to be expanding their use of company retreats and off-sites in a way they don’t know,” said Steve Sanchez, who is developing Branches in the Catskill Mountains in New York.

Hospitality startup Ethos is also teaming up with lodges and boutique hotels in remote locations to offer displaced workers “campus” style breaks to reconnect with colleagues.

Sanchez said the Catskills was at one point in the 19th century one of the most popular tourist destinations in the U.S. Towards the end of the last century, it began to lose out to low-cost flying, which brought the Caribbean that little bit closer. Today, it’s associated with second homes, weddings, and camps that cater to children in the summer and traditional corporate retreats in the fall.

Once Branches opens next year, Sanchez will target remote-first startups, and is already discussing how best to address the guests.

One theme will be around “guided productivity,” where a facilitator helps staff get into work mode. “You all turn off your phones, and jam on your work for three hours. You’re not checking your phone every five minutes,” Sanchez said.

One company proposed sending staff for a few days to practice client pitches.

“There’s going to be a convergence between the office and hospitality. The office is becoming more like a hotel, with amenity spaces. And hotels are becoming a little more like offices,” he added.

There’ll be a revival in corporate retreats in 2022, but once that pent-up demand is exhausted, they could look a lot different.