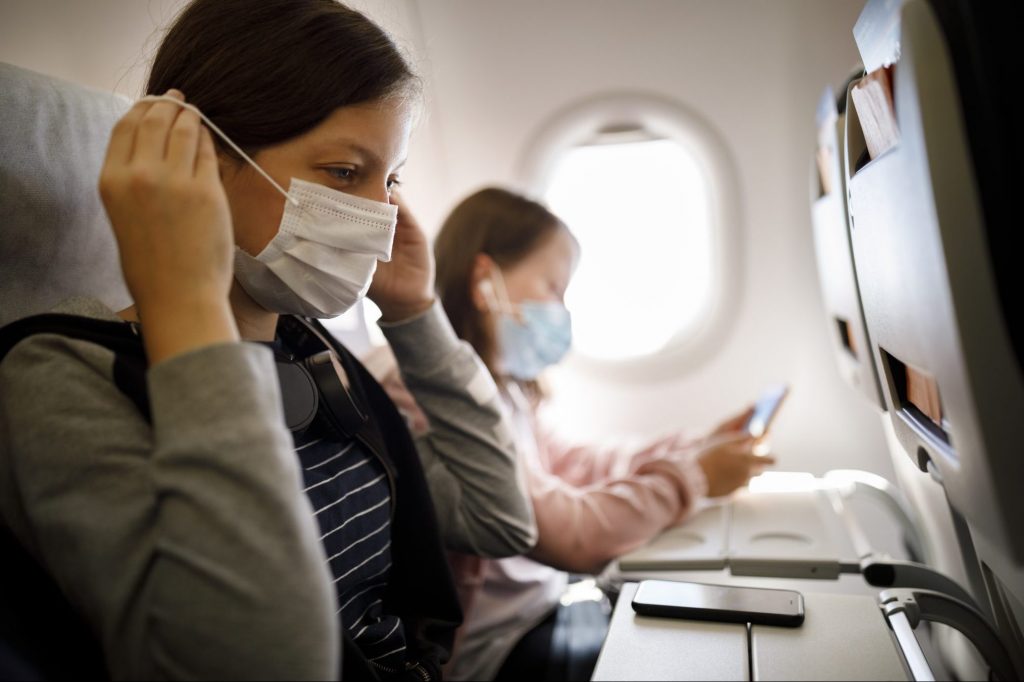 Flight crews are on the front lines of America's latest culture war: wearing masks. But even as some travelers are increasingly belligerent — even hostile — to these rules, leaders are optimistic that the new Biden administration will set the example from the top and shut down opposition.

“I hate going to work now,” a flight attendant at a major U.S. airline said. No, it’s not the ever present threat of Covid-19 that deters them, it’s the near constant disregard of onboard mask rules by passengers — sometimes threateningly — that that has once eager-to-fly cabin crews dreading work.

Since it became clear that the coronavirus spread through the air, airlines have mandated for months that crews and passengers wear masks in the name of safety. Carriers will ban flyers who flagrantly disregard these rules but, at least to date in the pandemic, that is the worst consequence they can expect. The Trump administration has declined to mandate masks on flights — or any other form of interstate transportation — despite calls from airlines, unions and public health officials for such a move.

Speaking to Politico in June, Transportation Secretary Elaine Chao called masks a “labor-management issue” rather than a federal concern. She added that a federal rule could be too “heavy-handed,” especially if conditions changed rapidly.

On Thursday, Chao announced her resignation effective Monday, January 11, citing the violent siege of the U.S. Capitol by supporters of the president the day before.

The lack of federal action has left flight crews on the front lines of this contemporary culture war with few tools to deal with violators beyond the threat of a ban. Alaska Airlines, Delta Air Lines and United Airlines combined have banned more than 1,400 travelers for violating mask rules, with Alaska alone banning 288 people.

Since March, the Federal Aviation Administration has logged well over 200 complaints from crew members on passengers — and other staff — violating mask rules in its Aviation Safety Reporting System database. Reports range from flyers simply ignoring repeated warnings to calling a flight attendant a “Nazi” and even distracting pilots to the point that one captain descended to the wrong altitude.

“It’s just the constant requests,” said Paul Hartshorn Jr., a flight attendant at American Airlines and representative of the Association of Professional Flight Attendants. “At the end of the day, it’s exhausting if you’re doing four flights a day on a three day trip.”

The number of incident reports to the airline and union have “skyrocketed” in recent months, he said. APFA represents flight attendants at American, the largest U.S. carrier. The airline has flown more than a quarter of all domestic flyers — at least five points more than any other carrier — since the pandemic began in March through September, according to the latest Bureau of Transportation Statistics data via Cirium.

A federal mask mandate would go far in helping airline crews manage the problem, said Hartshorn. However, he added that at “35,000 feet it’s kind of a little bit late” to enforce the rules.

Wearing masks is one of the most effective ways to protect oneself from Covid-19 and slow the spread of the virus. A study by trade group the International Air Transport Association (IATA) found that masks reduce the risk of contracting the coronavirus six fold. In fact, the risk of catching Covid on a flight is less than that of being struck by lightning when masks, air filters and enhanced cleaning measures are all taken into account.

“If you want to travel and minimize the risks of Covid-19, put on a mask,” said Luis Carlos Alfonso, vice president of engineering, technology and strategy at Embraer, in October. The Brazilian planemaker worked with IATA on the study.

The politicization of masks has only added fuel to the increasingly tense situation on flights. President Trump and his supporters have repeatedly equated mask rules to violations of their civil liberties, something that is widely disagreed with amid the raging the pandemic. These views have spilled over onto airplanes where crews increasingly face upset hoards when enforcing the rules.

“It’s one thing to have one or two bad actors on a plane… [but] in the past two, three days it’s a whole different thing,” Sara Nelson, president of the largest U.S. flight attendant union the Association of Flight Attendants-CWA, told Skift. “They’ve taken over the entire tone on the plane. How do you deal with that at 30,000 feet?”

Social media has lit up with images of incidents of people chanting slogans supporting the president and violating mask rules on flights. On one Alaska Airlines flight out of Washington the day after the riots, 14 passengers were banned after they violated mask rules and were “non-mask compliant, rowdy, argumentative and harassed” crew members.

Airlines added extra security at Washington-area airports and on flights after the riots but, as both Hartshorn and Nelson both point out, crews are on the front line once a plane is in the air.

On Saturday, FAA administrator Steve Dickson released a statement targeted at the latest reports of unruly flyers. “I expect all passengers to follow crew member instructions… The FAA will pursue strong enforcement action against anyone who endangers the safety of flight,” he said.

Still, there is optimism for the new administration. President-elect Joe Biden has said he supports a national mask mandate on flights and other transportation modes. Such a mandate could come in the form of simply a clarification that violating a crew request to put on a mask is a federal crime under existing statutes. Penalties for these violations can include imprisonment or an up to $35,000 fine.

“I think already aviation has done a lot of good work to make [wearing masks] a normal thing because it connects all the states and different places,” said Nelson. “There comes a point when the rest of the public just doesn’t put up with it anymore and they’re going to lock it down.”