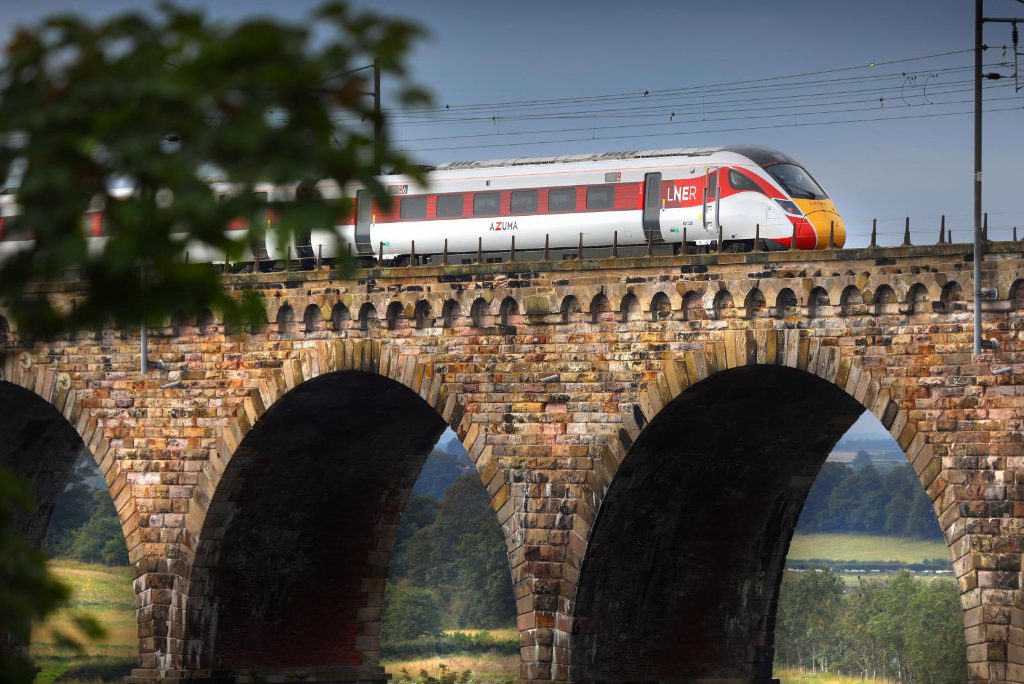 Rising interest in intercity train travel has been amplified by new European incentives that favor greener forms of travel, plus deregulation. But rail operators are hampered by their old IT systems, which aren't ready to sell to international travelers in the Google era.

Online ticket buying for intercity rail in Europe remains inadequate, despite trains seeing a rise in sales from environmentally-conscious travelers. Rail operators could be gaining more market share at a crucial moment if they were more tech-savvy.

European governments have begun pushing consumers to use trains, which emit less carbon than planes. This year, the French, German, and Austrian governments tied pandemic-related state aid to airlines to demands that the carriers become greener. Air France has already cut most domestic flights under two-and-a-half-hours to favor rail.

“We have closed some non-connecting routes from Paris where there were alternatives on routes below two hours and thirty minutes,” said Air France CEO Anne Rigail at Skift Aviation Forum recently. “We are working with the French railway, SNCF, to improve our inter-mobility and connections.”

The push to go green poses an opportunity for railways, which have been underpriced for years by low-cost carriers on many routes.

“Before the crisis, we saw organic growth in transactions of about 7 percent, year-over-year in the more mature European markets,” said Aaron Gowell, CEO of rail tech provider SilverRail.

“For big, mature markets in countries with almost no population growth, to get 7 percent growth is actually quite a big number,” Gowell said. “We did some survey work, and a lot of it came down to the greening of travel. People were consciously making, in particular, swapping out regional short-hop flights — primarily business travelers.”

Rail regulation, a historic obstacle, has been loosening up. Next year will be the first full year under new European Union rules designed to open up the domestic passenger services market. It is cutting the red tape railways face when running operations outside their home countries.

Deregulation opens up opportunities for carriers to enter foreign markets, which will bring competition on routes that international travelers covet. For instance, in Spain, the incumbent operator Renfe is being confronted with French operator SNCF. Starting in March 2022, Italy’s Trenitalia will also compete on some long-distance routes, such as Madrid and Barcelona.

Rail distribution faces a Catch-22. International visitors buy fewer than 5 percent of intercity rail tickets in Europe, so companies don’t rush to make it easier to book online. Yet if the tickets were easier to book, more travelers would likely buy them. If a traveler searches Google on their smartphone to find transport options between major European cities, they’ll more likely see flight or car-pooling options than rail.

Today many rail operators sell only through their websites and selected travel agencies. Some can’t even accept payment from credit or bank cards from outside of their home country.

Online selling of rail is problematic for two reasons. Railways generally use outdated IT systems, and they lack global distribution systems that can act as middlemen connecting railways with agencies, airlines, and other retailers the way airlines have with Amadeus, Sabre, Travelport, and TravelSky. Rail’s infrastructure and distribution connectivity need updating for online selling to reach its full potential.

On the distribution side, SilverRail has offered SilverCore. This platform translates travel data from participating rail carriers such as SNCF into one language. It then distributes the content to travel agencies through a single data feed. Agencies can then sell train tickets or combine rail with air when building itineraries.

Expedia contracted the company in 2016 to help sell train tickets alongside flights on Expedia’s British and then later German sites. It then bought SilverRail in 2017 for $148 million. Yet soon after, Expedia changed its priorities. It pulled rail from its sites.

“The minute that press release went out, you know, Booking.com was on the line, Kayak was on the line, and all of the other retailers out there were like, OK, now we can get in contact with you because you’re independent again,” Gowell said.

SilverRail was profitable as of September. It generated $40 million in revenue last year before the crisis. It has substantial cash on its balance sheet, and it’s looking to make a few small investments or acqui-hires totaling about $10 million, Gowell said.

SilverRail has shifted focus to what Gowell ambitiously describes as the rail equivalent of Google’s ITA Software, which offers pricing and data tools to airlines. SilverRail is building tools to help railways sell more effectively online.

“Today, if a rail operator wants to put rail up into Google’s air flights path, you have to have a really, really good search product,” Gowell said. “It’s got to be fast, and it has to be able to handle the kind of query volumes that a Google could throw at something like this. These rail carriers are still running their search engines off of big mainframes that are hosted by IBM or somebody else who charges them a fortune for the look-to-book ratios that come in.”

“So rail carriers all truncate their searches,” Gowell said. “They will not allow Google to be hammering on their search engines if it’s unqualified traffic. So we’ve been spending much more time thinking about things like creating the idea of rail and building a powerful mirror cache to handle the loads on behalf of the railways at a lower cost and with better responsiveness for consumers.”

SilverRail is currently beta-testing a search caching product with the Rail Delivery Group, which supports all UK railways.

Distribution remains important, though. Collaboration among carriers and harmonization of station codes and messaging will allow operators to integrate with other providers more seamlessly.

Amadeus, the Madrid-based travel tech giant, has tried to become a universal rail distributor, too. Its most recent marquee deal came last year, when it said it became the first technology platform to distribute China Railway tickets outside mainland China to travel agencies using its system.

Amadeus offers a so-called merchant model for interactions between rail operators and agencies. Amadeus handles all setup, billing, and settlement, and it assumes financial and legal risks of selling via travel agencies. It also takes care of promoting the railways’ offers to travel agencies.

Other tech players, like IBM and Siemens’ HaCon, have offered distribution tools.

But it takes significant participation by all the largest railways to make any business-to-business marketplace worthwhile for agencies and retailers in multiple countries.

“Distribution is a good business, but it has grown a lot slower than I would like,” Gowell said. “The world needs a central way to access all this content. But it’s a 10-year horizon on that thing before it really kind of gets up to speed.

UPDATE: A rising player in rail distribution is Save A Train, based in Israel. The startup said it has contracts with railway operators covering 70 percent of the world’s passenger rail capacity, including most of the largest European railways and, hopefully by August 2021, all of the major Japanese rail companies. The company provides rail content to travel management company CWT, online travel agency Kiwi.com, and other agencies.

Its caching service, based in the cloud, helps railway operators distribute fares via metasearch providers, too. Save a Train is a partner of Kayak.com, and starting in mid-December will be providing rail content to the metasearch brand.

Deregulation will lead to competition. That means moving people between stations will no longer be enough for railways.

When it comes to smarter reservations and inventory management, Sqills, a Dutch rail tech vendor, has emerged as the leader in recent years after a series of wins. More than 20 carriers use its software. Operators are hiring it to upgrade their reservation systems dating from the 1980s and 1990s to ones that can be more flexible.

“A flexible system can allow operators to test changes in their commercial models more quickly while also operating at a lower cost per unit,” said Alexander Mul, co-founder and marketing director. “By models, I mean: What is your fare structure? Origin-and-destination pricing? Zone-based pricing? Distance-based pricing? Should you alternate among these models?”

“Commercial flexibility will separate the winners from the losers,” Mul said. “A modernized system can help give more of that flexibility.”

“Each and every tender, or procurement, process launched during our existence in the last ten years, we have won,” Mul said.

In the past two months, all Britain’s major train operating companies moved onto Sqills’ S3 Passenger.

In October, Canada’s national passenger rail network Via rail said it had begun to migrate its systems to Sqills S3.

“The S3 system covers the network, the prices, and the inventory,” Mul said. “It contains the ticketing. It connects with the payment service provider. It does the authentication of a ticket on usage.”

Operators use Sqills’ inventory system and then connect with companies like Trainline, SilverRail, and Amadeus to distribute their tickets to agencies.

Mul said Sqills isn’t doing much custom work. He said about 95 percent of the operators’ requirements are already standard capabilities and options in its system. Each operator gets its own version of the software on Amazon Web Services, and in-house teams at the operator run it. That’s different from a unified cloud-based model, where an outage in one place could bring all customers down.

Some customization is typical, though, to link disparate systems from different vendors, such as a ticket vending machine with the railway’s accounting software.

Irish Rail, which went live with Sqills in 2017, hired data management vendor Cubic to help the Sqills reservation system interface with the railway’s other components.

Sqills, which has more than 160 workers, hasn’t taken outside capital investment. It has instead grown from revenues instead since its first customer, a small German rail operator, in 2010. It charges on a volume-times-price, sliding scale model.

Sqills generated roughly $25 million in revenue last year. So is it looking for outside capital now to grow?

“No, I wouldn’t say so,” Mul said. “Because technology or money is not an issue to move forward. The technology is already there and scalable. The issue is that the operators have to make their move.”

A couple of other companies are focused on consumer-facing solutions to rail’s e-commerce problems.

Trainline, a UK-based ticket seller, has been expanding its reach into Western Europe. After acquiring French ticket retailer Captain Train, Trainline has been working with companies to supply tickets for journeys in a much broader range of countries, allowing passengers to book European travel in just a few clicks.

Clare Gilmartin revealed this month she will step down as CEO and board member at the end of February 2021 and will be succeeded as CEO by chief operating officer Jody Ford.

She is leaving a growth machine interrupted by the crisis. In 2019, Trainline saw 24 percent year-over-year sales growth. But the pandemic has hurt sales. It sold tickets worth $477 million on its website and app in the six months to August 31. It had brought in $2.4 billion in the same period of last year.

Kiwi.com, an online travel agency based in the Czech Republic, has been increasingly selling rail and inter-city bus along with its original product of flights. It’s one of a few companies, such as Dohop and AirBlackBox, that offer “virtual interlining” for flights. The concept could, in theory, also apply to rail. Virtual interlining lets two carriers blend their itineraries without the cost and complexity of a full interline or codeshare agreement.

Can companies like Kiwi.com and perhaps other retailers like Omio create a virtual interlining solution for rail? This process could let consumers buy an entire journey between two points by mixing, say, rail and bus, with the agency providing an insurance cover in case of a service disruption? Kiwi.com has been experimenting with intercity bus service Flixbus and French rail service RER.

UPDATE: This story was updated to include a mention of Save a Train.

Photo credit: Lner, a rail service in the UK. Lner