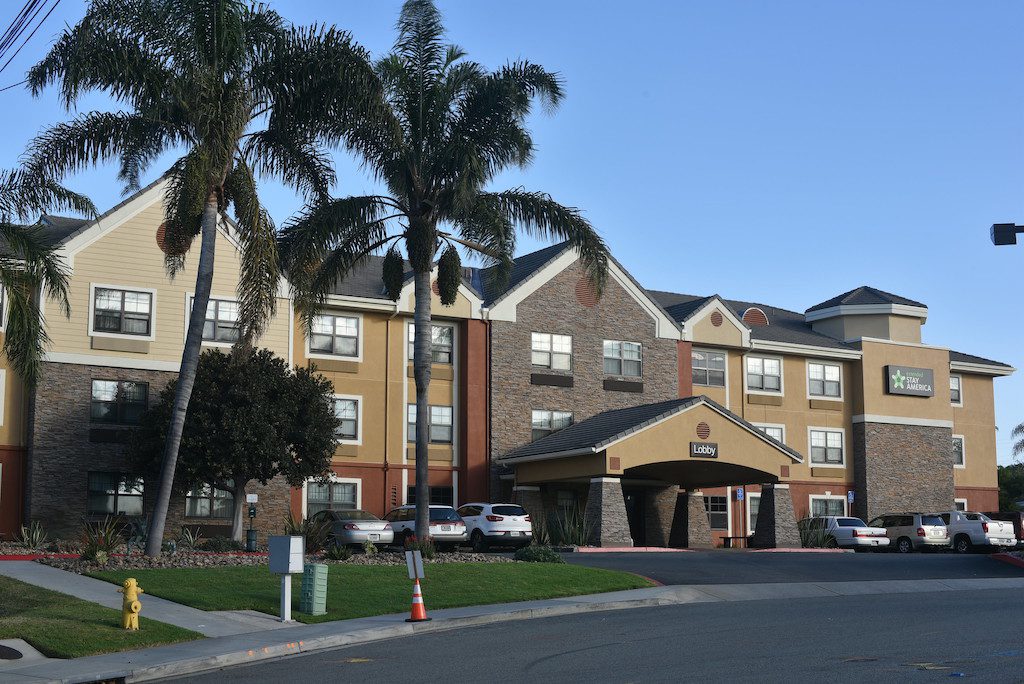 Repositioning properties to function more like apartments than hotels is a financial savior for Extended Stay America.

The extended stay hotel sector’s strong performance through the depths of the coronavirus pandemic comes from a tightening embrace of guests who reserve significantly longer stays.

Extended Stay America still reported an $8.8 million second quarter loss late Monday, but that is significantly less than the hundreds of millions of dollars lost by companies like Marriott and Hilton. Extended Stay America’s leaders attribute their relative success to the company diminishing its focus on transient travelers who reserve rooms for less than a week and focusing on guests who stay a month or longer.

“Our teams are nimble and react quickly to changing market conditions. Last spring we saw many important demand drivers such as transient leisure essentially disappear during the quarter,” Extended Stay America CEO Bruce Haase said Tuesday during an investor call. “Early on, we aligned our field operations, sales, and revenue management teams around a single goal: Find new sources of extended stay demand, and bring those customers to our hotels.”

Longer-term bookings have always comprised a majority of the revenue at Extended Stay America, but shorter transient travel still accounted for about a third of room revenue pre-pandemic. That shrank to about a fifth of room revenue over the second quarter.

So who is booking for extending stays? The company is focused on generating new extended stay clientele in the warehousing, logistics, medical, and construction sectors, Haase added.

The shift in strategy appears to have paid off. While many hotel companies had to temporarily suspend operations at various properties around the world, Extended Stay America kept all 636 of its hotels across the U.S. open.

Occupancy rates have also kept above industry averages. The company reported a nearly 70 percent average occupancy rate across the portfolio during the second quarter, which analysts generally expect to be the worst impacted from the pandemic. Average occupancy has surpassed 80 percent in recent weeks, and some Extended Stay America hotels are even eclipsing the 90 percent occupancy mark, Haase said.

Average U.S. hotel occupancy was 49 percent at the beginning of August, the most recent data provided by STR. Extended Stay America’s systemwide occupancy low was in the high 50 percent range in April.

“Today, our company occupancy levels are the envy of the industry,” Haase said. “We believe our occupancy is currently the highest of any public reporting brand in the U.S. today.”

But if occupancy remained so high — why couldn’t Extended Stay America turn a profit?

Sales and revenue management teams initially offered heavily discounted residential rates at hotels to drive occupancy up. A more than 60-day stay promotion increased occupancy to as high as 90 percent at some properties.

“Since then, we’ve backed off on some of those rates as occupancy has increased,” Haase said. “The good thing about this business is we’re highly flexible. We can adjust revenue management strategies as we see changing market dynamics.”

The company cut costs over the quarter, but it didn’t feel like it needed to go as far as some of its competitors. Extended Stay America avoided corporate furloughs and layoffs while expenses rose on items like personal protective equipment for employees, property taxes and insurance, and a more than $1 million allowance to account for unpaid guest bills.

Given Extended Stay America’s relative strength through the crisis, it would be safe to assume company leaders are planning further growth. The company even attracted investments from Blackstone and Starwood Capital earlier this year due to its resiliency in the early days of pandemic lockdowns.

But the company is more reliant on new construction projects than its competitors, and Haase said he doesn’t expect Extended Stay America’s 69-hotel development pipeline to increase until banks are once again willing to issue hotel construction loans.

Companies like Marriott and Hilton have banked near-term growth on convincing owners of existing hotels to take on one of their brand flags, a deal known as a brand conversion. While Extended Stay America is also interested in brand conversions over the initial recovery, it isn’t as viable a conversion target due to its reliance on residential and longer-term travelers.

“Unfortunately, the universe for convertible product to extended stay is not as large as it is for our transient competitors,” Haase said. “But there is still product out there.”

Owners of existing Candlewood Suites under IHG, Hawthorn Suites by Wyndham, and TownePlace Suites by Marriott are all potential conversion opportunities.

“I think we have a very good story to tell, but a lot of these transactions are predicated on a change of control in ownership,” Haase said. “We have to wait for windows, generally, in terms of hotels to trade.”