Do U.S. Airlines Have a Legal Right to Bar Passengers Who Don’t Wear Masks? 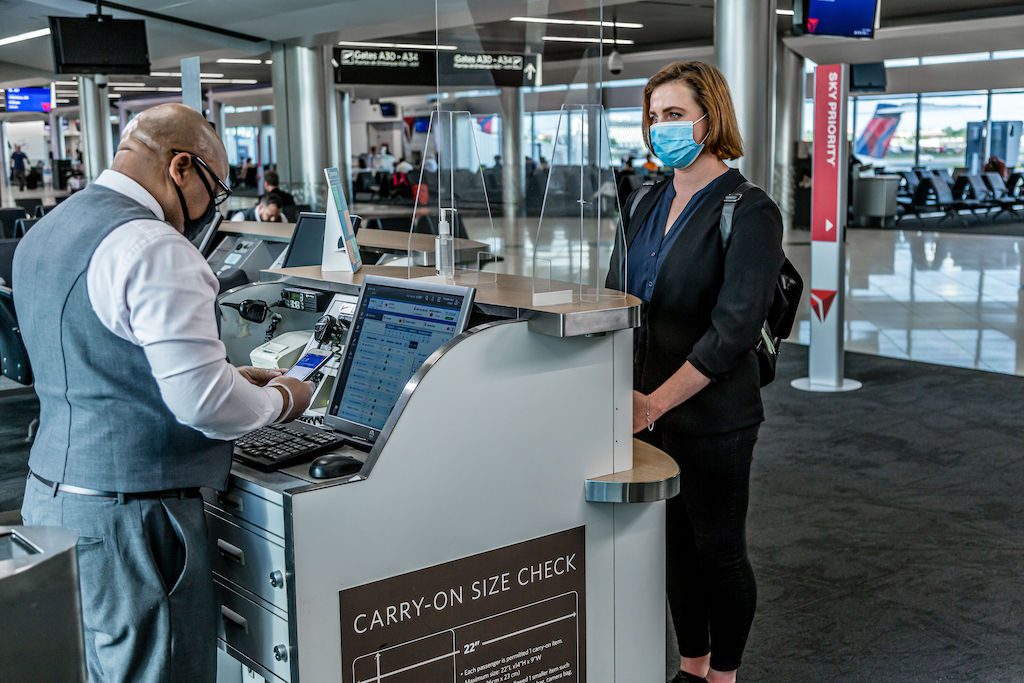 Just wear a mask on an airplane. It's not that hard, and it keeps everyone safer.

Thus far, the U.S. federal government has shown no interest in requiring airline passengers to wear masks to prevent the spread of Covid-19. So many carriers, including American Airlines, United Airlines, and Delta Air Lines, are doing it for them, going so far as to threaten to put non-compliers on their “do-not-fly” lists.

Some passengers may wonder if airlines have the legal right to force customers to wear masks, and the ability to bar passengers who refuse. The answer, two experts say, is a resounding yes.

“I don’t know of any reason any airlines would not be legally able to require passengers to wear pants, shirts or any particular items of clothing if it is reasonably connected to safely transporting people to one place or another,” said Benjamin P. Edwards, an associate professor of law at the University of Nevada, Las Vegas. “If we have social opposition to wearing masks for political reasons, that doesn’t change the legal analysis.”

Whether or not the government intercedes, airlines have a duty to try to protect passengers and their employees, said Julie D. Cantor, an attorney and physician who taught at UCLA School of Law for over a decade. With passengers, she said, the airline has a “special relationship,” in which the airline takes a “caretaker” role for customers, similar to the hotel-guest relationship. And with workers, employees have an expectation their employers will keep them safe, she said.

If airlines do not make a reasonable attempt to keep passengers and employees free from the virus, she said, carriers could risk lawsuits filed by people who get sick. She said she’s not surprised that Airlines for America, a trade group representing the largest U.S. airlines, said on June 15 that its members would take mask enforcement more seriously.

“If I am general counsel for one of these airlines, I am probably having heart palpitations because I am worrying that my airline could be a defendant in a lawsuit if we don’t move fast on this issue,” Cantor said.

What About My Rights?

A vocal group of Americans often likes to speak about their constitutional freedom to do whatever they wish. But on airplanes, like at most private businesses, no such right exists, attorneys say.

Airlines can make any reasonable regulation they want, and create their own consequences for passengers who violate it, Cantor said.

It might be easier for airlines if Congress or the Federal Aviation Administration created a law or regulation, similar to rules requiring seatbelts or banning smoking. But it is not required, Edwards said.

“If Southwest says, this is how you board our flights, and you refuse to abide by that, you don’t need an act of Congress or the FAA to stop them,” Edwards said. “Even if mask wearing is not particularly effective but it increases confidence, airlines may still require it.”

The law permits exemptions for medical reasons, Cantor said, but even there, airlines can create guidelines to try to keep passengers in compliance with mask rules. Perhaps, she said, passengers seeking an exemption could be required to inform the airline one or two days in advance. This way, a passenger could not cite health issues at the last minute to avoid a ban.

One potential problem for U.S. airlines is enforcement. At many carriers, flight attendants are the front-line defense, charged with reminding passengers about the policy and reporting customers who do not follow it.

At United, flight attendants are supposed to give passengers two verbal warnings. If the customer does not follow after the second warning, the flight attendant should stop trying to persuade the passenger and submit a written report to managers within 48 hours. American has a similar approach, with the carrier telling flight attendants, “we want to keep the interaction de-escalated.”

Each flight attendant will interpret enforcement in a slightly different manner, just as not all have the same definition of what it means to over-serve alcoholic drinks. Some may confront non-masked passengers, while others may not. And while many will go through the process of reporting non-compliers to headquarters, some may not bother with the paperwork.

An incident last week on American showed how messy this can get. On Wednesday, a conservative activist was asked to leave a flight from New York to Dallas/Fort Worth because he would not wear a mask. Later that day, however, the man said he flew American on another route without a mask. Both flights had the same rules, but the second time they were not enforced the same way. (After the incidents, American said it temporarily put the activist on its do not fly list.)

That sort of flight-by-flight discrepancy is bound to happen, but legally is not a concern, Edwards and Cantor said.

“The only way I could see an issue is if it would be enforced in some discriminatory way,” Edwards said, such as if an airline only enforced the rules against a certain sex or race.

The rules should be enforced “as uniformly as possible,” Cantor said, but she acknowledged not every flight attendant will handle the situation the same way. And that’s fine, she said.

“An airline is going to try to train people and have everyone behave uniformly,” Cantor said. But we are not Droids. So could there be different behaviors on the margins? Of course.”