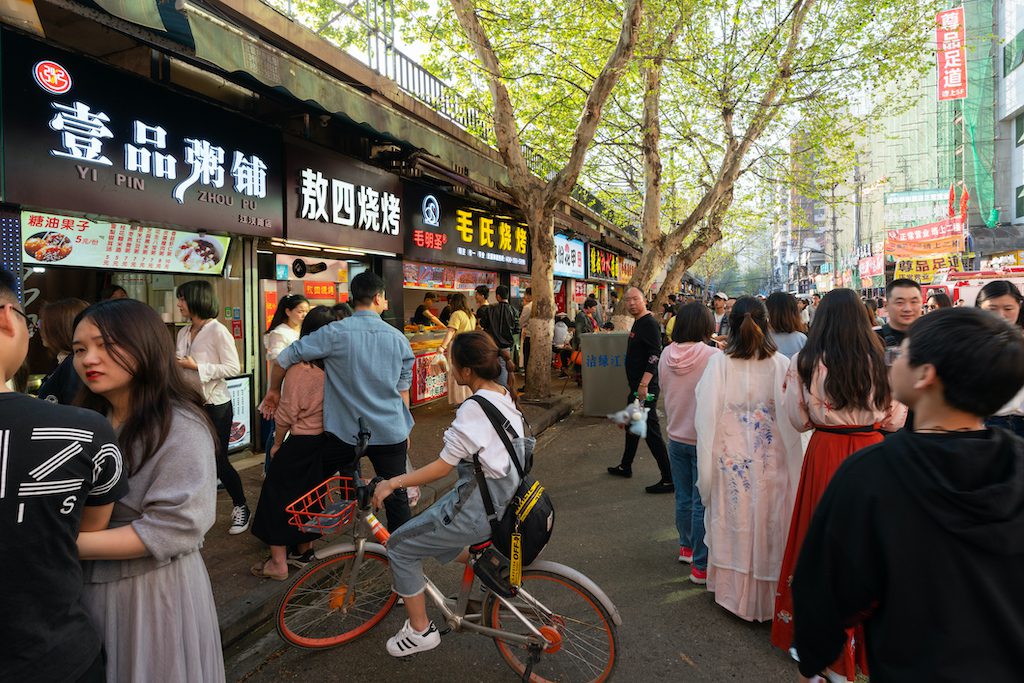 Wuhan may be a household name now — but not for the greatest of reasons. With its "Spotlight Series" of online tours, tour company Walks wants to try and change that.

No one could’ve predicted that 2020 would herald in an explosion of virtual tours and experiences. But with most of the traveling public stuck at home, the idea of, say, touring the Sistine Chapel from a sofa has become suddenly appealing and companies are changing their offerings accordingly.

One such company is the online tour company Walks, which has put together a selection of Tours From Home offered by “expert guides, passionate chefs, and stellar storytellers.” But while Stephen Oddo, the CEO and founder, was happy to find a way to provide small income source to some of the company’s tour guides as well as a way to keep brand awareness high, he also saw an opportunity to do something more.

Thus was born the Spotlight Series, during which Walks is offering online tours guided by non-professional tour guides in unexpected places. The first series will be guided by Wuhan local Akim Zhou and feature “stories from the world’s most famous city.”

“I think it’s a great opportunity to popularize this city,” Zhou, who grew up in Wuhan and studied at the University of Sydney, told Skift via email. “Wuhan was not famous as the places such as Beijing or Shanghai, however it’s famous now, but not in a good way. I want my hometown to be impressive with something positive and nice, there’s plenty of beautiful things in here and I felt honored to deliver tours so that I can tell stories that people unable to read on the news.”

The tour includes information about Wuhan’s street food culture, antique markets, the Yangtze river and its 164 lakes, as well as the city’s prestigious and historic university. It will also discuss Zhou’s experience living in the city of 11 million residents as it reopened.

The tours are done live, and will run for three consecutive Thursdays beginning on April 30, at 7 p.m. ET. Participants register online and pay $10, and get a $25 voucher for a future real life tour, which can redeemed for up to two years. Oddo said the idea isn’t necessarily to inspire people to travel to Wuhan once the world opens up again, but rather as a way for the company to “break out of the paradigm” of tourism and embrace a broader role as storyteller.

“I was interested in this city that all of a sudden became famous,” Oddo said. “And as someone who’s been in the travel industry my whole life, I just felt like there needed to be another version of the story as opposed to what you see right now about Wuhan.”

Zhou agrees — though she is happy if her tour does inspire people to visit.

“The biggest misconception, currently, might be the tag of ‘city of coronavirus.'” Zhou wrote. “I will try my best to describe the beautiful and interesting things I saw in this city, but it’s still not enough until you experience it.”

Oddo explains that as a business decision, the virtual tours are not a revenue generator — “we’re investing more in this project than we’re making” — but more a conscious decision to not allow the Walks brand to go dark.

“When travel starts to come back to normal, I can imagine that if you play it right [virtual tours] are something you can use in an ongoing way,” Oddo said. “Maybe prospective customers can join a tour and get a sense of what they’re going to be learning about, or people who can’t travel can connect that way.”

Photo credit: Girl on a Mobike bike in the line for street food shops in Wuhan China. Walks