An upside for cities like Berlin that tighten short-term rental supply through regulation is that they're less prone to price and occupancy shocks when something like the trade fair ITB Berlin cancels at the last minute.

But you’d be partly wrong. New data suggests the impact of the coronavirus crisis was mild, even though Berlin was set to host about 50,000 visitors from abroad during the first week of March.

Berlin’s occupancy and rates only had minor drops. Advertised daily rates for the days of the fair barely changed after the cancellation was announced, said Transparent, a vacation rentals analytics service, in a report on Friday. Berlin’s short-term rental rates remained broadly in line with the ones for the weeks before and after it. 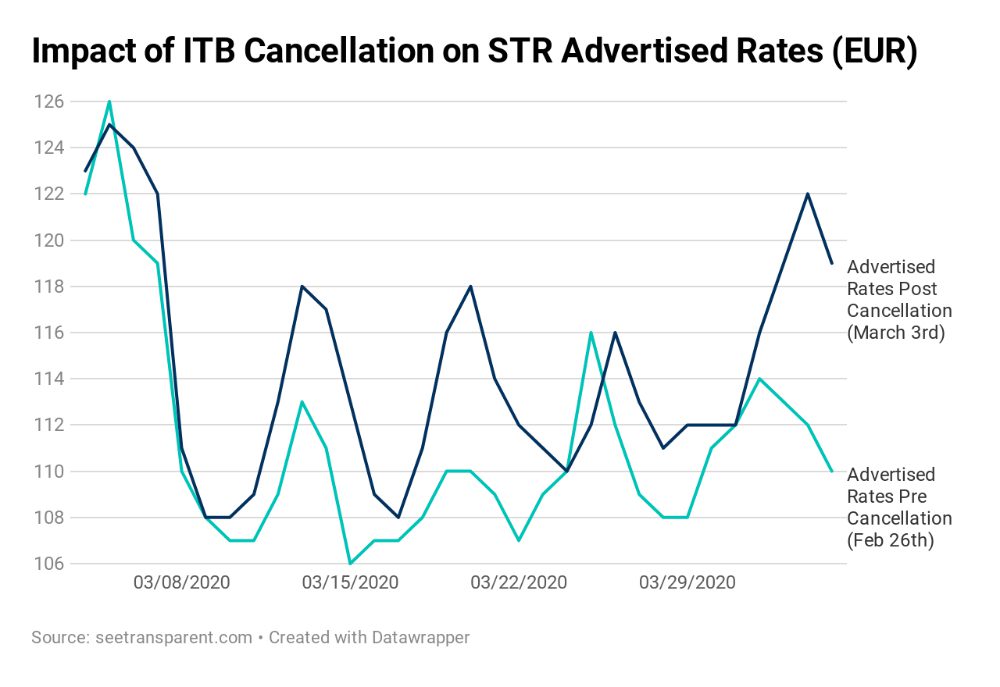 The non-dramatic outcome likely reflects how local regulators have contained professionalization of the city’s alternative accommodations. By keeping rental inventory limited, Berlin has buffered itself from the worst effects of shocks to demand.

Two out of three short-term rental listings in Berlin are managed by single-property hosts. That means Berlin has one of the least professionalized markets compared with other cities, according to a recent check by Transparent. Berlin in May 2016 threatened people renting entire apartments through online agencies like Airbnb and Booking.com with fines of up to about $113,000 (€100,000), unless they were hosts offering individual rooms in their apartments. The city relaxed the rules in 2018. It now lets owner-occupiers apply for a permit to rent out their own home as much as they want. But landlords who flout the rules can face a fine of as much as $566,000 (€500,000).

Photo credit: An image of a house key for an Airbnb listing by Katrin and Mo in the Berlin Mitte district right at Potsdamer Platz. Berlin short-term rental properties avoided sharp pain when ITB Berlin canceled its early March event, according to data from Transparent. Airbnb