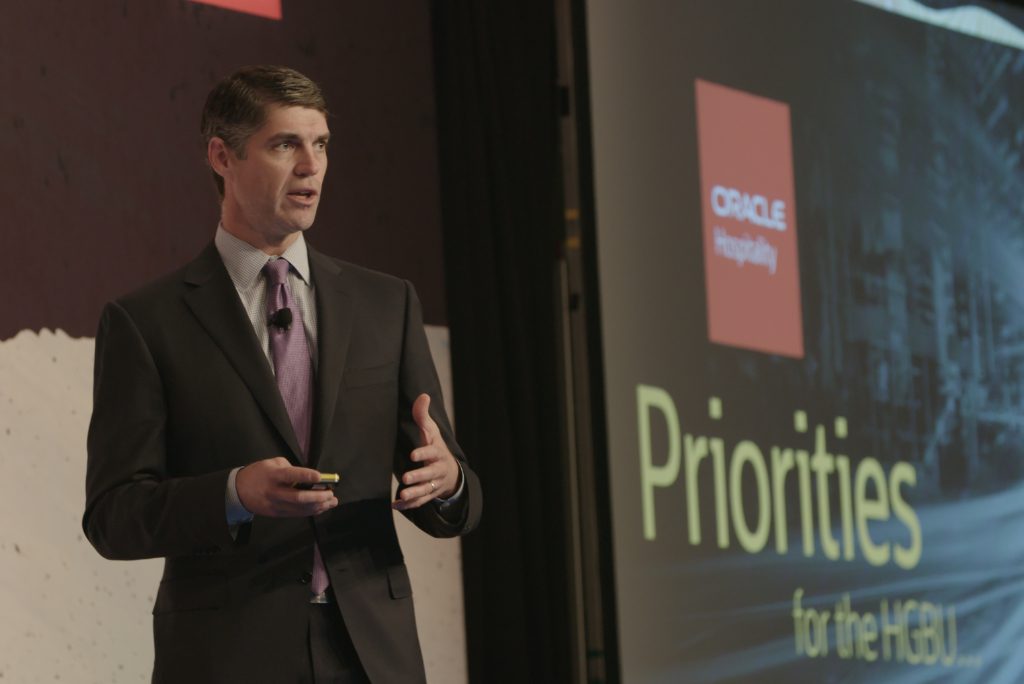 For too long, Oracle Hospitality, a giant in the hotel tech space, has prioritized internal needs. Now it's changed its tune. It says it's making hotels the boss. The long overdue customer-first approach is laudable. But there's still work to do.

When it comes to providing tech services to hotels, has Oracle Hospitality turned over a new leaf?

Hotels, especially higher-end hotels with the most ambition, have delivered trenchant criticism of Oracle Hospitality for several years. The tech brand’s flagship product is the property management system, or PMS, which stores a golden record on guest and room inventory data. Oracle’s various property management systems — including Opera, its best-known one — run at close to 40,000 properties.

Last week, hoteliers and vendors gathered at an Oracle Hospitality customer conference in San Diego. They saved their loudest applause for Darko Vukovic — a critical player for the company’s ability to easily integrate other third-party and broader Oracle applications to Opera Cloud..

Vukovic listed pitfalls facing vendors when attempting to plug into Oracle Hospitality. (Details, in a moment.) Vukovic ended his list by asking the audience, “Does this summarize the pain points we have today, knowing that the volume of your reaction will be directly proportional to how much budget I’m going to get to solve them?”

Vukovic rattled off problems, such as expensive licensing fees, expensive integration costs, expensive onboarding of partners, and no phone number for customer support when there’s an integration hiccup.

“This is really terrible,” said Vukovic, who joined Oracle Hospitality in November 2018 after having led integrations at the parent company. He then laid out the blueprint for addressing each of the pain points.

Across the industry, tech connectivity and synchronization problems have led to a dumbing down of the sector. Hotel tech stacks often can only be as sophisticated as their weakest link, or lowest common denominator, according to the Skift Research report The Hotel Property Management Systems Landscape 2020. When Oracle Hospitality creates a new baseline with its new cloud-based platform, which replaces its premise-based technology, the move will unlock the full power of many other systems that interact with it.

To be fair, Oracle inherited many problems when it acquired Micros in 2014.

“Even before the acquisition [of Micros by Oracle Hospitality], the only way for a small company like ours to get any attention was to hire ex-Micros people, which we did,” said Valyn Perini, vice president, strategic relationships at Nor1, a seller of hotel up-selling software. “There was no support structure of any kind for partners – no email, no phone, nothing.”

Oracle had never acquired a company like Micros, meaning, a company whose customers needed a significant level of service due to the complexity of the hotel sector’s systems. So it had to learn how to cope.

In the past year, Vukovic and other Oracle executives, including new top boss Alex Alt, have been telling hoteliers that they’re listening. They said their teams have been working actively to patch problems and rejigger processes.

“In my big ten [global hotel group accounts], we’ve done a lot of one-off developments, which are costly and a pain in the neck for both parties,” said Connie Rheams, global vice president of global account sales.

“Now we have an API-first strategy for Opera cloud. That is brilliant because it says, ‘You don’t have to wait on us. You can consume these APIs on your own or with a partner. That gives you flexibility,'” Rheams said in an interview.

The progress builds on momentum kickstarted a little over a year ago by Laura Calin, vice president of strategy — under the impetus of then-boss Greg Webb. New deputies have helped. For example, both Tanya Pratt, associate vice president, Opera cloud strategy, and Tom Coulthurst, director of hospitality strategy, joined in late 2018 to help with the effort.

And Justice for All

Several industry executives like what they see in the new Oracle Hospitality. About 50 hotels and vendors have been testing its new integration platform.

“In the last year, we’ve seen a real turnaround, as Oracle has brought in staff with hospitality experience, or like Darko Vukovic, professionals with experience that can transfer to hospitality,” Perini said.

At the smaller end of the hotel sector, Banff Park Lodge moved to Oracle Hospitality’s cloud-based platform seven weeks ago and hasn’t seen any “system downtime” or other problems, said Steven Schultz, director of rooms.

“It’s amazing to see all the metrics on my properties via a mobile device rather than having to use a desktop system,” Schultz said. “It’s also great to get rid of all the hardware, with a real cost benefit to doing away with the old cabling and the big server rooms.”

Alt, senior vice president and general manager, said that one of his top goals is to ensure “connected outcomes” as a way to break down silos culturally and technologically both inside his team and within hotels. Alt argues that other desirable things, like profitable growth, innovation, and employee engagement, will flow from putting the hotel customer first.

Oracle Hospitality is aiming to provide the tools to make it easier for developers to connect to its platform without the company’s help. It’s aiming to let hotels activate approved third-party tools without having to engage Oracle. It will give third-party vendors access to a customer support phone line they never had before.

In the new commercial model of the cloud, the licensing problem where a hotel has to pay for each additional integration or rise in usage, within the set of approved connections, goes away. The brand replaces that with what’s essentially an all-you-can-eat model.

Master of the Distribution Puppets

Many hotels want to drive more direct bookings, and the booking engine they use on their websites and apps needs to be cutting-edge. Oracle Hospitality’s booking engine gets low marks from many hoteliers.

So Oracle Hospitality’s goal is that, if you, as a hotelier, have a booking engine you’ve built, or co-built with a digital agency, or that you’ve bought off-the-shelf from a vendor, you can easily plug that engine into your property management system’s various data feeds for speedy, real-time connectivity.

Hotels also care about third-party distribution, such as through online travel agencies. But the outdated Oracle Hospitality system has hindered straightforward and seamless connections. Complexity has bred dozens of middlemen connectivity services, called “switches” or “channel managers,” along with their fees and their potential points of failure.

The plan is to let distribution partners, such as Booking.com, plug easily into Oracle Hospitality’s platform. The plan is also to let next-generation connectivity services, like SiteMinder, DerbySoft, RateGain’s Dhisco, and SmartHotel.nl, more easily plug in, too.

Then, hotels would have a buffet of options, said Coulthurst.

Much of the conference focused on cloud-based systems, which represent a single-digit percentage of the company’s hotel install base. Some customers have properties and operations in places that don’t yet have pervasive wireless internet, whether because they are on islands, on cruise ships, or in emerging countries, and thus can’t use cloud-based systems. Calin pledged Oracle would maintain service for its premise-based systems.

Yet Oracle Hospitality will focus its energy on the cloud. For example, it has signed up five customers, such as Banff Park Lodge, for its new sales and events module for properties.

The tool gives group, wedding, and event salespeople the intel they need on space availability and other details via their mobile devices, Pratt said. The new user interface will enable salespeople to slip out of clunky and slow workflows. They can then focus on the personal relationships needed to close a booking instead, she said.

“Especially this fall as we take our premium version of this product into the big hotel groups that have, say, 150 event salespeople, the reps are going to think to themselves ‘Yes, I still have revenue goals, but I’m not going to have to do the same thing as the person sitting across from me.’ That will be a game-changer,” Pratt said.

Oracle, the parent company, has seen its stock underperform the broader U.S. stock market by about 60 percent across the past five years. It has made some bets on the cloud. But when customers switch to cloud services, many haven’t been loyal to Oracle and have opted instead for solutions from cloud-first providers.

Oracle Hospitality, by assembling a dream team, executing well, and emphasizing its lead on data security, could become a unit that defies that recent pattern. But moving hotel clients to the cloud might require upfront capital investments and deferred revenue, as upfront licenses are broadly replaced with subscriptions. That’s a tricky, though do-able, switch.

Gaining a reputation for customer service among hotel companies is crucial. Across its product portfolio, Alt told Skift last month that Oracle Hospitality has made progress on several metrics it tracks.

On Thursday, Alt told conference-goers, “What we’re hearing from our customers is that, ‘Yes, we’ve seen improvements in the support function, but we want to see more.’ And we’re continuing to respond to that, especially in addressing software bugs more quickly…. We’re about two years in on a three- or four-year improvement cycle…. As we enhance our product suite and standardize on modern technologies, a lot of the need for support questions will naturally decline, too.”