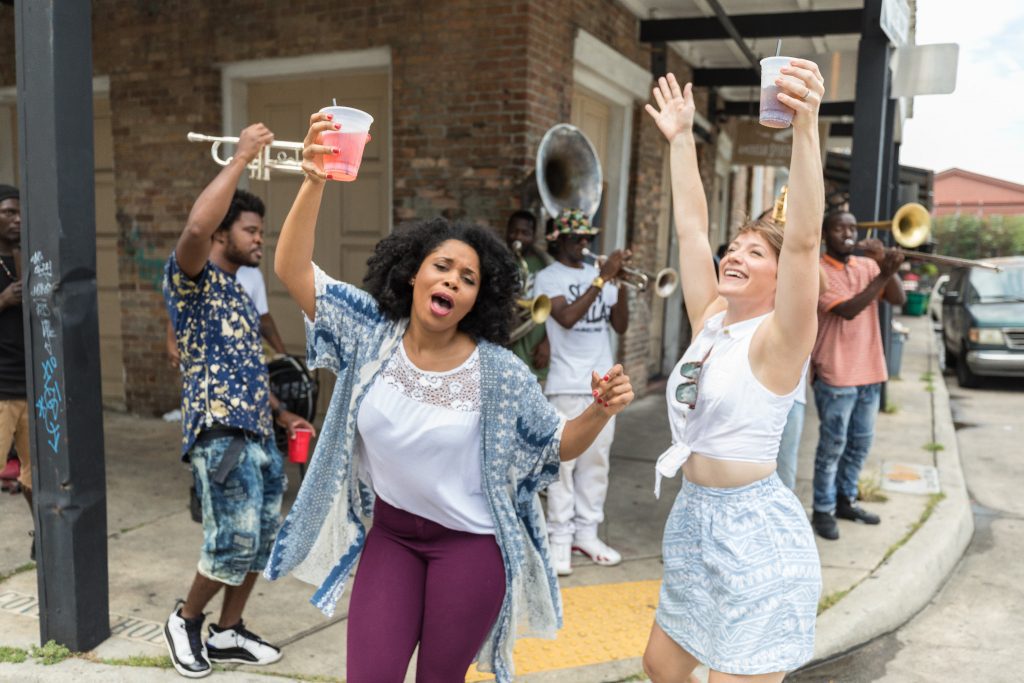 Music travel is gaining popularity as tourists look for new experiences. There are plenty of opportunities for travel advisors, even though some of the big festivals are trying to keep all the business to themselves.

Whether it’s millennials wanting to see the hottest bands at Coachella in Southern California, musical theater die-hards booking months ahead for a ticket to Hamilton or nostalgic baby boomers keen to catch Fleetwood Mac one last time, music and entertainment are becoming increasingly interlinked with travel.

The popularity of music festivals, shows and concerts, along with the challenges travelers face in obtaining tickets and coordinating travel arrangements, are presenting opportunities for travel advisors.

A recent study by online travel agency eDreams identified music as a key factor in destination choice for a third of U.S. millennials, with one in four Americans prepared to travel to a different country to watch their favorite artist perform.

According to the survey, Americans are the most inclined (23 percent) to travel to a destination because its local music style inspires them, compared to just 8 percent of British and 14 percent of European travelers.

Abbey Schoenberg, vice president of marketing for Contiki USA, noted that music and travel are “instinctively entwined,” and many travelers book their Contiki trip around key music events.

She cited her company’s Rhythm and Alps Festival package in New Zealand, which combines a two-day pass to the globally-recognized techno music festival with sight-seeing around the Milford Sound fjord, a ticket for the notorious Nevis Swing and the gourmet highlights of Queenstown.

“Not only do we provide unique experiences at the festival, like a private showcase from festival performers, but we bookend the trip with additional travel experiences in Queenstown to increase the value for travelers partaking in long-haul flights,” she explained.

Some Festivals Not Supportive

Schoenberg lamented that her company does not get enough support from some leading music festivals and “would love to do more in this space and will continue to source new options for our travelers, but there are some hurdles to overcome.”

One obstacle is the inherent strength of some festivals like the giant Glastonbury Festival in the United Kingdom. The 2020 event, boasting a line-up including Diana Ross and Paul McCartney, should attract more than 200,000 visitors.

That festival seems to keep everything in-house, appointing a single agency to handle ticketing. With the June event sold out shortly after bookings opened in early October, it’s no surprise that festival organizers don’t feel the need to engage with travel advisors.

On the other hand, the Montreux Jazz Festival, which attracts up to 250,000 visitors each year, around 20 percent from outside Switzerland, prides itself on its close relationships with travel advisors, according to press officer Marc Zendrini.
Montreux has special ticket allocations for the travel trade, he confirmed, and travel advisors have significant opportunities to package a range of other experiences and activities around the two-week event in July.

While Villanueva doesn’t have specific statistics for the proportion of visitors attracted to Las Vegas mainly by its entertainment offerings, he stressed that the “ever-changing and evolving entertainment landscape in Las Vegas is always of high interest as it continues to be a huge drawcard for travelers”.

Travel advisors play a vital role in the city’s success, he added. “Keeping them up-to-date on the latest destination offerings is very important. Whether it’s through digital newsletters, sales calls, online or in-office trainings, our international offices connect with them often.”

Villanueva explained that Las Vegas’ hospitality industry leaders and the resort community work closely together with travel advisors to package entertainment and accommodation offerings to suit a variety of consumer interests.

“They provide agents with access to special rates for their clients, to secure ahead of their travel,” he said. “They also have proactive sales departments that work with tour operators and travel agents to make the process of purchasing show tickets easy, especially when it comes to groups.”

New Orleans is another city which attracts a significant number of music fans among its 18 million annual visitors.

“We have a partnership with Atlanta and Nashville called Rhythms of the South which promotes travel to our musical cities as a regional destination, which is very popular among international visitors interested in music,” she explained.

It’s estimated that more than half of the visitors to New York City are attracted by Broadway shows.

According to Hoffman, 81 percent of people from the New York City suburbs ranked Broadway as a key factor in their visits to the city, along with 73.4 percent of other domestic and 61.3 percent of international visitors.

You don’t get those numbers without co-operating with the travel industry, and Hoffman confirmed that Broadway Inbound engages partner shows and performing arts organizations for its Broadway Collection marketing initiative.

“The goal of this program is to build a global distribution network to give tour operators, OTAs, travel agents, and other wholesale distributors a simple way to add shows and events to group or package programs, along with info and content to educate travelers on the best show for their individual tastes.

While Broadway operations do not maintain buckets of tickets exclusively held for the travel trade, Hoffman said group buyers can reserve seats and are given a limited option on those tickets prior to payment. “That option provides the opportunity to maximize their group conversions.”

Hoffman also pointed out that for the FIT (free independent traveler) market, Broadway Inbound provides direct access to primary inventory, based on availability. “Shows and venues determine prices and wholesale margins, which change from show to show, performance day, and time of year,” he added.

While some entertainment organizers may be less than cooperative with travel advisors, there are significant opportunities with those who are keen to work with the travel trade. And because travelers may struggle to secure tickets to festivals or shows, travel advisors can leverage their relationships with organizers to add significant value for their clients.

“In most instances, all elements — tickets, transport, accommodation — need to be booked separately and this creates a barrier to purchase due to complexity and cost,” she said. “Plus, with many festival locations outside large cities, working out how to get there from key airports, especially when travelers are often coming from long-haul destinations, turns this experience into a lot of hard work.”

In a similar vein, Broadway Inbound’s Hoffman noted that many travelers to New York want to do more than see a Broadway or off-Broadway show, creating opportunities for travel advisors to build a multi-faceted trip around a performance.