His death came as a shock to the team at the Jakarta-based unicorn online travel and lifestyle agency. Gautama, 39, was described by a source as “very fit” and did not show any signs of illness apart from a toothache-like pain which sent him to the dentist last weekend. He died on Monday night local time; the cause of death undisclosed.

Traveloka’s co-founder and CEO Ferry Unardi announced the “the great loss of one of our closest friends.” In a press statement, Unardi said, “He had been a valued member of our team from early 2016 and will be sadly missed by many. We have lost a dear friend, a great leader and valued colleague.

“Denni was communicative, open, and deeply caring to not only the engineering team, but for Traveloka as a company. Each of us grieves at the passing of a tremendous individual.”

Unardi and other Traveloka leaders are in Jember, a town in East Java, where Gautama will be buried on Aug. 1. 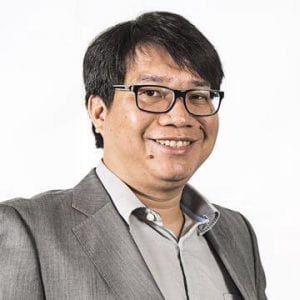 Gautama joined Traveloka in 2016 as head of engineering for accommodation and had his role enlarged to include transport when Kusuma left.

In a March article co-produced by e27 and ScaleUp Academy, he gave a peek into how he had to deal with the tremendous expansion at Traveloka, saying never before in his entire career did he have to deal with “this enormous challenge of scaling up — and definitely not at this speed.”

“I’d be lucky in the past if my team size could grow by 10-20 percent in a year, let alone with an additional portfolio.

“In Traveloka, not only do I have to deal with organizational challenges — hiring, training, and growing people to cope with the super fast growth and changes — but also the technical challenges — scaling products and services for 10 times more users and handling the complexity of 10 times more products.

“That involves a lot of reorganization and refactoring activities, without disrupting the stability of the organization and systems as the business has aggressive growth targets,” Gautama said.

When he joined Traveloka in early 2016, it had less than 700 people developing and operating two products (flight and hotel booking) with its apps downloaded more than five million times.

By 2019, Traveloka had grown to more than 2,500 people with more than 20 products and more than 50 million app downloads. Its technology center expanded from Jakarta to Singapore and Bangalore, Gautama said.

According to a July 29 report in The Wall Street Journal, Traveloka is in talks to raise $500 million in fresh funding that could value the Indonesian startup at as much as $4.5 billion, citing people familiar with the matter.

The investment, which could close within the next two months, would be used to fuel Traveloka’s expansion in the region, the report added.

Meanwhile, the online player continues to introduce innovative features. The latest, Multi-city, allows users to book affordable flights to several destinations at once in one transaction. Users can add up to five additional destinations from and to various domestic and international destinations, such as Japan, South Korea, Australia, China, Europe and the U.S., without having to return to the city of arrival.

Traveloka said its internal data shows that long-haul and medium-haul flights from Indonesia to various destinations such as South Korea, Japan, the Netherlands, France, and the U.K. have grown by 70 percent in the first quarter, over the same period last year. It expects the trend to continue.

A survey released this month by Indonesian firm Alvara Research ranked Traveloka as the most popular ticket and hotel booking application with the highest number of respondents willing to use it in the future.

The survey stressed that brand awareness and performance are vital driving forces behind how millennials interact with and select e-commerce applications.