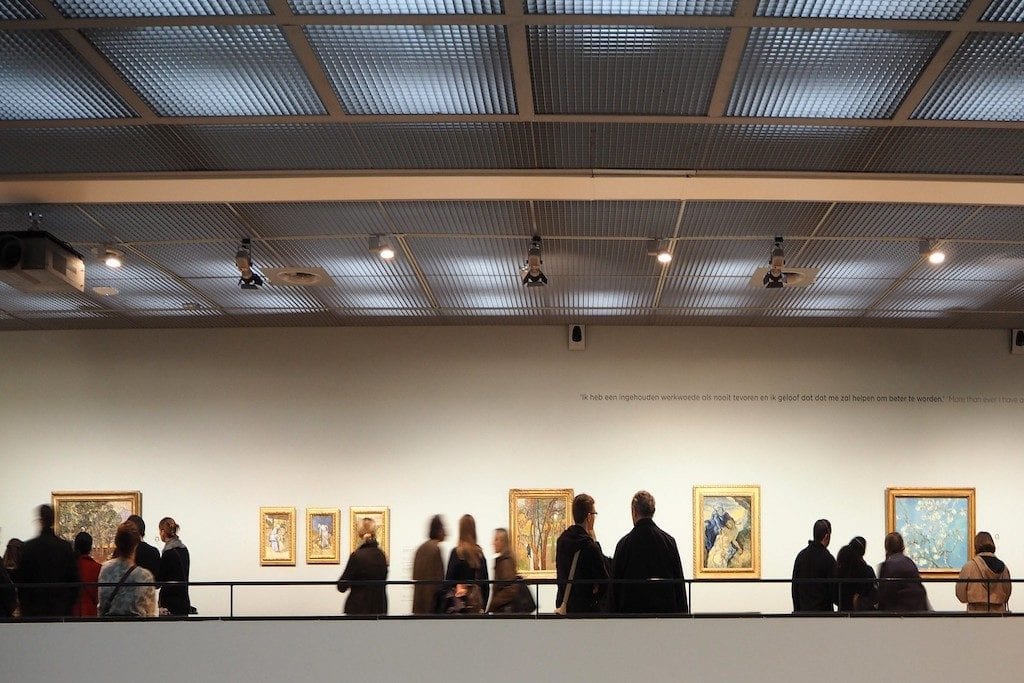 In the age of overtourism, a top tourist attraction admitting they have a carrying capacity is a quietly radical act. For the Van Gogh Museum in Amsterdam, it's one that has paid off.

In 2017, a record-breaking 2.26 million people visited the Van Gogh Museum in Amsterdam. It was the highest-ever attendance for the hugely popular tourist attraction, with the average visitor numbers in prior years hovering around 1.5 million.

But crowding in the gallery was rife. Wait times at the cloakroom were too long. Entering the museum involved snaking queues, as well. Extending the museum’s opening hours was not an option because it would expose the artwork to too much light.

In response, the museum did something that seems quite novel — even in the context of 2019, where concerns about overtourism are never far from mind. They admitted that welcoming ever-more visitors was a not a wise or realistic goal.

As Laurine van de Wiel and Ellen Feberwee — who serve as the museum’s senior marketing advisor and trade & sales marketing manager, respectively — told Skift: “The decision was taken to place greater emphasis on ensuring a high-quality visit than on achieving the highest possible annual figures.”

The result was less visitors in 2018 (2.16 million) and a 2019 that has the potential to repeat that trend. By comparison, the city of Amsterdam saw a 6.8 percent increase in overnight hotel stays from 2017 to 2018, to 16.9 million. Though the museum ticket price did increase by one euro to €18 between 2017 and 2018, the museum said they “constantly measure the satisfaction of the price each year and we see no changes over the years.”

For the museum, the decline in numbers since 2017 is seen not as a trade-off, but rather as a marked success, as van de Wiel and Feberwee first explained at the European Tourism Association’s City Fair Conference in London last month.

So how did it happen? The museum started by analyzing visitor behavior to make sure that the capacity and space of the building was used as efficiently as possible to distribute crowds. This was particularly important due to the fact that the Van Gogh Museum, with its comparatively small space, welcomes more than 500 visitors per square meter of gallery space, compared to the Tate Modern’s 171 and the Louvre’s 140.

They also endeavored to predict visitors more effectively, analyzing variables like seasonal patterns, special events, and holidays that influence turnout. A revamping of their ticketing practices included introducing starting times, amending supply based on different sales channels, and creating a dedicated team that can adjust the number of available tickets every 15 minutes based on real-time capacity insights.

Lastly, they took steps to communicate what the gallery’s expectation of visitors are through service emails, reminders of the no-photography policy, and limiting visits of large groups. (Visitors can take photos in assigned spots, where there are photo-friendly blow-ups of popular paintings.)

So why is the fall in visitor numbers seen as a success? The proof is in the customer satisfaction (and the KPIs), van de Wiel and Feberwee said.

“Our audience research revealed that we had made significant improvements in three areas between 2017 and 2018: with regard to waiting time at the entrance, waiting time at the cloakroom and bustle in the galleries,” the two wrote. They noted that the museum’s net promotor score, which measures customer experience and loyalty, increased by 6 percent; they also saw a 6 percent increase in visitors who say their preference for the museum is extremely or very strong. “Preference is an indication of our competitive strength, and the hardest to improve.”

It’s surprising that in the age of overtourism, so few people seem willing to state the obvious: Attractions and destinations have a carrying capacity. That’s a fact that even the smartest, most efficient management and policies can’t fully ameliorate. The early success of the museum’s strategies seem to come from embracing that truth head-on, and then crafting the visitor experience from there.

“Yes, there is a maximum amount of visitors that can enter the Van Gogh Museum,” the pair wrote. “We try to receive as many visitors as possible while making sure their visit is as pleasant as possible.”