The Most Amazing Airline Failures of the Past 15 Years 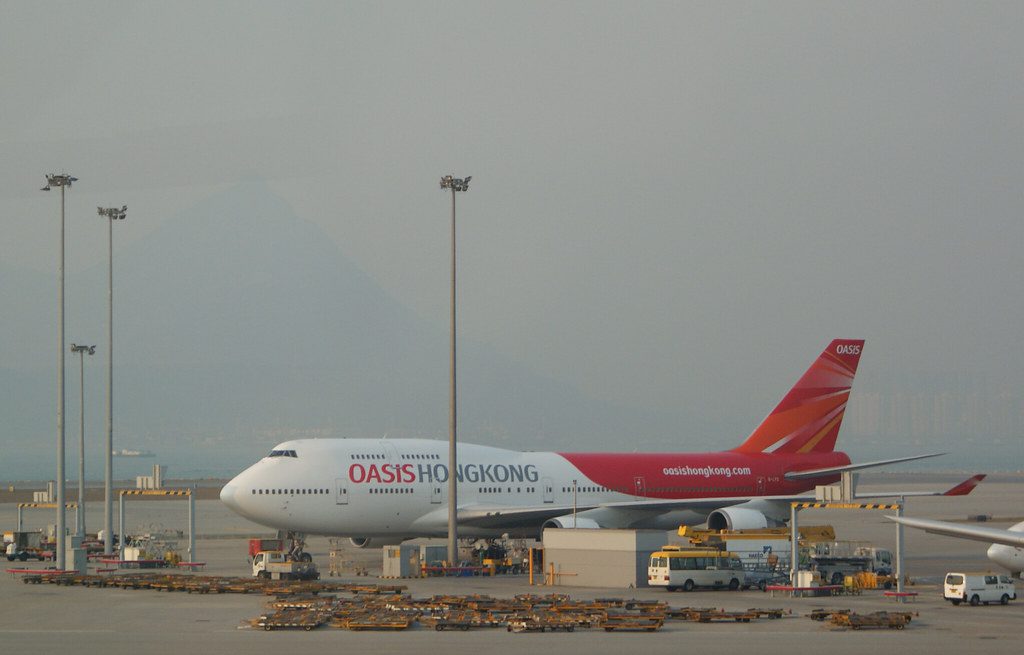 The airline industry is a tough business. Dozens of carriers have gone belly-up since Skift Airline Weekly began publishing in 2004. We picked 10 of the most interesting bankruptcy and grounding stories in the last 15 years.

It was a whole different world in the airline industry in 2004, when Airline Weekly published its first issue.

Back then before it became Skift Airline Weekly, the industry was still reeling from the after effects of the Sept. 11 terrorist attacks and the recession that followed. Consolidation had yet to happen (a process that’s still playing out worldwide), and airlines were happy simply not to lose money. The European Union-U.S. Open Skies agreement hadn’t been signed, so the restrictive Bermuda II agreement limited access to London Heathrow. A lot of the airlines flying today didn’t exist or existed in different forms. And a lot of the storied names of aviation flying back then went under.

Here, we take a look at 10 airlines that went bust since we published our first issue. This list is not exhaustive, but we’ve picked the stories we found most interesting.

Oasis Hong Kong had ambitious plans, but executed on very little. It flew two routes, London Gatwick and Vancouver, on a fleet of four B747-400s, with plans to operate to Oakland, Calif., and Chicago, as well as other destinations in Europe. Despite winning accolades as the world’s best new airline from such respected outfits as CAPA, the carrier eventually collapsed under its own debt. Perhaps the £75 (about $140 at the time) Hong Kong-London fares (including hot meals and amenity kits!) were to blame. Or perhaps fierce competition on that route was. Regardless, Oasis ceased operations in 2008, leaving ticket holders in the lurch.

Brazil’s flag carrier Varig had a storied history, launching in 1927 to connect its vast home country’s far-flung cities. For decades, Varig was Brazil’s only airline, eventually flying to dozens of destinations in North and South America, Europe, Asia, and Africa, on a fleet that over the years included such fabled aircraft as the Lockheed Electra and the Douglas DC-3 (not to mention B747-400s and B777-200ERs). But the carrier, tied closely to Brazil’s military government, didn’t fare so well after the country democratized and the airline market was liberalized. With increasing domestic competition, Varig ultimately collapsed, with part of its assets bought by one of the markets new entrants, Gol.

Aloha Airlines got its start right after World War II, and by the time it ended operations in 2008, was operating dozens of routes within the Hawaiian Islands, the South Pacific, and the U.S. mainland. But a variety of factors led to its demise, including the recession after the Sept. 11 terrorist attacks and stagflation in Japan, one of Hawaii’s most lucrative sources of tourists. Aloha faced further challenges from low fares charged Mesa’s Go!, an ultimately short-lived inter-island competitor. Despite naming legendary former Continental President Gordon Bethune as its board chairman, Aloha filed for bankruptcy protection under Chapter 11 of the U.S. Bankruptcy code and failed to find a buyer. After Go! itself finally went kaput, Hawaiian Airlines remained as the only major inter-island operator (although Southwest now flies some inter-island routes).

Here’s another storied name in aviation. Mexciana de Aviacion had its first flight in 1921 and was among the longest-operating airlines in the world, with legends such as Juan Trippe (of Pan Am fame) investing in the company. It ceased operations in 2010, but the specter of the airline continues to haunt Mexico’s aviation industry to this day. The factors that led to its demise were many, but the root cause was a tortured road to privatization, which only occurred (in fits and starts) in 2005. After privatization, the carrier experimented with a variety of strategies, including launching a low-cost subsidiary, Click, but nothing clicked, and contentious labor relations didn’t help. Mexicana ceased operations in 2010. Numerous attempts were made by a revolving door of would-be investors to revive the airline, but in 2012 a bankruptcy judge ruled there was no viable way for the carrier to return to service. In 2014, after another try, a judge ruled all avenues had been exhausted. But Mexicana retained its maintenance facility and a valuable portfolio of slots at Mexico City’s congested airport. As of today, the former carrier’s unions and even Mexican President Andres Manuel Lopez Obrador continue to hold out hope the airline will be come back from the dead. Stay tuned.

Uruguay’s flag carrier started service in 1936 and ceased flying in 2012, when the Uruguayan government decided to liquidate the airline. In an oft-repeated story in this industry, Pluna went through successive waves of government ownership and botched privatizations. In 2010, Canadian company Jazz Aviation (parent of Chorus) bought a 25% stake in the company, with balance being held by a consortium of investors—which included Indigo’s Bill Franke, with his own funds—and the Uruguayan government. By 2012, facing a cooling regional economy and increasingly protectionist measures in neighboring Argentina, the Uruguayan government acquired a majority share in the carrier, but that wasn’t enough to save the airline. Pluna collapsed, and its seven CRJs were sold.

Not many airline-bankruptcy stories involve a fugitive CEO, on the lam from the long arm of the law and hiding in London, but Kingfisher’s does. Vijay Mallya, once the heir to the Kingfisher beer fortune and self-styled “King of Good Times,” decided to launch an airline in 2005, and, as could be expected from someone who held Richard Branson as a role model, did so with quite a splash. The carrier quickly expanded in India and began operating international routes to London, with plans to fly to the U.S., Europe, and elsewhere in Asia. But a disastrous acquisition of rival Air Deccan and mismanagement ultimately led Kingfisher to hit some dire straits indeed. These problems were no doubt not helped by Mallya’s plans to acquire every aircraft in Airbus’ line-up: When Kingfisher finally went under, it had outstanding orders for A320s, A330s, A350s, and A380s (and for good measure, it had ordered A340s as well). Given that order book, it’s probably not a surprise that the airline began drowning in debt, to the point that Indian regulators froze the company’s bank accounts several times. Ultimately, Kingfisher’s license was revoked, and Mallya, accused of owing hundreds of millions of dollars in debt to state-owned banks, fled the country to London and is currently awaiting facing extradition to India, pending appeals.

Transaero has the distinction of being the first private airline in the Soviet Union, and the post-Soviet world at first looked bright for the airline. It started by operating Ilyushins and other Soviet-era aircraft, but became among the first Russian airlines to operate Western aircraft, such as the B737. Its fleet grew to include B747s, B767s, and B777s. The network grew beyond Russia to Asia, the U.S., and Europe. By the time of its demise, Transaero had orders for A320s, A321s, A380s, B747-8s, and A330 NEOs. None of these were delivered. The carrier faced increasing competition, a weakening ruble, and a worsening Russian economy. These factors, coupled with the carrier’s crushing debt, led to its demise. Talks to sell part of the company to rival S7 collapsed, and in 2015, the Russian government suspended Transaero’s air operator’s certificate. Aeroflot eventually assumed its assets.

Air Berlin started as a U.S.-registered charter operator to Berlin during the Cold War, when only airlines registered in the U.S., France, and the U.K. could fly out of West Berlin. But after German reunification, Air Berlin grew to be Germany’s second-largest airline after Lufthansa and Europe’s fourth-largest overall. The carrier grew through a series of alliances and acquisitions, many with names that still resonate in the German airline industry, such as TUI, Niki, and LTU. At its height, it operated a variety of Boeing and Airbus narrowbodies, and it flew long-haul on A330s, with a network that spanned Europe, North Africa, the Middle East, and even the U.S. However, all this expansion came amid decreasing revenues and increasing debt. And enter a white knight in the form of Etihad, which eventually took a 29% stake in Air Berlin as part of its strategy then of investing in other airlines to expand. This was enough for a while, but the carrier couldn’t make up its mind whether it was a business or leisure carrier, and in the end was neither. Etihad pulled its financial support as it faced its own travails and scaled back its investment strategy, and that rang the knell for Air Berlin, which ceased operations in the fall of 2017.

It lasted just eight years. Wow started as a leisure-oriented carrier with routes to Europe, but its ambitions were much bigger than that. Perhaps eyeing the success rival Icelandair had enjoyed in connecting Europe and North America over Iceland, Wow routes to the U.S. began cropping up like mushrooms after a summer rain. Some made a bit of sense, like routes to the U.S. East Coast. Some made none, like Cleveland and St. Louis. In addition, Wow moved beyond its A320-family aircraft to operate longhaul flights to San Francisco and Los Angeles on leased A330s. Intense rivalry with Icelandair led to some of these irrational routes and to incurring debt to compete, and this because unsustainable. Talks to merge with Icelandair collapsed, and Indigo, which had expressed interest in acquiring the carrier, dropped its bid. Wow ceased operations earlier this year, leaving thousands of passengers stranded all over its (irrational) route network.

Here’s another tale of irrational expansion, confused business strategy, and even an Etihad investment. Jet Airways challenged Air India’s government-subsidized dominance to become India’s second-largest airline with a large domestic network and a growing international network. The carrier offered a well-liked product and a welcome alternative to the status quo. And then the troubles began. In 2007, Jet completed what came to be seen as a catastrophic acquisition of Air Sahara, which was rebranded first as a sort-of low-cost-carrier, JetLite. This was then folded into the mainline, and Jet decided to go back to the well and launch another LCC, JetKonnect. After a few years of this, Etihad stepped in and bought a 24 percent stake in the carrier, and for a time, Jet essentially had three-and-half hubs: Mumbai, Delhi, and Abu Dhabi, feeding traffic into the latter for Etihad, and a kind-of hub in Brussels. (It closed this for a focus city in Amsterdam.) Jet had a revolving door of senior management, and its losses became unsustainable, and lessors began to repossess its aircraft. Founder Naresh Goyal offered to invest his own money to keep the airline afloat, but it wasn’t enough to save Jet. Neither was a fresh investment from Etihad and other investors, leading to the carrier’s grounding earlier this year.