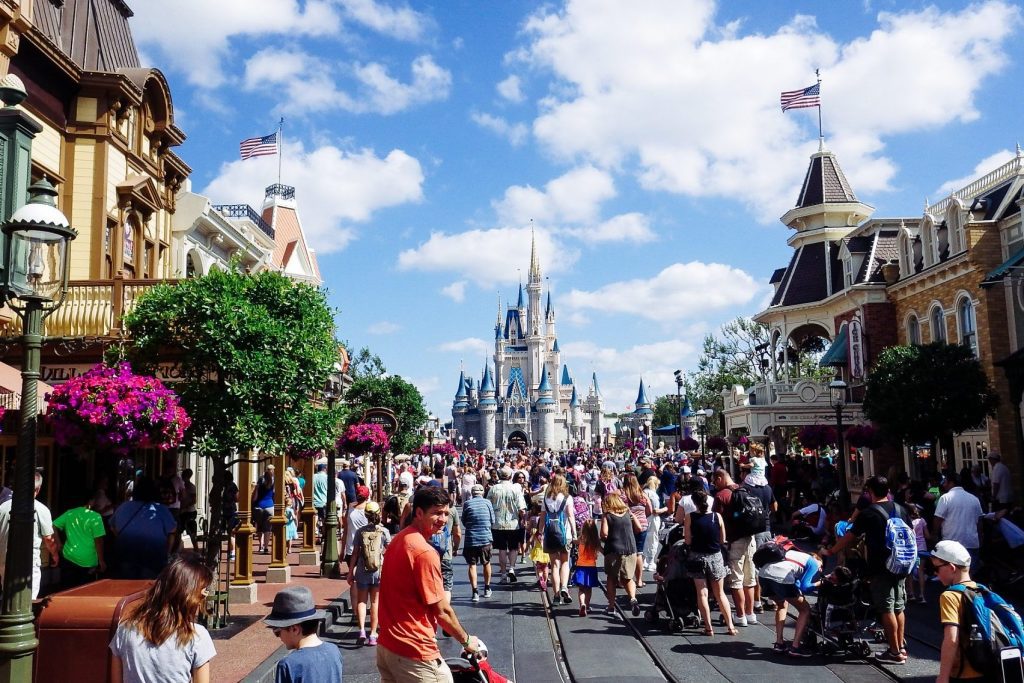 Disney is fond of describing its soon-to-open Star Wars expansion as a place for “smugglers, traders, and adventurers” — not to mention an expected horde of visitors.

Some things that soon won’t be welcome at its California and Florida parks: smokers and oversized strollers.

In a Disney Parks blog post Thursday, the entertainment giant announced a slew of changes that took aim at strollers, smoking areas, and — unexpectedly — ice. The new rules are meant to “provide a more enjoyable experience for everyone who visits by, among other things, easing guest flow and reducing congestion,” according to a list of frequently asked questions. The new stroller and smoking rules go into effect May 1, while restrictions on ice went into effect immediately.

Robert Niles, founder and editor of Theme Park Insider, said in an email that Disneyland in California has framed the changes as part of what it’s calling “Project Stardust” to increase capacity leading up to the opening of its Star Wars addition in a couple of months.

Disney is opening Star Wars: Galaxy’s Edge earlier than expected in both California and Florida, though not all rides will be open initially. The expansion opens May 31 at Disneyland in California and Aug. 29 at Disney’s Hollywood Studios in Florida. Parks on both coasts have raised prices in advance of the opening.

“They are using a variety of methods, including tweaks to physical infrastructure and the FastPass system, as well as changes to park policies, such as the elimination of smoking areas and now reducing the size of strollers,” Niles said.

Stroller wagons will be banned, and all strollers must fit new restrictions: no larger than 31 inches wide and 52 inches long. The blog post mentions that stroller rentals are available — Disney rarely misses a revenue opportunity — and that Disneyland Resort will soon have double strollers available to rent like Walt Disney World already does.

Smoking will no longer be allowed inside any of the company’s domestic parks; previously, it was only allowed at a few designated areas within each park. Smoking areas are also disappearing at the Downtown Disney area in California and water parks and the ESPN Wide World of Sports Complex in Florida. There will be areas carved out for smokers at Disney Springs in Florida, as well as hotels.

Visitors will no longer be allowed to bring loose or dry ice in coolers or bags, though reusable ice packs are permitted. Disney said guests can request free cups of ice for coolers inside the park.

The reason, according to the company is “to improve guest flow, ease congestion and streamline the bag-check and entry processes.”

The fan site MiceChat polled readers about the changes and found that most were in favor of Disney’s moves. On the stroller question, 51 percent said the changes don’t go far enough, while 43 percent found them perfect. The smoking poll offered Disney-themed answers: 90 percent declared they were “Happy” about the restriction, while 10 percent said they were “Grumpy.”

“With the gradual reduction in smoking areas over the years, I think that most smokers expected that this day would come, at least in California, which has relatively low smoking rates anyway,” Niles wrote. “There are some wagon users who are upset, but the majority of visitors overall are sick of SUV-sized strollers and welcome this change.”

Jeff Stoner, operations manager at Disney-centric travel agency My Mickey Vacation Travel, said his company had heard rumors about stroller changes but had no idea about the smoking ban and ice policy.

“So far, our guests have been responding rather positively to the changes,” he said, with a few asking questions about strollers.

Clients have been planning their trips with the Star Wars dates in mind — some who want to be there for the opening and others changing dates to avoid it.

“One of the things I think we are looking at, though, is a huge interest in 2020 where a lot of fans are waiting for the second phase to open,” Stoner said.

In a note to investors Thursday, Wedbush analyst James Hardiman pointed out that Star Wars isn’t the only thing coming to Disney’s U.S. parks.

“Disney has announced a future Star Wars themed hotel, a makeover for the Epcot park, a Marvel Land mini-park in Disney California Adventure, a Guardians of the Galaxy attraction at Epcot, a Ratatouille attraction, and a 50th anniversary celebration of Walt Disney World in 2021 to name just some of the future Disney attractions,” he wrote.

Koma, the AllEars.net managing editor, said that while the announcements came out of the blue Thursday, they make sense considering the company’s other actions.

“They’re doing things at Disneyland and Disney World, adding parking, rerouting people, and creating new bus stops,” she said. “You can see they’re making accommodations for what they’re expecting to be a lot of crowds. Putting it in that context, it’s not that surprising.”