Investors Question Whether Ryanair Has Lost the Magic 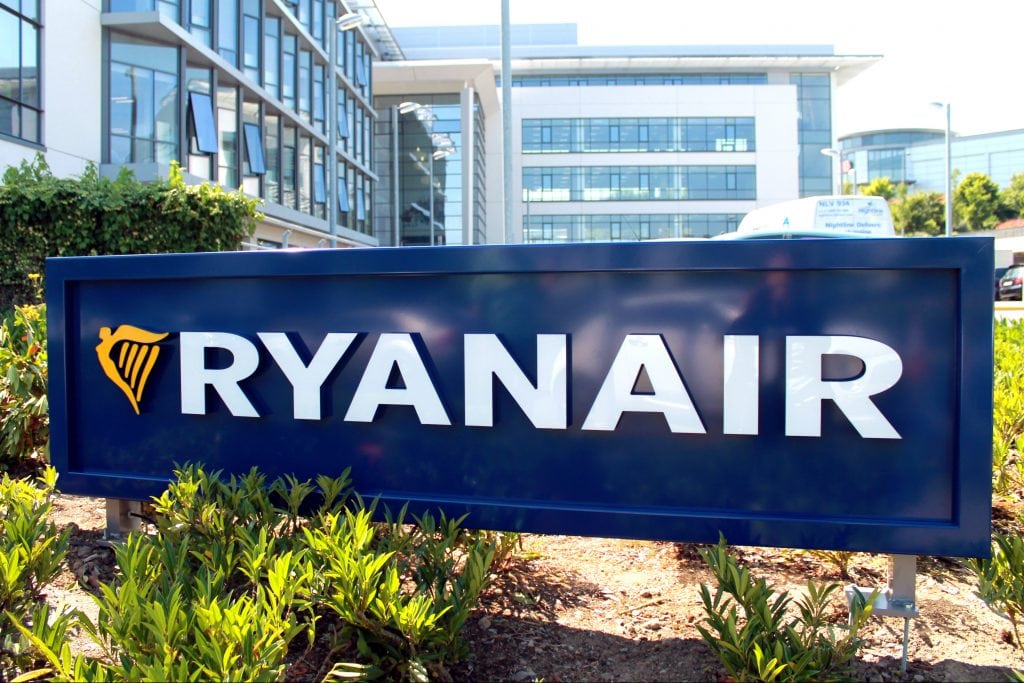 Ryanair's profit is down, but let's not get carried away. The airline reported roughly $400 million U.S. in pre-tax profit for the most recent quarter, despite several challenges, including labor unrest and rising fuel prices. Europe's leading discounter will be just fine.

Ryanair Holdings Plc is supposed to be the airline every passenger loves to hate, but keeps using anyway. Who cares about a comfy pillow or complimentary peanuts when the fares are so cheap? CEO Michael O’Leary has for years been able to bat away disgruntled staff and poor customer feedback by pointing at his ever-growing traffic numbers. That, combined with his fierce discipline on costs, has kept investors happy.

But just as passengers tired of their treatment at the hands of the company a few years back, so its pilots and other workers seem more and more unwilling to accept poor pay and conditions. Trying to square this with the intense fare competition in the industry is becoming a strain on the airline, especially as it continues its breakneck expansion.

Its shares, which have been in the doldrums for about a year, fell as much as 6 percent on Monday after it reported a 20 percent slump in first-quarter profit. It blamed strikes and the threat of future labor disputes, which put customers off booking flights. It had to cut fares and may need to do so again.

The problem for Europe’s largest airline is how to maintain profitability while expanding so quickly. It is targeting 200 million customers by 2024, up from 130 million. That means more spending and opening more routes at a time when competitors are slashing fares and expanding aggressively themselves.

Add in the cost pressures, whether wage bills or soaring fuel prices, and you see why Ryanair investors are braced for a very rare occurrence: A drop in yearly earnings. Adjusted earnings per share for the year to March 2019 are expected to fall by 6 percent, according to the Bloomberg consensus of analyst estimates, something that last happened in 2014. Back then, O’Leary was coming round to the idea that being nicer to customers wasn’t such a bad thing. The subsequent charm offensive helped get profit back on track. There’s still a good chance that Ryanair can navigate these pressures better than most. Over-capacity, fuel costs and rising wages are an industry problem linked to the economic cycle, and Ryanair looks like a paragon of efficiency next to some rivals. Its trailing 12-month operating margin of about 22 percent is pretty much double that of EasyJet Plc, according to Bloomberg data.

But the risk of Ryanair’s cost-cutting track record is that it makes O’Leary over-confident at a time of cheap money and industry exuberance in adding capacity, even as expenses become harder to slash.

You can see why he might not want to cut back on expansion too early for fear of handing an advantage to rivals. But while revenues are expected to rise, that operating margin is under pressure. Bernstein analyst Daniel Roeska describes Ryanair as “doomed to grow.”

With O’Leary saying it’s 50-50 whether he sticks around as CEO after his 25th anniversary in the job next year, he might want to go out on a high. That looks easier to do with passenger numbers than the share price.

Lionel Laurent is a Bloomberg Opinion columnist covering finance and markets. He previously worked at Reuters and Forbes.

This article was written by Lionel Laurent from Bloomberg and was legally licensed through the NewsCred publisher network. Please direct all licensing questions to [email protected].

Photo credit: Ryanair's quarterly profit is off, year-over-year, which might be making investors uneasy. Pictured is the airline's Dublin headquarters. Ryanair