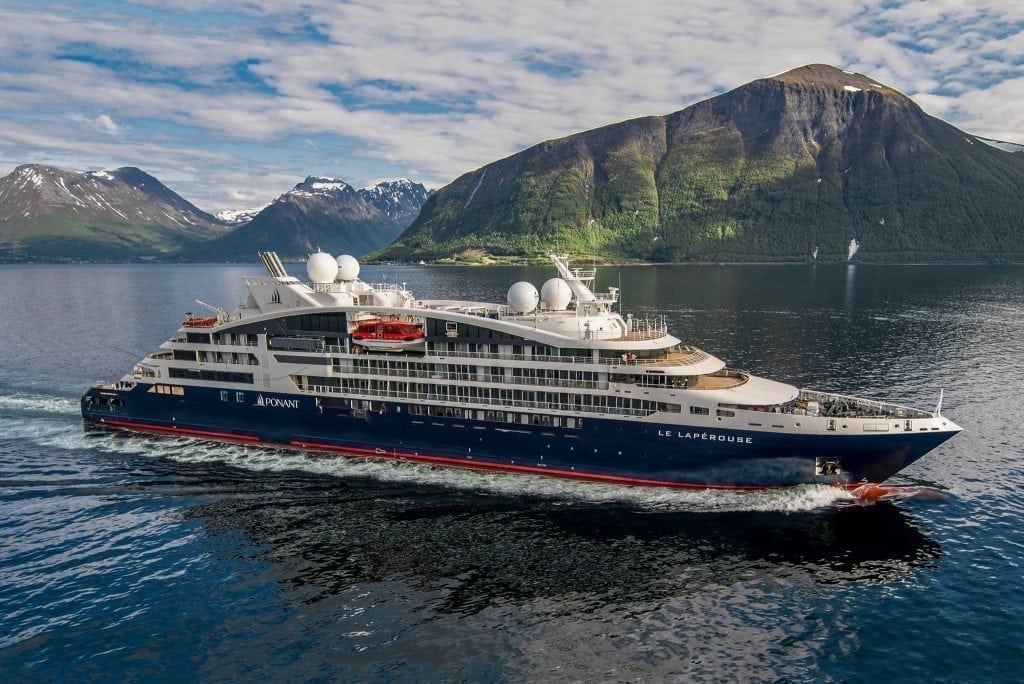 With luxury travelers getting more adventurous it is not a surprise to see expedition cruising growing in popularity. French company Ponant is making a big push in North America, something that is likely going to benefit the sector as a whole.

Is expedition cruising the next big wave in water travel?

While river cruising has been grabbing the spotlight for the past few years, the expedition option, particularly on the luxury side, is coming on strong. According to Cruise Industry News, 26 expedition ships are on the current order book, representing an unprecedented boom in the sector.

What sets expedition cruising about from its ocean-faring cousins is smaller ships, smaller ports and extensive use of Zodiac inflatable boats.

The most well-known player in the American market is likely Lindblad Expeditions. That said, there are several other players in the waters. Silversea and Celebrity both have expedition ships. Hurtigruten, Quark Expeditions and Zegrahm Expeditions are also in the luxury space.

Meantime, French cruise company Ponant has plans to more than double its fleet in the next three years.

“Another factor is that they are spontaneous – the itinerary depends on conditions and factors of nature. The lack of predictability is part of the adventure.”

By 2021, Ponant will have 12 expedition ships, including the world’s first luxury ice-breaker, a hybrid electric craft powered by liquified natural gas. While the older ships carry up to 264 passengers, the newer ships are designed to carry fewer than 200. In all the company has invested two billion dollars in new product between 2010 and 2021.

Ponant, owned by French-holding company Artemis (which also owns luxury brands like Bottega Veneta, Yves Saint Laurent and Christie’s) has been around for 30 years. Yet, likely because it is based in Europe and has traditionally focused its marketing there, the brand is largely unknown in North America. But the company is trying to work its way into the market through the promotion of its growing luxury expedition business.

Right now, according to Sawhney, 40 percent of Ponant clients are French. Another thirty percent comes from everywhere else but North America. The other 30 percent comes from the United States and Canada. A good portion of that business comes via Abercrombie & Kent. The luxury travel operator charters Ponant ships on 100 percent of its expedition cruises.

“Our goal,” Rodriguez said, “is first to increase brand recognition among high-end travel agencies in North America and then, secondarily, reaching out to consumers.”

Victoria Boomgarden, president of Virtuoso member Direct Travel Luxe, said that while “there’s a huge opportunity for the brand among high-spending clients,” the outreach strategy needs to focus on “establishing deeper relationships with luxury agents whose clients spend thousands of dollars a night on travel. They should ask our perspective about what they need to do to get our clients on board.”

She adds that unless Ponant can get into the strategic portfolios of high-yielding agencies, “no one will watch their webinars or read their marketing material.”

While the agent community is top of mind, Rodriguez is also starting to get the word out among consumers. “When I got there [in Fall, 2017], there was no social media strategy in the Americas.” Rodriguez said. In developing a social media plan, “we need to take a specifically Americanized approach to social media, with the aim of creating brand awareness.”

Advertising is another way to reach the consumer. Ponant has traditionally advertised in upscale luxury travel publications like Travel + Leisure and Conde Nast Traveler, and will continue to do so.

Sawhney says another part of the North America media outreach strategy is building partnerships with media brands that offer tours, like New York Times Journeys. “By working with media outlets like the New York Times and Playbill, we can get to a discerning audience and build awareness for the product.”

Ponant’s efforts will likely not only enhance its own brand, but expedition cruising writ large. That’s why it’s not a stretch to believe Rodriguez when she remarks that “what river cruising has experienced in the past 10 years… that’s what will soon be happening in the luxury expedition sector.”  Pushing for a growth in demand will be vital if Ponant and its competitors plan on filling up those 26 new ships coming on line in the next few years.