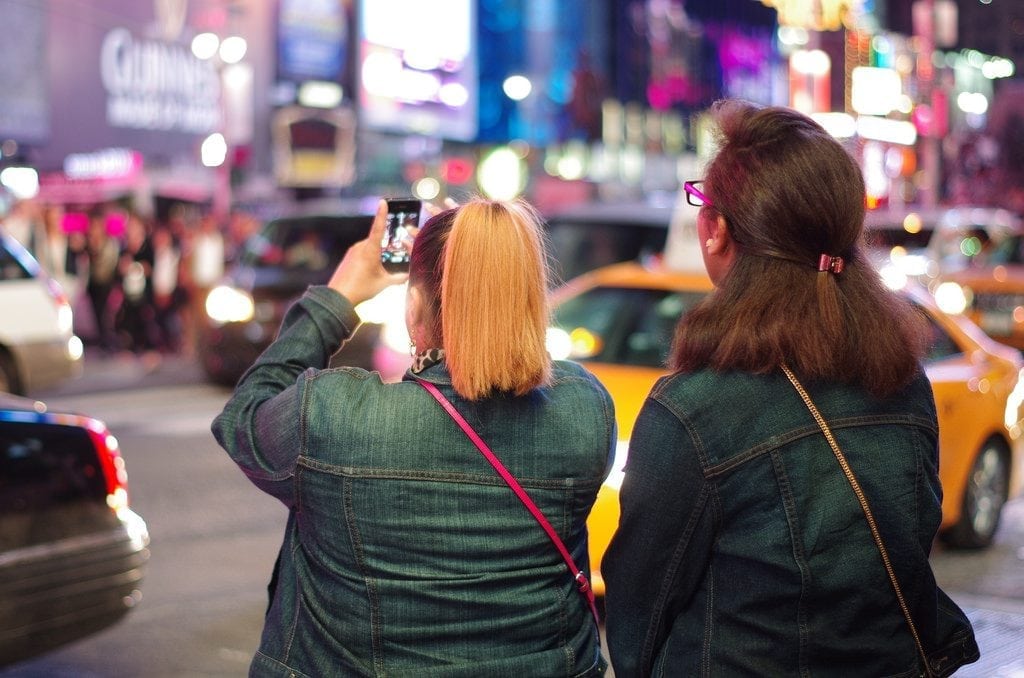 Travel is more accessible today than ever before because of mobile devices and the travel industry knows this. We don't see anything wrong with nudging travelers to look up from their devices every now and then, but promoting a device-free vacation reads a little tone-deaf in 2018.

For all the promotions many travel brands increasingly run on the benefits of doing a digital detox on vacations, many U.S. travelers aren’t listening because they’re too busy using devices that have become the center of the modern vacation.

That’s according to a survey of 2,000 U.S. travelers from Asurion, a mobile device insurance company, and OnePoll, a UK-based marketing research company. More than 20 percent of respondents said they checked their smartphones once per hour during their most recent vacations while about 14 percent said they checked it twice per hour (see chart below).

Nearly 8 percent said they checked it more than 20 times per hour, which seems more plausible given all the reasons why someone would need Internet access during a trip, such as getting directions, checking the weather, or calling a ride.

About two-thirds of respondents were female but the survey was more evenly distributed among travelers ages 18 to 55-plus and by place of residence.

More than half (53 percent) of respondents said they have never totally unplugged from their phones while on vacation and 46 percent said they have switched off.

Everything about a vacation in much of the world is meant to involve a mobile device in 2018. Travelers are prodded to use certain social media hashtags to share photos of their hotels and sightseeing stops and travel brands benefit from this.

Some hotels and tour operators argue that putting the phones away for a few hours or days is good for travelers’ mental health, but that approach is counterintuitive to what brands are really trying to achieve. Many major hotel chains include Wi-Fi in their daily room rates as a necessity when only a few years ago it was still considered a perk.

Why call a taxi when you can order an Uber on your phone in seconds?

Why call a restaurant to reserve a table when you can make a reservation on OpenTable or Yelp? Many airlines increasingly offer in-flight Wi-Fi access and encourage travelers to buy into it, demonstrating that it’s possible to stay connected tens of thousands of feet in the air while traveling hundreds of miles per hour.

So why, then, do some hotels and tour operators continue to push the unrealistic fantasy of putting the real world on the back burner for a few days when let’s face it, many travelers can’t afford — and don’t want to — enter an information black hole?

And how tempting is to tap that work email or Slack app after responding to a friend’s text message or catching up on the day’s headlines in your newsfeed app?

Nearly 25 percent of respondents also said their family expects them to check-in at least once per day while they’re on vacation.

Many Americans are heading to Memorial Day weekend getaways this weekend in what’s considered the unofficial start to the U.S. summer vacation season. Despite the already apparent tech backlash, mobile phones and social networks are here to stay and so are smartphones in travelers’ pockets.

Phones are often viewed as a lifeline in an age of permanxiety and Skift recently wrote about how the travel industry should be building real-life experiences into in-destination mobile phone habits rather than advocating for a detox.

Would you be willing to give up your phone and all internet access for the entire length of your next vacation? (percentage and number of respondents)

While on vacation, approximately how many times per hour do you check your phone on average (please consider any time you check your phone- from checking the time, weather, apps, email, directions, calls, texts, etc.)? (percentage and number of respondents)

Of the following, what are you likely to do with your phone while on vacation?

Photo credit: Many travelers dont want to unplug on vacation despite travel brands telling them that they should. Pictured are tourists taking photos with their phones in Times Square in New York City. Steve Newman / Skift