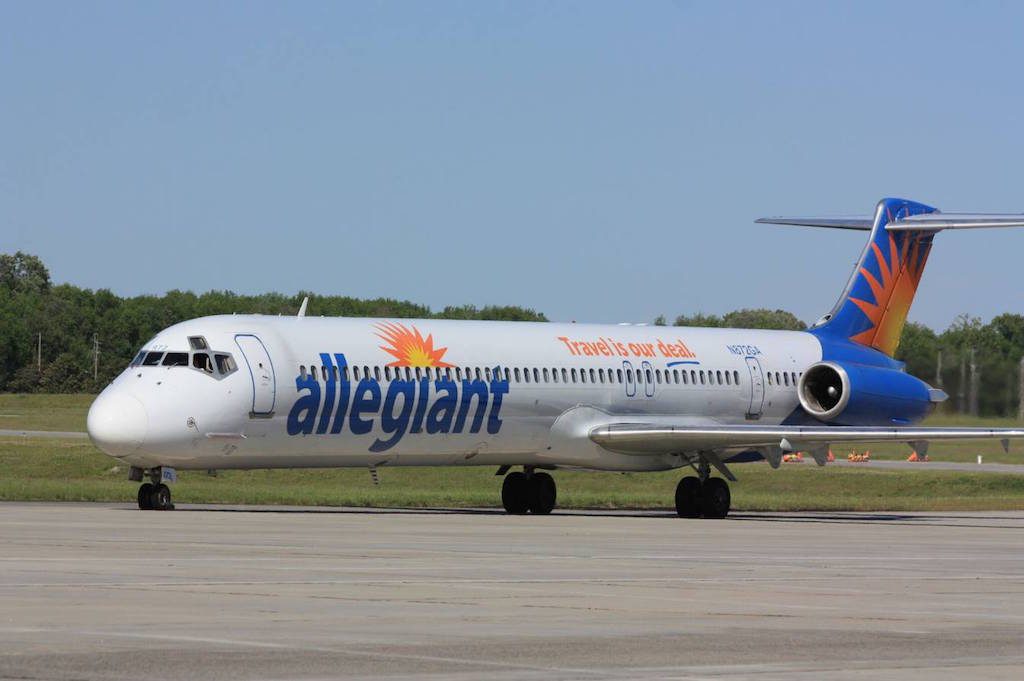 What? You thought investment analysts would grill Allegiant Air executives on safety lapses detailed last week on U.S. television news? Clearly you don't know analysts well. Allegiant is solidly profitable, and given its unique model, it should stay that way. That's important to investors.

Allegiant Air executives dismissed suggestions that an April 15 television news report on its maintenance practices and safety culture will scare customers, admitting Wednesday they saw more cancellations and fewer bookings just after the piece aired, but adding they do not expect the issues markedly will affect second quarter results.

“The degree of these cancellations and bookings have reduced each day, to a point where we are starting to reach normalcy,” said John T. Redmond, president of Allegiant Travel Co., the airline’s parent. “This story is behind us and we won’t be commenting any further as we move forward.”

The story by 60 Minutes was major news 10 days ago, with correspondent Steve Kroft noting Allegiant aircraft reported more than 100 serious mechanical incidents to the Federal Aviation Administration between Jan. 1, 2016 and October. 2017. The airline’s jets, Kroft said, were three-and-a-half times as likely to have a major mechanical incident than an aircraft operated by a major U.S. carrier. In addition, Kroft noted, the airline has had more than its share of aborted takeoffs, cabin pressure loss, emergency descents and unscheduled landings.

No one from the airline sat for an interview with CBS, but since the report, Allegiant’s executives have been angry, repeatedly calling the report misleading. On Wednesday during Allegiant’s first quarter earnings call, Redmond said, “We had our reliability challenges in ’15 and ’16 but that’s old news. The manner and way those challenges were presented was inaccurate, misleading and not reflective of our safety culture and practices then or now.”

Stock Losses Expected to Be Short-Term

Since the story, Allegiant’s stock has fallen 13 percent to $143.30. But on Wednesday’s earnings call, analysts were not interested in grilling executives about the airline’s maintenance practices, or whether the airline’s CEO, Maury Gallagher, felt he needed to win back customer trust. Instead, they asked mostly about the minutiae of airline industry revenue — they always want to know how an airline can squeeze more money from each passenger — and about Allegiant’s unusual side business. The company is building a hotel and condo development in Florida, a project led by Redmond, former CEO of MGM Grand Resorts LLC.

The lack of interest from analysts in Allegiant’s safety culture should not come as a surprise. For a couple of weeks, analysts have been downplaying the story, with many suggesting in reports that the CBS piece will not have a long-term material affect on the company. They have noted Allegiant appears to be changing its culture, and it has been replacing older, less reliable MD80s with newer Airbus aircraft. The MD80s will be gone from the fleet by year-end.

The CBS piece “seemed to gloss over, or omit, management changes and investments made by Allegiant that contributed to improvements in the operation over the last year,” Hunter Keay, an analyst with Wolf Research wrote in a report in which he called this dip a buying opportunity. “Put differently: the report would have been far more upsetting to us had it aired a year ago.”

Analysts like Allegiant stock because the company is consistently profitable, and the first three months of this year were no exception, marking the company’s 61st consecutive profitable quarter.

Photo credit: Allegiant Air executives said Wednesday they do not expect a long-term revenue hit from a recent 60 Minutes report. Pictured is one of the airline's MD80s. Allegiant Air Facebook