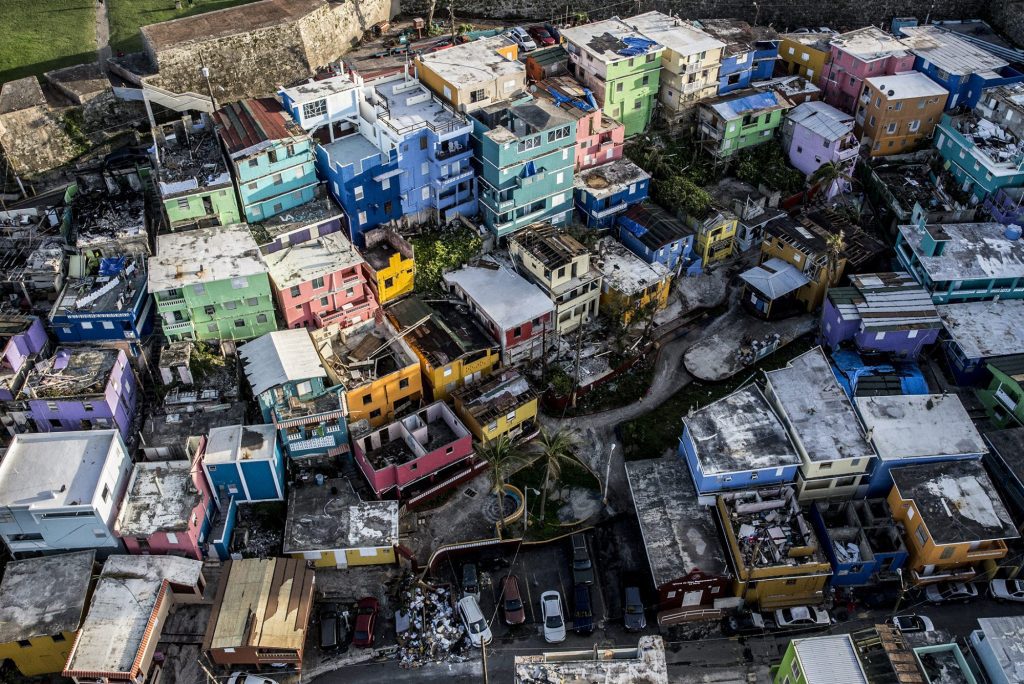 Skift Take
Many Caribbean destinations are on the road to recovery from recent storms, but they are also at the mercy of government relief efforts, which have fallen way short in some places. In Puerto Rico’s case, the island is dealing with the federal government, which treated hurricanes on the U.S. mainland much more seriously.
— Dan Peltier
Share
Tweet
Share
Post
Send

On the day when U.S. President Donald Trump warned he won’t keep U.S. first responders in Puerto Rico for a prolonged period and cited fiscal mismanagement as the cause of much of the island’s woes, the leader of Puerto Rico tourism expressed confidence in the U.S. commitment.

“I don’t think our plea is unreasonable,” he said in a phone interview. “We’re exercising our rights as American citizens. We’re not asking for anything our neighbors in the other 50 U.S. states wouldn’t ask for. We’re proud American citizens and are confident that we’ll get the help we need because that’s the American thing to do.”

Izquierdo said the island’s tourism industry views its current predicament as more of an opportunity than a setback.

Many Puerto Ricans undoubtedly don’t see it that way. Puerto Rico, for example, felt the full force of Hurricane Maria last month when the storm made landfall in the U.S. territory with 155-mile-per-hour winds – the strongest storm to hit the island since the 1920s. But weeks later, much of the island is still without electricity — more than 80 percent of residents have no power — as well as clean water and essential supplies.

Earlier in the day, Trump was busy slamming the island on Twitter, quoting author and broadcast journalist Sheryl Attkisson as saying Puerto Rico’s financial crisis is “largely of their own making.”

"Puerto Rico survived the Hurricanes, now a financial crisis looms largely of their own making." says Sharyl Attkisson. A total lack of…..

…accountability say the Governor. Electric and all infrastructure was disaster before hurricanes. Congress to decide how much to spend….

Trump tweeted: “We cannot keep FEMA, the Military & the First Responders, who have been amazing (under the most difficult circumstances) in P.R. forever!”

…We cannot keep FEMA, the Military & the First Responders, who have been amazing (under the most difficult circumstances) in P.R. forever!

Much of the local population in Puerto Rico is enduring incredible suffering. And all of this comes on top of the island still dealing with a Zika outbreak,

“Puerto Rico has historically had challenges with awareness,” said Izquierdo. “This is an opportunity to take this awareness we’re getting from the storm and revamp our product. We’re looking at what we were doing right before Maria and improving what wasn’t working and we’ll really be focusing on service going forward.”

Puerto Rico launched a 90-day, three-phase plan after the storm; phase one focused on relief, phase two on rebuilding, and phase three would be about recovery. Places like San Juan, for instance, have already welcomed back cruise ships and 80 hotels throughout the island are open.

But the visitor experience in San Juan and in other parts of the destination likely won’t resemble the pre-Maria era, at least for an extended period. “Obviously, everything needs to be measured pre and post-Maria,” said Izquierdo.

“We’re going to be pushing voluntourism in the months ahead especially because of the large diaspora of Puerto Ricans around the world,” he said. “We think it’s a great opportunity to encourage Puerto Ricans to visit during the high season and come home and help friends and family.”

Governments typically step in with funding, security personnel and other resources in the aftermath of natural disasters to help tourism and other industries recover. After last month’s Atlantic hurricanes – some of the strongest and most destructive ever recorded – many Caribbean destinations that are overseas U.S. or European territories are either coming up short or still waiting for any help at all.

The U.S. federal government response — not the efforts of first responders themselves — has been widely criticized as critics contrasts the U.S. response in Puerto Rico with efforts in Texas and Florida, after hurricanes, for example.

In Anguilla, a British overseas territory about 230 miles to the east of Puerto Rico that was hit by Hurricane Irma last month, tourism officials are still hoping the UK government comes through with their support.

“We’ve always had support from the UK but we’re hoping to get more from Britain right now,” said Cardigan Connor, Minister of Tourism for Anguilla, speaking at the State of the Travel Industry Conference in Grenada this week. “Sometimes you have to prod somebody and say now is the time, not tomorrow.”

Connor said the destination is focusing on getting hospitality workers through the next six months. “Investing in people is not political, it’s humanitarian,” he said. “We don’t have unemployment benefits in Anguilla and that makes the situation even more critical for those who are out of work because of the storm.”

Telling Travelers to Come Back

Some 70 percent of Caribbean destinations are either open or unaffected by recent hurricanes, said Gloria Guevara, president and CEO of the World Travel & Tourism Council (WTTC), at a media briefing in New York City Thursday. Some 75 percent of the region’s hotels are open heading into peak tourism season, she added.

WTTC and its members are working to get the message out that the entire region wasn’t damaged and that some hard-hit islands are beginning to come back. But Guevara said that Jamaica, for example, which so far hasn’t been affected by any hurricanes this year, is still seeing some cancellations.

Guevara, who took over the reins at WTTC in July and previously served as Mexico’s Secretary of Tourism, along with other positions in the private sector, is determined to increasingly turn her organization’s words into actions as WTTC and its partners work to address the Caribbean and other crises.

“We’re getting our message out that the Caribbean is open but we’re working with more tangible actions and tangible outcomes,” said Guevara.

Guevara said that WTTC plans to work more closely with governments, in general, to ensure they understand the importance of tourism to their economies and how they should respond to security and natural disasters that impact tourism.

The organization also plans to get more involved on the ground in helping out after a natural disaster or terrorist attack, for example, Guevara said. To that end, WTTC’s Tourism Cares program and the Caribbean Hotel & Tourism Association established the Caribbean Tourism Recovery Fund aimed at sending donations to islands “directly affected by the hurricanes, complementing relief and empowering the tourism sector to combine and leverage resources to help the region bounce back better than before,” according to the fund’s website.

Given that the Caribbean counts some 2.4 million people among its tourism workforce and is one of the world’s most tourism-dependent regions, Guevara said it’s equally important to support tourism employees after storms as it is to ready destinations for the return of travelers.