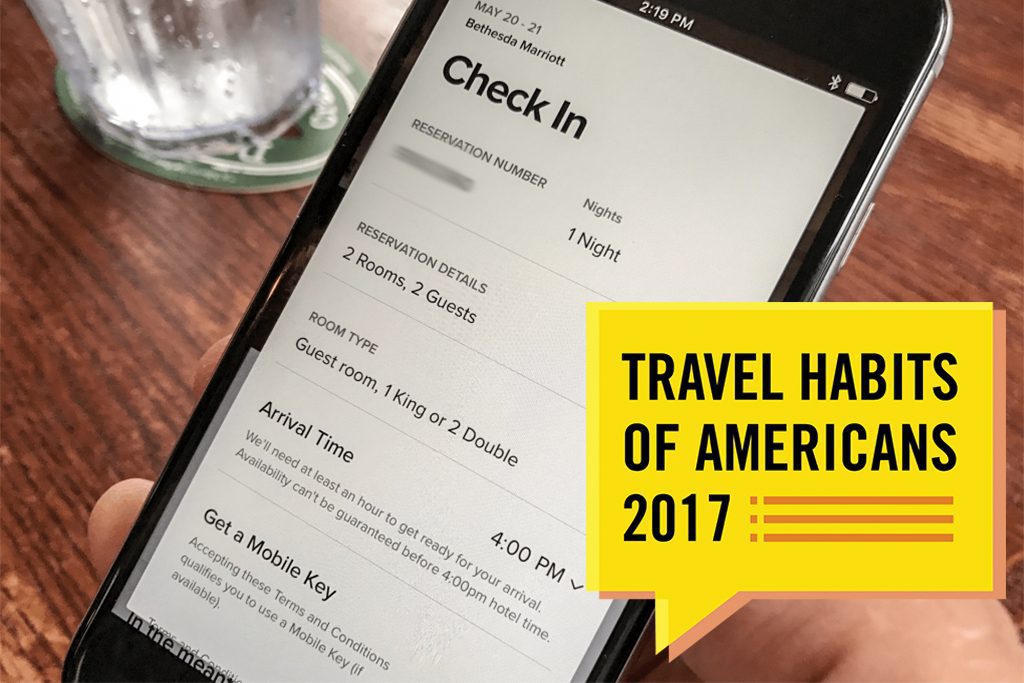 It's not a tsunami, but it's been clear for some time that the tides are turning: Skift's data show 23 percent of U.S. consumers who booked a hotel in the past year used a smartphone to do so. The waters – or mobile hotel bookings – will only keep rising. Travel brands want to develop closer relationships with their customers and many of them feel smartphone and other mobile devices are their tickets to ride in this endeavor.

Booking.com CEO Gillian Tans, for example, told Skift last year that she believes mobile bookings on her site will cross the 50 percent threshold within two years and cited the challenge of higher consumer expectations with mobile.

Hotels from major chains, independent hotels and online travel agencies have been improving their mobile apps and sites to keep up with mobile travel booking trends on devices such as smartphones in recent years.

It is difficult to gauge how much progress they are making but a substantial number of travelers are indeed booking hotels on their smartphones.

In August, Skift asked nearly 1,000 U.S. adults through Google Consumer Surveys: In the last 12 months, have you booked and paid for a hotel using your smartphone?

While about 70 percent of respondents answered, “I never book hotels with a smartphone,” nearly 23 percent also said, “Yes, at least once.” [see chart below].

Some 7.8 percent of respondents also said, “Yes, on numerous occasions.” There wasn’t much difference in how male versus female respondents answered the question.

Some 11.4 percent of female Gen X respondents said that they’ve booked a hotel on their smartphone numerous times over the past year, and this was the highest percentage of any age group for this option, and higher the overall average (7.8 percent).

The survey, Skift’s latest in our Travel Habits of Americans series, points to the fact that while mobile travel booking is on the rise in the U.S. it hasn’t reached a tipping point where mobile bookings have overtaken desktop.

It’s worth noting that some respondents could have researched hotels on their smartphones but ultimately booked on a desktop computer or another device. A recent eMarketer report, for example, projects that 101.4 million U.S. consumers will research travel on a mobile device this year.

Booking a hotel is often a more considered decision than booking a flight, for instance. Though many hotels have improved their online booking experience it’s still challenging for disabled travelers, families and others to book a hotel online and ensure they’re getting the type of accommodation they need – let alone doing that on a mobile device.

Recently J.D. Power found that guests who’ve booked through an online travel agency or a mobile app not directly associated with the hotel are more likely to experience a problem, and to be less satisfied with their stay. All things being equal — and they are not when you considering marketing resources — hotels have the potential to increase their direct-booking traction if they focus on mobile.

And with increasing consolidation among hotel companies, hotels have an even bigger reason this year to double down on mobile bookings and loyalty. Loyalty programs are often tied to an app that, when used by travelers to book rooms, yield data for hotels that help them personalize and improve their programs. Important: This single-question survey — not served to Skift users — was administered to the U.S. Internet population in August 2017 through Google Consumer Surveys, with more than 1,000 responses. The methodology is explained here.