Wyndham Is Spinning Off Its Timeshare Business Like Marriott, Starwood and Hilton Before It 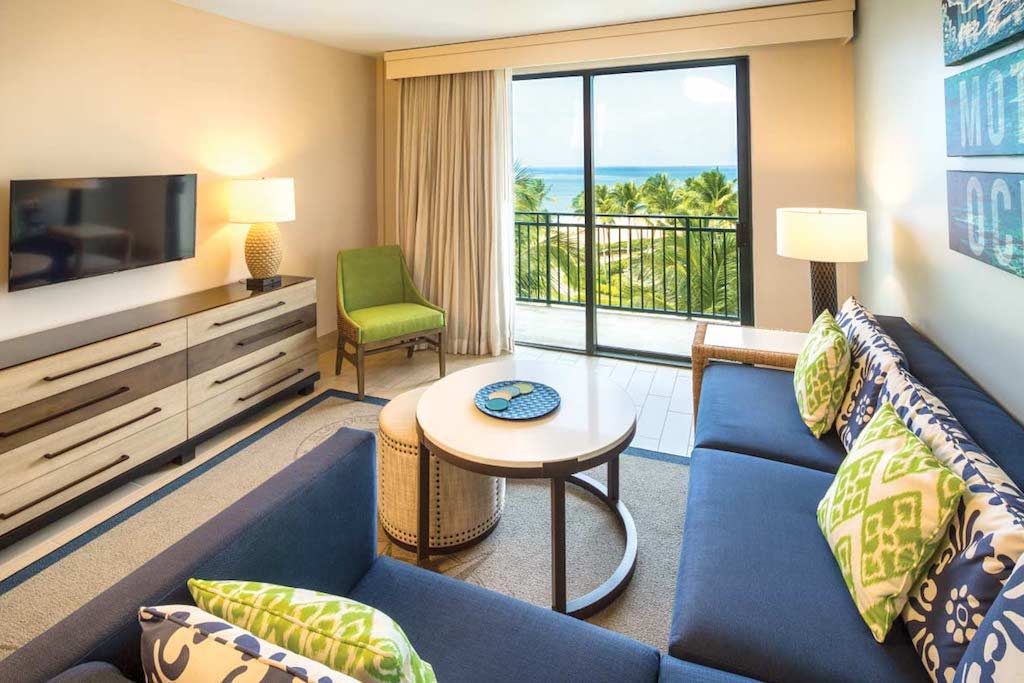 We had a hunch this would happen, but who knew it would happen so quickly? And how will Wyndham pursue that "blue thread" of loyalty strategy between its hotel and timeshare businesses? And what will happen to its vacation rental business?

Parsippany, New Jersey-based Wyndham Worldwide is following in the footsteps of its hotel peers Marriott, Starwood, and Hilton, as it announced the planned spin off of its Wyndham Vacation Ownership unit, which will be combined with the company’s Wyndham Destination Network unit, which owns RCI.

The result would be two publicly trade companies, one a pure-play hotel company and the other combining vacation rentals and timeshares. The latter public company would be the world’s largest timeshare company, as it already is today.

The two new public companies to be formed after the spinoff would enter into long-term licensing agreements so that Wyndham can continue what CEO Stephen P. Holmes described during the company’s first quarter 2017 earnings call in April as his “blue thread” strategy. That’s a reference to maintaining an interwoven loyalty program.

Holmes said, “The customer staying in our hotels is a timeshare customer. It’s the average consumer that’s out there that buys timeshare. And we think with a stronger loyalty connection to the brand that driving those consumers to learn more about our timeshare product is going to be a natural progression as we build out the interconnection between the two business.”

Later, when answering a question about a potential spin off, Holmes said: “Sure. If we were to make that decision, and I don’t know if I said this on the last quarter call or not, having the interconnection to the hotel group and having the loyalty programs interconnected is a lot easier to do when you’re one company. So, you certainly would want to have all of that in place before you made a decision to spin off. Once you do that though, then by contract you put the connections in place, which is what Marriott and what Hilton has done so far, and I believe Starwood did that as well. So, I don’t see it as an impediment to harvesting that opportunity, particularly if it’s in place beforehand.”

It’s clear that with Wednesday’s announcement, that’s exactly what Wyndham intends to do, and the spinoff is expected to be completed within the first half of 2018.

In a press statement, Holmes said, “After a comprehensive review process, the Board of Directors has determined that a spin-off of the hotel business and the combination of Wyndham Vacation Ownership with RCI is the best structure to unlock shareholder value and enable strong growth across the businesses. We will work with the leadership of our European rental organizations, which have outstanding brands in their regional markets, to explore options to fully realize their future growth potential.”

Amy Gregory, an assistant professor with the University of Central Florida’s Rosen College of Hospitality Management who specializes in covering the timeshare business, said the reasons for this spinoff are likely the same as those that prompted Marriott, Hilton, and Starwood to do the same.

“The two business models, the hotel business model and the timeshare business model, are drastically different,” Gregory said. “When you put the two together, from and investor’s perspective, things get a little bit cloudy because the biz models are so different.”

While hotel companies today generally run on asset-light models that use franchise and management agreements without owning much property, timeshares don’t operate in the same way, she said.

“Until the timeshares get sold to consumers and that can take, depending on size of product and pace of sales, you can carry that liability for real estate and construction for 10 years. The two balance sheets [comparing a hotel company to a timeshare company] look really different.”

Gregory added that other companies that have pursued this strategy have seen success. “This should be very good for the company,” Gregory noted. “If you look at Marriott’s timeshare stock, the hotel stock and timeshare stock have both done well since the spin, and the timeshare stock especially so. From a company perspective, I think it’s good, and for consumers, it’ll also be favorable if you look at what’s happened with the others.”

The shared loyalty strategy mentioned by Holmes, Gregory noted, is “brilliant” and “not uncommon” and something “consumers really like.” She said that in the case of Marriott and Hilton, for example, their hotel loyalty programs have remained intertwined with their respective timeshare businesses.

“If someone buys a Marriott timeshare, they can trade their Marriott timeshare for Marriott hotel points. They can use those points throughout the system. I think Wyndham’s would be the same. I know Hilton is the same. To calm the consumers, they wouldn’t want to take that away. And from a business perspective you’re keeping the owners all in the family.”

Gregory said that placing a strong emphasis on loyalty programs is also a smart strategy, especially since the average timeshare owner is age 48, and Baby Boomers “are loyal to those points programs and branding.”

The one thing that has yet to be determined is what will happen to Wyndham’s extensive vacation rental business. A spokesperson told Skift that Wyndham’s North American rentals (comprising approximately 10,000 properties) will become part of the timeshare company while the company continues to explore options for its European rental brands (which collectively represent about 110,000 properties). Presumably, the same license agreements will apply to the vacation rentals as they do to the timeshares, ensuring that the company’s “blue thread” strategy remains in place.

As two separate public companies, the vacation ownership company and the hotel company would have separate boards of directors. Holmes will serve as Non-Executive Chairman of the Boards of Directors for both companies.

Wyndham Worldwide CFO Tom Conforti, will move into an advisory role throughout the transaction, and is being replaced by David Wysher, who will become CFO of the hotel company once the spinoff is completed. Michael Hug will serve as CFO of the timeshare company.

“I would imagine that in this leadership structure, there’s a vested interest in that larger Wyndham brand and the equity that brand has,” Gregory added. “Allowing consumers to still be members of that rewards program across the two Wyndham companies is a very smart strategy. It maintains that loyalty to the brand. It keeps consumers in that Wyndham family.”

The Future of Timeshares

As for the future of the timeshare industry, Gregory believes this a good sign that the industry is still strong.

“During the recession, the timeshare industry was especially creative in terms of finding funding and generating capital. The mortgage bank component they started has been wildly successful. Now that this pure play group of timeshare companies is even larger, I think you’ll see probably a lot more development and I don’t just mean real estate development, but more of the industry developing and evolving and recreating and moving forward, especially now that you have all these big brands out there to support that.”

Wyndham is hosting its second quarter 2017 earnings call on Thursday where the company will no doubt answer analysts questions about the spinoff, as well as Wyndham’s RCI acquisition of Love Home Swap.