Travel Megatrends 2017: Distribution Wars Have Moved Beyond Black and White 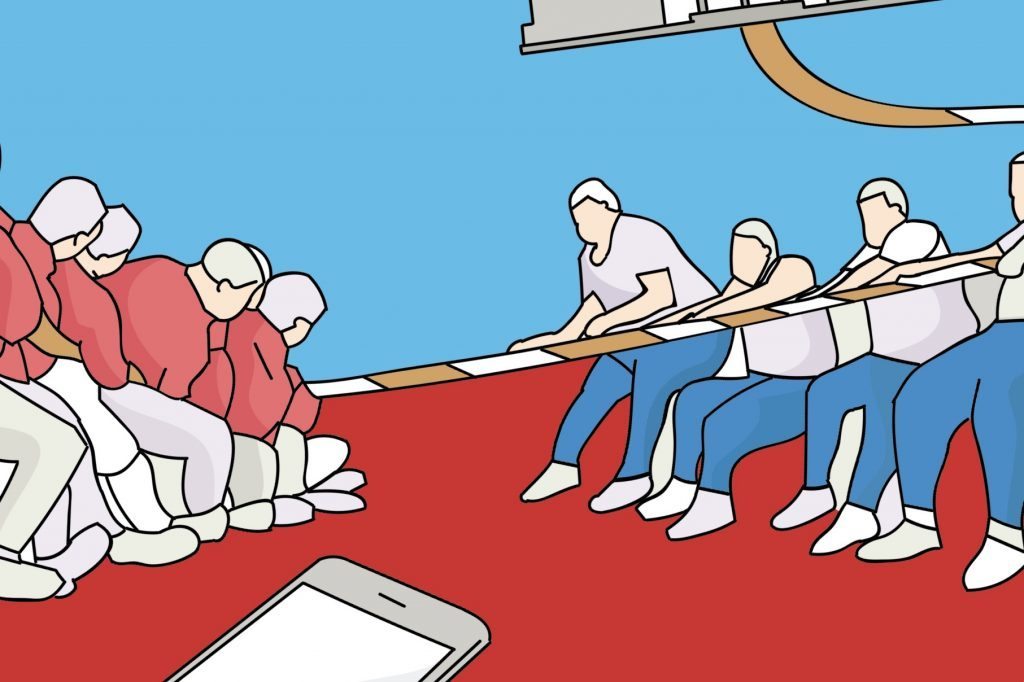 Hotel chains have been successful in driving more direct traffic and taking brand share away from the online travel agencies, but 2017 will say a lot about whether their strategies are sustainable. Will lower rates for loyalty program members impact profits? And how can the chains compete long-term with online travel agencies when the latter have much deeper marketing pockets?

This month we released our annual travel industry trends forecast, Skift Megatrends 2017. You can read about each of the trends on Skift, or download a copy of our magazine here.

In 2016 Hilton Worldwide and Marriott International launched their “stop clicking around” and “it pays to book direct” marketing campaigns respectively. That was the largest-ever campaign launched by Hilton in its 97-year history. Marriott’s videos soared to seven million views on YouTube. The skirmish between the online travel agencies will evolve further in 2017, with each side vying for advantage.

There will be a reckoning in 2017. Hotel chains will get a better understanding of whether the loyalty program rates that they are exclusively offering on their websites are coming at too steep a cost in terms of their impact on bottom lines. And the online travel agencies will decide if they’ll have to up their game of hardball and live with protracted direct campaigns from the chains.

Already there are signs of, well, accommodation and an evolution of the online travel agency/hotel chain relationship. Red Lion Hotels, a relatively smaller chain, decided to team up with Expedia, allowing the online booking site to auto-enroll customers into Red Lion’s loyalty program when they book a Red Lion property on Expedia. In addition, Marriott, which has been relatively aggressive in its book-direct campaign, partnered with Expedia, having it power vacation packages on the Vacations by Marriott site.

The point is, online travel agencies and hotels may be eternal frenemies, but at this juncture they need each other too. The question is whether hotels will be able to tip the balance of power in their direction, and for the time being, at least, it appears as though they are succeeding.

For example, Hilton Worldwide CEO Christopher Nassetta said during the company’s third quarter earnings call October 26 that online direct channels for the chain now command a record 28 percent of its distribution mix, and that Hilton HHonors enrollment jumped 60 percent through the first nine months of 2016.

It’s tough to quantify the overall impact, but Nassetta said that revenue per available room has not been adversely impacted by the direct booking campaigns. Although Expedia’s efforts to push down Hilton listings in the sort order and other measures have had an impact, Nassetta said Hilton is “better off across the board” because the channel mix is tilting toward Hilton’s lower-cost distribution channels.

And if there are threats to the hospitality industry and the online travel agencies, for that matter, they may go by two names — Airbnb and Google. Airbnb is already stepping outside hospitality with its Magical Trips and we expect to see other such moves. At this year’s Skift Global Forum, Google VP of Engineering Oliver Heckmann insisted that Google’s role in the travel space was one of connector rather than booker, but Google already has the ability to function like an online travel agency. After all, Google has already started booking some hotels and flights, and is serious about voice-based travel booking “assistance.”

To succeed and remain competitive, it behooves both hotels and online travel agencies to analyze their collective strengths and weaknesses when it comes to Airbnb and Google. Both Expedia with HomeAway and Booking.com, with its huge roster of vacation rentals and apartments, are taking active steps to provide an answer to Airbnb. Hotels, with the exception of AccorHotels, which acquired Onefinestay and invested in other sharing economy sites, have been slower to respond and may have more at stake.