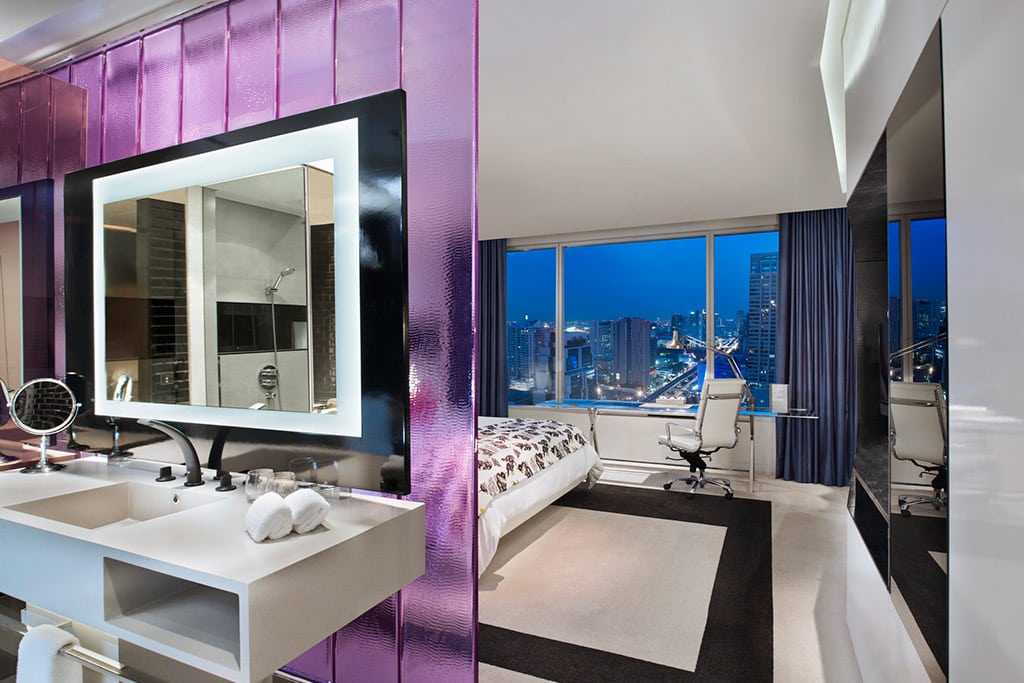 Skift Take
Unlike Marriott, Starwood doesn’t need to be as persuasive in its communications with shareholders about the new deal. It just has to give them the facts and urge them to vote in line with the board’s recommendation. Instead, it can wait to see if a better offer comes up unexpectedly which, if history has shown, is still a definite possibility.
— Deanna Ting
Share
Tweet
Share
Post
Send

Now that Marriott International and Starwood Hotels & Resorts have agreed to a newly revised merger agreement — one that involves more cash and a higher value than the original one from November — both companies notified their respective stockholders on March 24, urging them to vote for the new deal, and to hold stockholder votes on April 8 to close it.

What Starwood is Saying — and Not Saying

Mangas also noted that failure to vote would be the same as voting against the proposal and that, “Accordingly, every vote is important. If you have not yet voted your shares, please take a moment to vote your shares today for this important special meeting. Your vote is important no matter how many shares you hold.”

In Starwood’s note to shareholders, there was no mention of Anbang, the last-minute leader of a consortium that launched a rival takeover bid for Starwood earlier this month and nearly clinched a deal with the company on March 18, when Starwood deemed Anbang’s proposal to be “superior” to Marriott’s original offer.

Under its new agreement with Marriott from March 21, however, Starwood is “no longer permitted to engage in discussions or negotiations with, or provide confidential information to, the Consortium.” This means Starwood can’t solicit Anbang for a new bid, but it doesn’t prevent Starwood from considering a new bid should Anbang provide one. The two shareholder letters also fall in line with the “reasonable best efforts to obtain stockholder approvals” provision in their deal.

Starwood shareholders have until 11:59 p.m. Eastern on April 7 to cast and/or change their votes about the new agreement with Marriott, according to a Securities and Exchange Commissions report filed by both companies on March 25. Marriott stockholders have the same vote deadline regarding the new deal.

In its proxy paper report, Glass Lewis & Co. recommended shareholders vote for the proposal because the new deal maintains the combined company, and improves the cash component that Starwood investors will receive, all at a price that’s above what Anbang’s consortium has offered to date. It also noted that if the deal closes, Marriott’s board will expand from 11 to 14 to include three sitting Starwood directors.

Skift spoke with a representative from D.F. King & Co. on March 25 who said that shareholders are being asked to vote on two different proposals: (1) to approve the new Marriott-Starwood agreement and (2) to approve on a non-binding advisory basis the compensation that certain Starwood executives may receive if the Marriott-Starwood deal proceeds. The representative said Starwood stockholders have until April 8 to cast their votes and that since the notes went out, there have been a number of shareholders who have called for information.

Marriott Makes the Case for Starwood

Interestingly, Marriott CEO Arne Sorenson’s letter to shareholders read like an abbreviated extension of his investors call from March 21. In it, he listed specific bullet points for the “significant opportunities to build value for both Marriott and Starwood stockholders from a combined company.” He mentioned the loyalty programs; benefits of an integrated salesforce; a 30-brand strong portfolio; synergies (a.k.a. cost savings) of $250 million; growth opportunities; an attractive balance sheet and sustainable cash flow; enhanced competitiveness for all properties; and the growth of Starwood’s brands.

During that March 21 investor’s call, held a little less than an hour after news of the new agreement broke, Sorenson was effectively appealing to both Marriott and Starwood shareholders to demonstrate the importance of a combined company, and keep its stock prices high to ensure the value of the new deal.

“I think Marriott was doing its best to say, ‘Look at how valuable our company will be when we put the two pieces together,” David Loeb, managing director and senior real estate research analyst for Baird Equity Research, told Skift about the call. “Look at how global company is on a standalone basis. And look at how well we will perform this year. It was done to prop up the stock prices. That’s what everyone is doing. They need their stock to stay high. If their stock falls sharply today, it lowers the price of the deal and their offer is no better than Anbang’s. They were putting their best foot forward to say why we like this deal and it’s still attractive. We’ve got great unit growth and revenue per available room this year. They were saying, ‘Don’t give up on us. The cycle isn’t over. There’s still more to come.’”

Even though Starwood can’t actively engage in any conversations with Anbang right now, that doesn’t mean Anbang won’t come back with a new offer to buy Starwood. That’s another reason why Marriott is doing all it can to convince both Marriott and Starwood shareholders to embrace the new agreement.

“If another bid comes in and they [Starwood] think it’s worth pursuing that, they could do that,” Sorenson said on March 21. “They are not barred from considering other transactions that may come about.”

Like we noted earlier this week, there’s still a chance Marriott could lose Starwood to Anbang again. We’ll just have to wait and see if anything happens between now and April 8.