Chinese outbound and domestic travel will show gains even with economic stresses facing China's middle class during the next four years. But those gains won't come without challenges that prevent growth from reaching even higher heights.

Chinese travelers are forecast to make more than 200 million outbound trips per year by 2020–that’s a 100% increase from the number of trips they took in 2015 (100 million) and they’ll face significant obstacles in coming years even as travel increases.

That number reflects a drag in growth, though, as Credit Lyonnais Securities Asia (CLSA), an independent investment and brokerage group based in Hong Kong, decreased its annual Chinese travel growth forecast for the next four years from 11 percent to nine percent as China’s economy shows signs of slowdown in its middle class. CLSA recently released a report on Chinese travelers in 2016 highlighting the largest challenges they face as they continue boosting their international travelers and growing more adventurous. CLSA interviewed 401 Chinese outbound travelers in-person in 25 cities such as Beijing, Shanghai, Hangzhou, Shenzhen and Guangzhou. The average age of respondents was 35 and their average monthly household disposable income was $2,760.

The report mentions that China ranks near the bottom in the world in terms of paid time off and the number of public holidays given to the average employee, so economic pressures aren’t the only factors preventing Chinese travel from ballooning faster. Safety is major concern given recent terror attacks in Paris and Istanbul as is cost of travel (see Chart 1).

Chart 1: Safety issues are a major concern for Chinese tourists. The safety category had the highest percentage for 2015 (75 percent) and increased 12 percentage points from 2014 and 34 percentage points since 2013. The good news–visa availability isn’t as pressing as it was in 2013. Chart 2: The U.S. has the most expensive visa fee of any other country for Chinese travelers ($160). Though Chinese tourists can now get extended tourist visas for the U.S., a fee like that is still a deterrent. Chart 3: Hilton consistently tops as the brand Chinese travelers want to stay at most while traveling if money was no object. Marriott and Starwood properties weren’t far behind but with Marriott-Starwood now the world’s largest hotel company it needs to ensure it appeals to Chinese travelers even more. Chart 4: Chinese travelers choosing group tours increased by eight percentage points year-over-year for 2015 to 61 percent of respondents. Group tours are increasingly prominent with this group as Japan and South Korea, for example, are more popular destinations for Chinese travelers and in many parts of both countries Chinese or English is neither understood nor spoken. 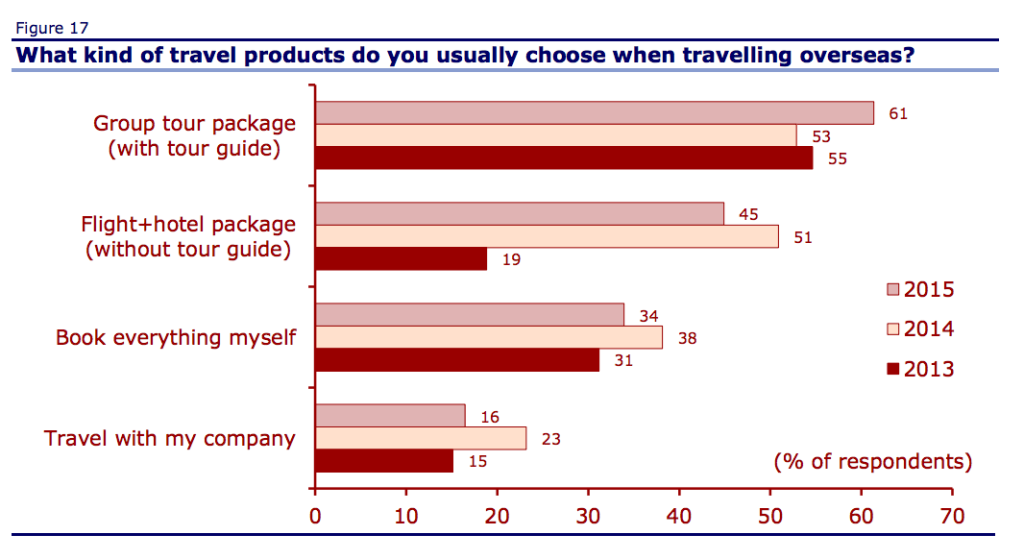 Chart 7: When thinking realistically respondents favor destinations relatively close to China such as South Korea, Japan, Thailand and Hong Kong. But if money was no object 17 percent of respondents said they’d pack up for the U.S. and 12 percent said they’d head for France.