TripAdvisor Focuses Instant Booking on the Hotels and Markets That Matter 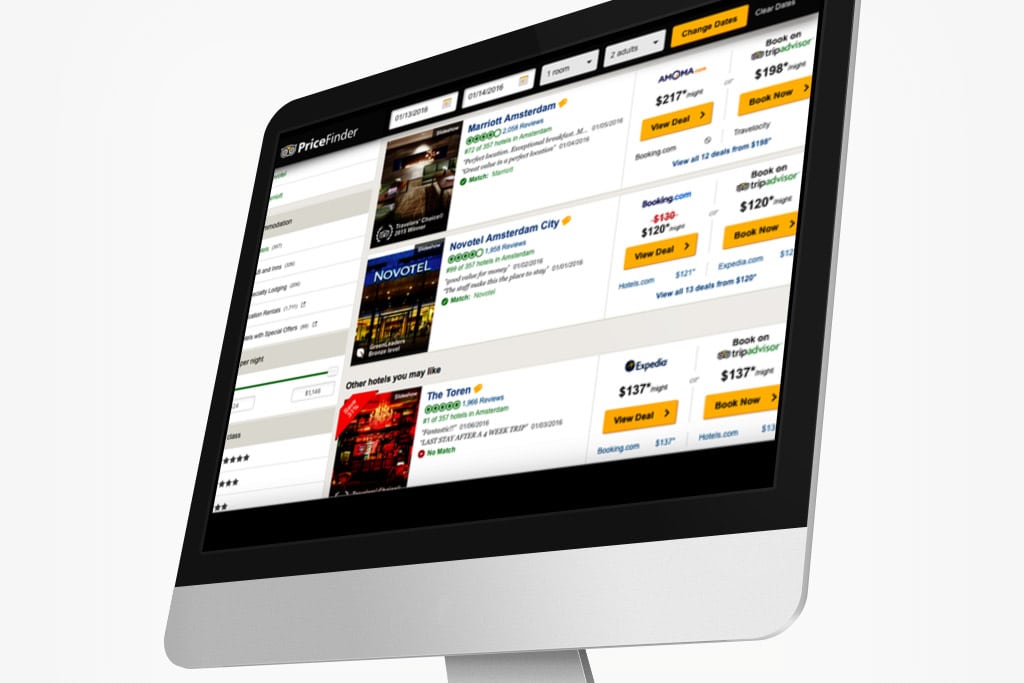 Skift Take
While TripAdvisor Instant Booking has become pervasive on its sites, success isn’t assured. Ultimately, it will be up to consumers decide if TripAdvisor is the place they want to book their travel.
— Dennis Schaal
Share
Tweet
Share
Post
Send

TripAdvisor stated several months ago that after it implements its booking partnership with Booking.com and sister companies Priceline.com and Agoda then more than half — 56 percent — of the hotels displayed on TripAdvisor sites would be able to be booked right there through its Instant Booking feature instead of forcing travelers to navigate to third-party sites metasearch-style.

Over the last four months, financial firm PiperJaffray studied the extensiveness and progress of TripAdvisor Instant Booking, and found that when it comes to the most popular hotels in the most important markets, TripAdvisor in December could handle the bookings on 92 percent of them, up from 76 percent in September 2015.

PiperJaffray reached this tally by analyzing 500 hotels on TripAdvisor, namely the top five online bookable hotels in the top 100 markets in September and then December 2015, and attributed the increased coverage largely to implementation of the TripAdvisor-Booking.com partnership, which began in November.

“The fact that Instant Book over-indexes among top-rated/trafficked hotels is an indication that the company is focusing on the relationships that matter,” PiperJaffray analyst Michael Olson wrote this week in a research note about TripAdvisor, “Instant Book Inventory Filling Out; Positioned For Improving Visitor Engagement.”

“We believe that the 80/20 rule applies in the hotel world and whether a hotel on page 5 of TripAdvisor’s search results is enabled with Instant Book is much less important than the first five hotels on the page 1 of TripAdvisor search results,” Olson wrote.

The following chart shows the increased TripAdvisor Instant Booking penetration by region among top hotels in key markets and how it has increased over the past four months because of the on-boarding of Booking.com as a TripAdvisor booking partner.

Note that Europe has seen the greatest percentage-point increase — 20 percentage points — among all regions around the world because of Booking.com’s strength on that continent. It is also interesting that TripAdvisor’s Instant Booking penetration in Europe and Asia-Pacific, 92 and 90 percent, respectively, tails behind the 96 percent penetration in North America, presumably because of the greater fragmentation of the European and Asia-Pacific hotel markets.

The pervasiveness of TripAdvisor Instant Booking, which picked up steam in July, and reached a crescendo in December, isn’t all about TripAdvisor’s Priceline Group partnership. TripAdvisor has also notched booking partnerships with most of the biggest  hotel chains in the world. Notable exceptions include Hilton Worldwide, InterContinental Hotels Group, and Starwood, although the latter will presumably hop on board because of its acquisition by Marriott, which has a booking partnership with TripAdvisor, as do chains such as Accor, Best Western, Wyndham, Choice, Hyatt, and Radisson, among others.

Is it better for travelers to use the Book on TripAdvisor option or to use its price comparison/metasearch option when looking to book a hotel? PiperJaffray found that the TripAdvisor booking feature had ower pricing than the metasearch option 20 percent of the time in December, down from 23 percent in September, and it had the same hotel rates 58 percent of the time.

Anyone who doubts TripAdvisor’s intent to become a major player in travel booking — and not just as an advertising platform — should now be convinced about TripAdvisor’s potential given the ubiquity of TripAdvisor Instant Booking on its sites.

Success for TripAdvisor as a booking site, though, isn’t assured. Kayak CEO Steve Hafner and Priceline Group CEO Darren Huston argue that Instant Booking may not turn out to be a game-changer for TripAdvisor. Kayak pioneered this sort of metasearch site booking several years ago and its impact wasnt earth-shattering, they argue.

Of course, the Priceline Group, despite its partnership with TripAdvisor, would prefer if TripAdvisor Instant Booking were merely to evolve into another distribution channel among many as opposed to transforming TripAdvisor into an even more-formidable competitor.

Ultimately, it will be up to consumers to decide if TripAdvisor disrupts the online travel agency sector by becoming a preferred platform for travel booking.

Subscribe Now
Tags: booking.com, tripadvisor
Photo Credit: TripAdvisor is offering booking options on its sites for 92 percent of the top five hotels in the largest 100 markets around the world, according to a PiperJaffray study. TripAdvisor