British Millennials Use Travel Agents at Twice the Rate of Americans Skift Take
The British millennials value traditional travel agents more than American millennials, but still a large majority have moved away from it, which shows in the number of shuttered high street travel agent store fronts over the last decade or so.
— Rafat Ali
Share
Tweet
Share
Post
Send 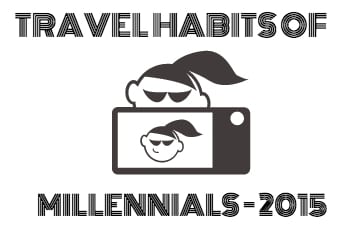 Over this year, we are doing a series of consumer surveys at regular intervals that probe various travel habits and nuances of millennials.

Third in this Travel Habits of Millennials 2015 series is a question we asked in the first survey, but aimed this time at the millennials in the UK: “Have you used a travel agent to book a leisure trip in the last 12 months?”

This question was posed to about 750+ British millennials earlier this month, using Google Consumer Surveys.

The topline answer, in keeping with the still relatively-larger popularity of packaged travel and travel agents in UK: Almost 20 percent of millennials said yes, they had used a traditional travel agent in the last year.

Another 10 percent said they did so prior to that last year’s window. A full 70+ percent of British millennials haven’t used a travel agent at all while booking their travels. This is almost double the use-ratio of American millennials, which stands at about 10 percent in the last year, according to our survey results last month.

Important: This online survey — not served to Skift users — was administered to about 750+ members of the U.K. adult internet population, in the age range 18-34, in the first week of April 2015, through Google Consumer Surveys. The methodology is explained here.